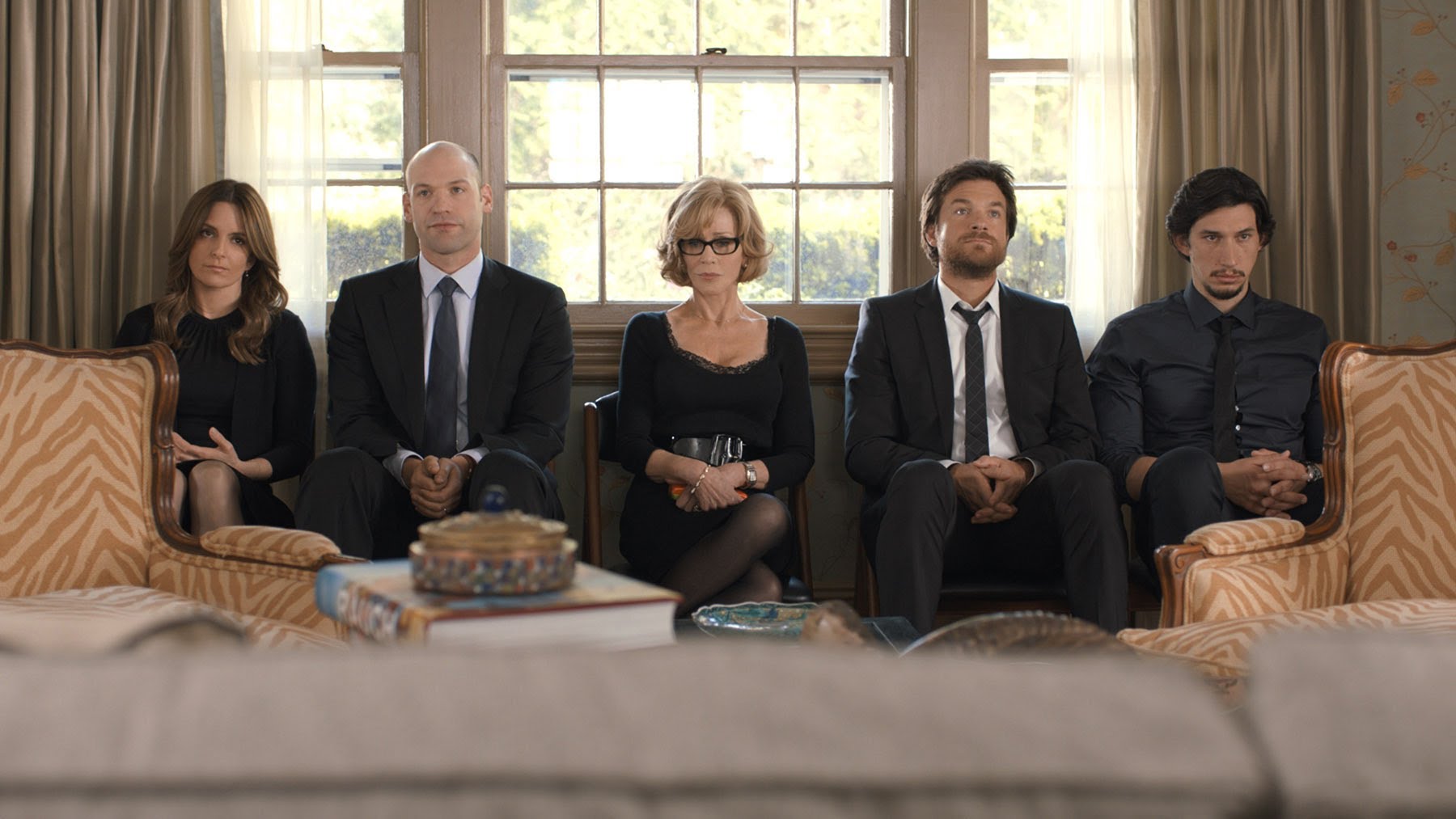 Been Here Before: This Is Where I Leave You

It appears that going back home for a funeral is still the best way to find love and experience a journey of self-discovery. Dating back to classic films like The Big Chill and including newer favourites such as Garden State, the funeral slice of life film has now become an overused and tired cliché. This isn’t completely fair, considering that the novel appeared to breathe some new life into the trope, but something about the movie gets lost in translation.

Our central protagonist, Judd Altman (Jason Bateman), is a man having a rather bad year. He has found himself unemployed and directionless after returning home early one day and discovering his wife in bed with another man. Now, after the sudden death of his father, he has to return home to sit shiva (a Jewish tradition of seven days of mourning and remembrance) with his overtly sexual mother (Jane Fonda), overbearing sister (Tina Fey), straight-laced older brother (Corey Stoll) and man-child younger sibling (Adam Driver), as well as their spouses and an assortment of other characters. Meanwhile, a burgeoning romance with his high school sweetheart Penny Moore (Rose Byrne) further complicates an already high-tension week.

With a huge ensemble cast piece like this one, success completely relies upon chemistry and this movie just does not seem to manage it. Like many others, I have started to get sick of Jason Bateman repeatedly playing what seems to be the same character. The rest of the cast is also full of comedic talent. I have barely mentioned half the featured players, and nobody really seems to pull together. Adam Driver seems to fall into his role the most naturally, and is the best character by far. Also, at moments, Tina Fey manages to pull off the snarkiness of her character while eliciting some real emotion from her truly heartbreaking backstory. Aside from that, the actors feel like they are playing out a series of events without really fleshing out the characters, which makes it difficult for the comedy to flow from what are supposed to be natural conversations.

Truly, the core problem of the movie is that is just doesn’t manage to be funny. While repeating most of the same lines and scenes from the book that felt witty therein, the movie just falls flat. It’s hard to put into words exactly why some things aren’t funny when they are supposed to be, so it is difficult to critique a movie that has this problem. I’d blame a good portion of the problem on the lack of chemistry, but it’s more than just that. Something is just… missing when multiple scenes of playful and clever banter go by and a whole theater full of people is completely silent.

It didn’t help that Shawn Levy (the book’s writer and the film’s director) didn’t fight for some of the more memorable aspects of the book to be included. For example, the opening scene of the novel was one of the most memorable things about it. When Judd walks in on his wife having an affair with his boss, his first reaction is to attempt to shove his wife’s birthday cake up his boss’ ass. This results in the boss’ pubis catching aflame and burning his scrotes. It may be juvenile humour, but it certainly is more attention-grabbing than the same caught-in-the-affair intro that has been seen in other films, countless times. Also cut was the backstory behind Judd’s older brother Paul. What was a conflicted character in the novel, who had a reason to be mad at Judd, now just comes off as a bit of an asshole for no apparent reason.

Lastly, and the worst change made out of all of them, is that the integrity has been completely sucked out of the ending. When I was reading the novel, I was a little perplexed as to what the title meant. This is Where I Leave You did not appear to apply to anything plot-wise and was not a quote within. The ending of the novel appeared to make everything more clear. After a week of reflection and self-discovery, Judd had learned a lot about himself but, with so many complications in his life and an unsure future on the horizon, he has a dilemma over what to do next with his life. Then the book ends ambiguously, with Judd debating over his next decision while also feeling that, no matter what he does, somehow he’ll come out alright.

Well, being the ambiguity-hating monster that it is, Hollywood managed to suck all of it out of the ending. Instead of leaving us suddenly without a sure answer (which is still my best guess as to where the title came from), the movie feels the need to not only wrap up every loose end, but to give us the happiest of all possible scenarios. This not only manages to confuse the meaning of the title, but also makes the whole feature seem like the schmaltziest junk possible.

Halfway through, the movie even picks up the non-canon mantra of “Judd doesn’t do complicated” and that he needs to complicate his life. God, that doesn’t even sound like a real movie line, it sounds like a badly written piece of narration from a cheesy trailer. Thanks, movie, for repeatedly stating an unnecessary moral in this story (whew… some people were going to think for themselves before you did so) and then completely upending all the complications by having Judd find all the best possible answers to his worries.

Just to elaborate, I am being a little harder on this movie than is probably necessary. For me, it was a pretty big letdown, because the novel it was based on was rather good. For most audiences, it will probably get a pass due to the fact that, while it never truly succeeds, the movie never really manages to fail. This is Where I Leave You isn’t bad, but it feels overly familiar and is ultimately forgettable.