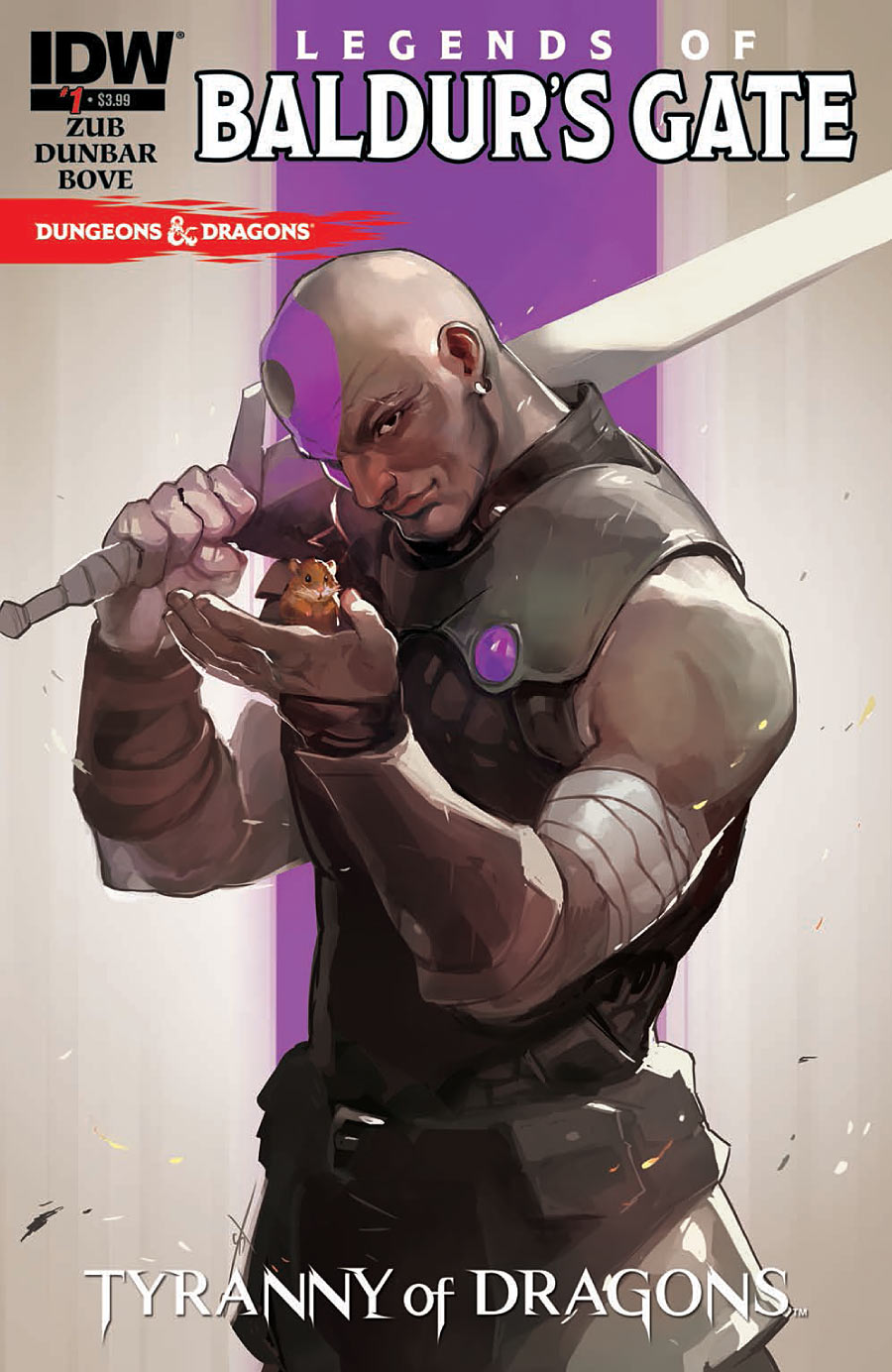 A Critical 1, But Not A Failure

Just when you thought my rambling comics commentaries couldn’t get any geekier, this past week saw the launch of a new comic book series set in the world of Dungeons & Dragons. How could I possibly resist? Doubling Down with D&D!

The 40th anniversary of the original epic tabletop role-playing game franchise has already been marked with a new logo and a new edition of rules for the game. While I found the first revelation disappointing and am reserving judgment on the second, Dungeons & Dragons: Legends of Baldur’s Gate #1 hits the ground running. Literally. A hero running away from gargoyle-like beasties on the first page. Did somebody say “adventure comics”? I know, I know. We covered that two weeks ago.

Here’s the thing about D&D… Most people I know will explain role-playing games to the uninitiated as cooperative adventure storytelling. So, it follows that a comic book under that banner needs to live up to a shared imaginative legacy four decades in the making. It was, therefore, pleasant to discover that the final pages of the issue include a short essay by the comic’s writer, Toronto-based Jim Zub, who attributes his writing career to playing the game as an eight-year-old. In short, he gets it. Having that logo, even if it is the new one, on the cover means something.

Among the most potent forces in role-playing games are legitimate peril and the element of chance, both of which instill a sense that anything can happen(and it quite often does). I don’t anticipate that degree of true randomness and legitimate danger in the comic, as much as I enjoy a jarring narrative, but the twists and surprises of this first issue make the impression that we humble readers are being set up for something big.

The comic book, like the first night of an ongoing series of game-playing sessions, does a splendid job of introducing the characters and providing a glimpse of the world where they’ll be getting into mischief. Arcane powers are spectacularly displayed, swords are menacingly unsheathed, and an emotive hamster(a faithful companion to the sword-wielding ranger – and, yes, you read that correctly) steals the show.

Those familiar with previous D&D licensed creations set in the city of Baldur’s Gate may already be familiar with Minsc and his pet “miniature giant space hamster”, Boo. I wasn’t and didn’t find it detrimental. Mostly because the action in this story follows a scrappy Moon Elf Sorceress(it wouldn’t technically be anachronistic to call her a “Sorcerer” in a made-up world, would it?) named Delina. Despite the issue basically being a long chase scene, the stunning detail of Max Dunbar’s art and the atmospheric awareness in John-Paul Bove’s colour work immerse the reader in the well-established world quite nicely.

For me, an authentic RPG-like experience also includes humour. Whether it’s witty banter or outright goofiness, as serious as a quest might get, tabletop role-playing involves spending time imagining a quest with your friends… and, ideally, an assortment of intoxicating snacks. Looking back at my previous writings on comics, I find it surprising that I haven’t really looked at humour yet – all in good time – but this comic does deliver some funny. I’m looking forward to it coming in larger doses when the necessary exposition drops away. Did I mention there’s a hamster!? The stage is, clearly, set.

Whether you regularly sling polyhedral dice or you’re just in the mood to get in on the grand floor of an epic fantastical adventure, the creative team of Dungeons & Dragons: Legends of Baldur’s Gate #1 are already on a roll and you should check their work out. Hamster!!!