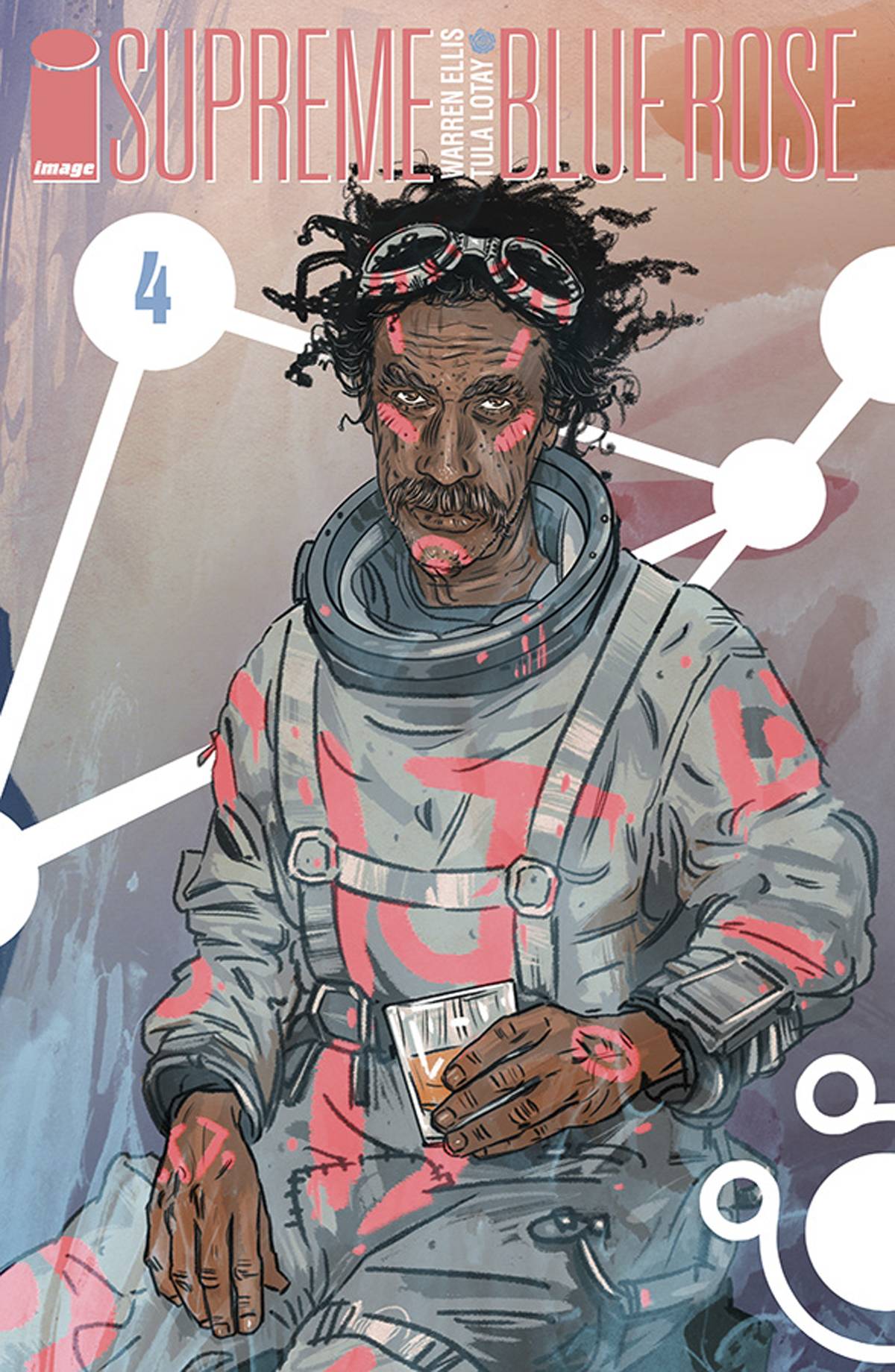 The Blooming of Supreme: Blue Rose

For as long as it’s true, I’ll continue reminding people that I’m fairly new to the act of talking(and writing) about comics. I don’t think of it as an excuse so much as a justification for my palate-in-progress. I know enough about myself, though, to admit I have an open mind to trying new things, like the #1 issues that cross my path, even if I’ve just heard about them in passing.

In fact, writing like this has, over these few weeks, pushed me to be even more curious about comics that might not be up my alley, but might capture the imagination of someone who stumbles upon an article like this. Rest assured I’ll be gushing over my favourite titles in the near future and I’ll be adamant about you trying them on for size, but I’m hoping to go out on a few limbs too.

A few months ago, I picked up the first issue of Supreme: Blue Rose. I recognized the writer’s name – Warren Ellis – though I’ll admit I can’t confidently rhyme off a list of other things he’s written. Maybe I lose geek points for that, but who’s counting? After reading tightly-constructed episodic issues of other comics, the narrative structure was nebulous and a bit jarring. To my understanding, there was a comic called Supreme that isn’t directly related to Supreme: Blue Rose… Here’s the thing, though. Supreme: Blue Rose explores multiversal time. Alternate versions of history and a branching timeline for the universe. Big, heady concepts and theories… and ones which suggest that knowing the previous series isn’t necessary for reading this one. Supreme: Blue Rose brings us into this complex environment by mostly following Diana Dane, an underemployed investigative reporter – just the sort of character you’d want to be a touchstone through something this unusual.

If you’re not already a reader of comics, thanks for making it this far into a comic book review, which is what this will end up being, believe it or not. I’m grateful for an editor who lets me meander verbally like this. And no matter who you are, I think there is probably a comic out there that’s perfect for you. It wasn’t until this week, reading Supreme: Blue Rose #4 that things started to fall into place for me, in a satisfying way, in this series. Characters who only had brief appearances previously started to take a more defined shape. Plot dots finally started to connect and resemble the beginnings of a constellation. I can appreciate that not everyone is patient enough to watch four episodes of a new television show or read four chapters of an unusual book, but I think a comic book has one specific advantage.

Every issue of Supreme: Blue Rose is abso-freaking-lutely beautiful. Artist Tula Lotay’s work is unlike anything I’ve ever seen in a monthly comic book before. Blurry and squiggly elements throughout series are a reassuring counterpoint and complement to the unusual storytelling style. I’m not sure that a different approach would’ve held my attention as successfully. It’s a slow build, an unraveling mystery, with lots of roses to smell along the way. Blue ones.

If you find enigmatic and/or poetic passages distracting or you insist on crisp lines and flat colours, this might not be the series for you. If you’re new to comics and haven’t read any graphic novels that take their artistic liberties seriously, this might not be the best title to dive into as an entry-level endeavour. But, if you’re looking for something to slowly and sensually sip and savour, Supreme: Blue Rose might just be something that satisfies you.