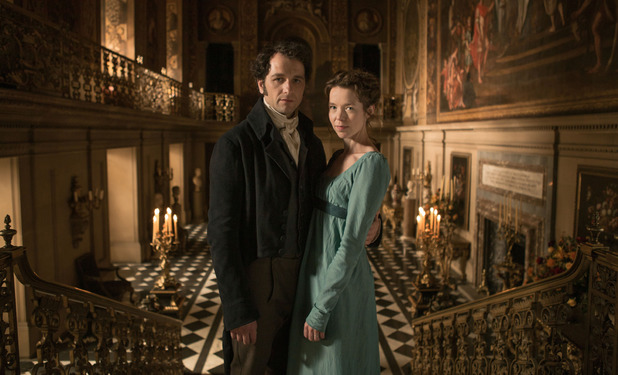 Taking the beloved character of Jane Austen’s Pride and Prejudice a few years after the events of the novel and thrusting them in the middle of a scandal, this mini-series adaptation of PD James’ novel Death Comes to Pemberley is a delightful, suspenseful blend of a period drama and a good old-fashioned murder mystery.

One of the nice things about using already known characters is that a lot of the history and interpersonal relationships have been explored across many mediums, so there isn’t an overwhelming need to cram in backstories, as often happens with murder mysteries. In fact, some of the weakest scenes were ones featuring flashbacks to the original novel. Since many viewers of the program are probably already coming in as fans of the Pride and Prejudice, or at least knowing the story, only a minimal amount of reiteration is really necessary. The dialogue where characters reference past events should have been more than enough to jog people’s memories, or let them infer what happened between the characters. Showing flashbacks seems like overkill.

The dramatic interpersonal relationships and suspense built around the crime itself are tempered with surprising comedic relief. Much of that credit goes to Jenna Coleman, who plays Lydia Bennet (or Lydia Wickham, rather), and brings the character’s self-centeredness and general ridiculousness to each scene she’s in with relish, and yet never goes overboard with it.

While Lydia and Mr. and Mrs. Bennet are easily recognizable from the novels as far as personality goes, the rest of the characters seem a little muted. The midst of a murder inquiry is hardly the place for Elizabeth to demonstrate her celebrated wit, and Mr. Darcy’s infamous pride is something that at this point of his character, he has mostly subdued. It’s interesting to see this adaptation’s interpretations of these characters, as they are much tamer versions of the characters in Pride and Prejudice. That’s not meant as a criticism against the series; after all, Pride and Prejudice was about the evolution of Elizabeth and Mr. Darcy. It makes sense that years into their marriage they’ve evolved more and are more mature. This is just a warning for Austen die-hards that this series is less about banter and more about murder.

Death Comes to Pemberley is a well-crafted thriller. It balances the tense relationships between the cast with suspense. Not only is it well written and acted, but it was well shot. It has truly beautiful camera shots, not to mention the gorgeous costuming and sets. If you’re a period drama enthusiast, or a mystery buff, or better yet, both, Death Comes to Pemberley is well worth the watch.

The finale of Death Comes to Pemberley airs in the US this coming Sunday.