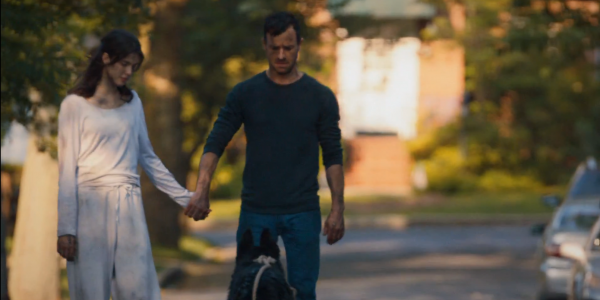 Season Wrap Up: The Leftovers

The Leftovers ended with “The Prodigal Son Returns” last week and after an hour of more despair and some really horrific and devastating scenes, it looks like Kevin and the gang are starting to heal. Kevin even got along with that dog!

Matt helped Kevin get rid of Patti’s body. Kevin then thought Matt was taking him to the psychiatric hospital, but it was just a dream. They ended up getting food and Kevin witnessed Wayne’s death. Not before Wayne granted him a wish. He didn’t say it out loud, but by the end of the episode it looked like it may be coming true. It looks like Kevin just wants his family back. He told Matt that Patti said he understood why they stayed. Then he went on about losing his family. Speaking of Wayne, Christine took off and left Tommy with the baby.

Jill joined the Guilty Remnant, despite Laurie’s wishes, but they still went on with the plan. As we all knew they set up dummies of the people who disappeared. And the townspeople lost it. Kevin came back to a horrifying mess. Even the mayor said he was right. He had to run into the burning GR headquarters to save Jill after Laurie finally spoke and screamed that she was in there.

In the end Nora couldn’t handle the scene the GR left for her in her kitchen. She wrote Kevin a note only to find a baby on their porch. Tommy had left the baby there. She picked it up and saw Kevin and Jill, who are now as close and are healing their broken relationship. It looks like these three and the baby will try to be together. Meanwhile, Tommy somehow found Laurie and it looks like they’re going to rekindle their relationship.

This was definitely a strong episode and a good way to end the season. However I found the whole season to be incredibly hard to watch and frustrating. Everything was so tragic and depressing and hopeless. That was part of the point though, I guess.