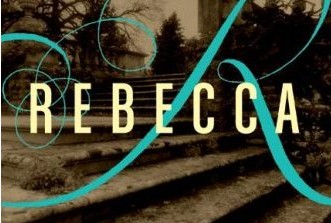 I don’t often read classics, but when I do I’m pleasantly surprised. Daphne Du Maurier’s Rebecca  is the kind of classic novel that immediately appeals to me. It’s well known, but not too well known, and it has a female protagonist. It also has gothic appeal which I’m all for. So with all those things going for it, I was really eager to take a dive into the world of Manderley and it did not disappoint.

The thing about Rebecca is that it’s one of those books which is infinitely better after discussing it with a friend, fellow student, professor, or book club members. Really, book clubs and classrooms across the world should make this classic a requirement. There’s just so much after reading that really warrants discussion.

Unfortunately, you’ll have to take my word for it because explaining the beauty of Rebecca would require spilling some plot details that would ruin the enjoyment of the novel. Ultimately though, the plot itself is not the main reason for Rebecca’s success but rather the characters. In my point of view, there are three main characters that make this novel so intriguing:

1)     The un-named narrator- The book really beings at the end with the narrator thinking about Manderley, the mansion she lived in with her husband. It back-tracks and tells the story of how this young girl met the older Maxim. The two are quickly married and she’s swept away to his house. There she soon learns of his ex-wife, who has passed away, Rebecca. The narrator was actually my least favorite character for half of the book. She blindly follows around this man, marries him, and then lets herself be somewhat emotionally abused by some of his house staff members. Basically, the narrator is an extremely weak character. I wrote her off immediately as unimportant, but that was me doing a huge disservice to Du Maurier. Halfway through the novel, the narrator learns what really happened to Rebecca and suddenly she becomes a much stronger character. She still is in many ways the obedient wife, but in choosing to act for herself she develops strength. She went from being a character I loathed to one I respected.

2)     Rebecca- Very few novels can make one person have such a presence without even being in the novel. The narrator lives in Rebecca’s shadow and is constantly worried about upsetting the way things are in Manderly. She makes little to no requests of the staff and often explains that she doesn’t want things to change from the manner in which Rebecca ran the house. What’s the most interesting about Rebecca is the theme of time and memories. There are numerous quotable quotes about the strength of memories and how time can often distort memories. Rebecca is the personification of this idea. What the narrator believes about Rebecca is really a distortion of reality, much like memories can be.

3)     Manderley- Place as character is never more present than in Rebecca. While Manderley was certainly not my favorite character in the novel, the setting really did help to captivate the reader. Again, I cannot go into much detail without spoiling the ending but suffice it to say that Manderley’s journey and it’s ties with Rebecca are worth the read.