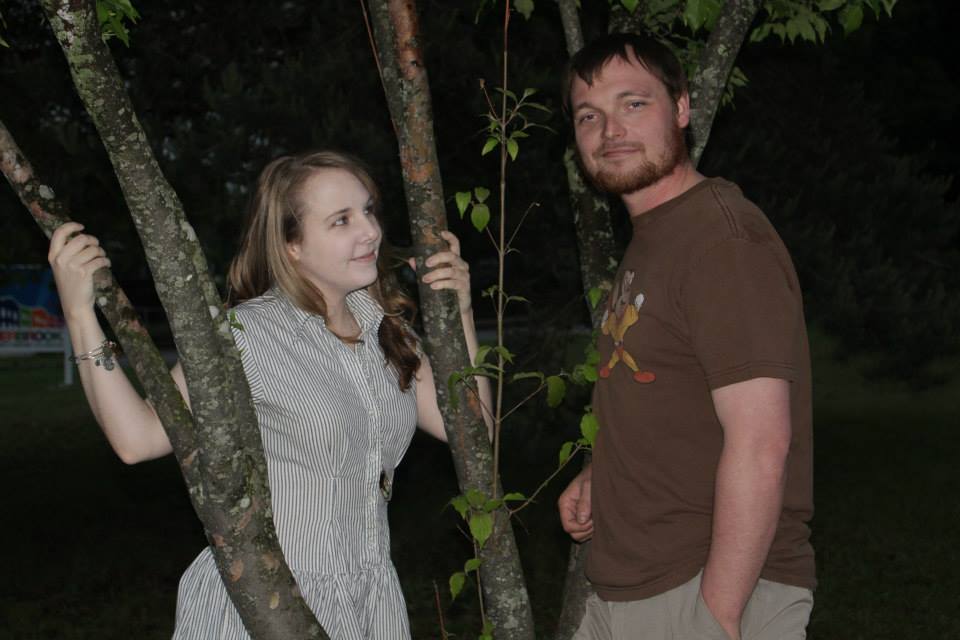 In the middle of Dedham, Massachusetts, a new theatre company spread its wings with a production of Shakespeare’s As You Like It. This production choice was the perfect summer treat and an excellent decision for the young and growing Dragonfly Theater. With strong female leads and plenty of supporting ensemble roles, As You Like It proved why it is one of Shakespeare’s most lighthearted comedies and easily accessible plays for modern audiences.

As You Like It concerns Rosalind (Megan Cotty), a daughter of a banished Duke Senior (Craig Traux), who is likewise banished by her tyrannical uncle, Duke Frederick (Samuel Botsford), despite the pleas of her confidante and cousin, Celia (Elizabeth Loranth). Rosalind witnesses one of Duke Frederick’s wrestling matches before she leaves court, and there she falls instantly in love with the triumphant competitor, Orlando (Tom Leasure), who has his own string of bad luck as the youngest son of a politically unpopular father. Fleeing from the oppressive court, Rosalind takes refuge in the Forest of Arden with Celia and the court fool, Touchstone (Matt Tracy). Disguised as the young boy Ganymede, Rosalind meets a host of characters with their own ill fortunes in love. She also finds her love, Orlando, and she teaches him how to woo his Rosalind, all while she is disguised as a boy, for fun gender-bending delight and humor.

Other couples are not so fortunate in love in the forest. Touchstone has fallen in love with the bawdy wench, Audrey (Jennifer Walsh), despite her ties to another man. Silvius (Brian Balduzzi), a young shepherd, plies for the love of Phoebe (Julie Carmel), a young shepherdess, much to her disdain. When Rosalind (as Ganymede) appears, however, Phoebe quickly falls for the attractive youth, creating a love triangle, which becomes a hilarious love quartet (rhombus?) when Orlando arrives looking for Rosalind. Meanwhile, the melancholy Jacques (David Perelman) watches and opines on the ridiculousness of the world around him. Like a true Shakespearean comedy, this play has swordfights, love, fools, and laughter with family-friendly action. All is resolved in the end as Rosalind reveals herself to her Orlando, Phoebe and Silvius, and even her banished father, Duke Senior, whom she finds in the Forest with a merry band of Foresters. Duke Frederick relinquishes the crown to Duke Senior, and all is as you like it at the end.

Many audience members appreciate As You Like It because it feels more realistic than A Midsummer Night’s Dream but it doesn’t have the complicated structure of some of the later comedies. The play also features one of Shakespeare’s finest heroines, who speaks intelligently and takes action into her own hands. The action also moves at a steady pace, helped by the multiple storylines which all support the main action of Rosalind’s love story with Orlando. Oft-overlooked is Rosalind and Celia’s friendship, which is one of the strongest examples of female camaraderie in Shakespeare’s canon, if not the best friendship in any Shakespeare play. The play also works perfectly outdoors because it contains many references to nature, the Forest, and life in the wild. The elements (sun, wind, birds) accentuate the story’s themes and ideas, providing a perfect symphony of sound.

Dragonfly Theater performed As You Like It at the Mother Brook Arts and Community Center and at the Fairbanks House, both in Dedham, Massachusetts. This venue allowed the troupe to perform both at night and in the lazy afternoons, rain or shine. The director, Charles Hughes, assisted by Producer, Beca Gates, decided to set the production in the 1960s/1970s, invoking a hippie vibe for the Forest of Arden. Original music was performed by Hughes as one of the Foresters, featured throughout the production to the words of Shakespeare’s text. The overall effect enraptured audience members in the sights and sounds of Shakespeare’s most accessible play in the glorious days of summer. To sweeten the deal, Dragonfly Theater performed the outdoor productions for free, though accepting donations. This production was truly As You Like It.

Next up, Dragonfly Theater presents Oscar Wilde’s hilarious and biting comedy The Importance of Being Earnest, from October 9 through 19, again at the Mother Brook Arts & Community Center. Tickets are $10, and more information is available on their website.