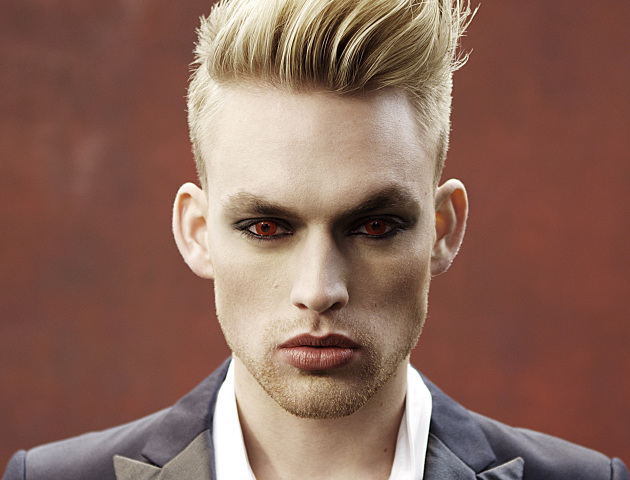 ANTM: The Wicked Witch is Dead

Cylce 21 of ANTM is continuing its streak of simultaneously enraging and entertaining.

This season’s two major villains played center stage in Monday’s episode: Mirjana and Romeo. Both have proven to be the most overly dramatic of the bunch. Mirjana has a boyfriend at home but previously flirted with Matthew until they had a bit of a tiff and then she set her sights on Denzel. Monday’s episode began with a truth or dare game where Mirjana began making out with Kari, while the boys drooled nearby*. Then, she and Denzel continued their flirtation this week as Denzel grew jealous of her sexy photo shoot with Keith, and Mirjana declared Denzel her boyfriend. I’m not sure if I missed where she dumped her current BF back home, but after seeing her cheating ways, I’m sure that relationship is over anyways.

Romeo, the house Wiccan, continued to target models for eviction. This week he was casting his sights on Adam. Romeo went from casting spells to oust his competition to suddenly wanting the undeserving folk to leave. I have to admit that Romeo is 100% correct in saying that Adam is not a model. It’s only a matter of time before Adam gets the Tyra-boot, and as I’ve previously stated the male models on this show tend to be guys who look good but don’t actually know how to model. Regardless, Romeo is a compete jerk and ended up head-butting Adam in a drunken stupor. Post-hangover, Romeo wasn’t the slightest bit apologetic and ended up getting kicked out due to the show’s zero tolerance policy on physical altercations. Romeo and his wicked witchy ways has been the biggest headache of the season so far and the judges seemed to really like him, so I’m glad he’s gone sooner rather than later.

This week’s shoot was actually for a commercial and required the models to pair up: one was the black widow and one was the victim. The shoot was all about sex appeal and helped to push a few models to the front of the line (specifically, Will and Raelia) and it brought some strong models to the bottom of the pack (Ben and Lenox, the latter who was narrowly saved due to Romeo’s exit).

*As a side note of frustration: Last week, the audience learned that Matthew and Will shared a kiss but no footage of the actual kiss was aired. This week, two girls share a kiss and the entire make-out (including tongue) was shown. I think there’s a strange double standard here. I have a hard time believing that there was no footage of Matthew and Will kissing, so it was clearly an editing decision. It also seems unfair that a potential romantic relationship is not given air time when a drunken game is. I take huge offense to this and am offended for both gay men and straight woman everywhere. (And additional aside: What’s up with the gay male and ‘straight’ man bromances lately? First, Zankie from Big Brother and now Matthew/Will…I’m not complaining just pointing it out.)