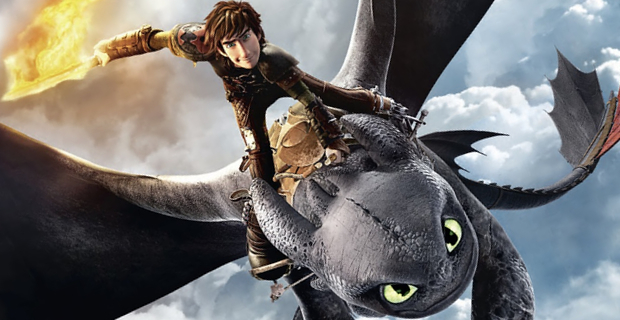 The Continuing Adventures of Hiccup and His Vikings

The first How to Train Your Dragon film took a tired storyline premise and managed to rework it with good characters, visuals and humour. Not unlike the blockbuster Avatar (which came out the year prior and was outshone by this pic in my opinion), HTTYD featured a character who started off fighting an enemy and ended up defending them against his prior allies. Oh, and also like Avatar, it had sweet 3D flying visuals…but better. With the central conflict gone and Hiccup’s Viking island now entirely accepting of dragons, what is there left for our heroes to do? Not a whole lot I’m afraid. That seems to be the main problem with this Dreamworks sequel.

Hiccup (Jay Baruchel), his father (Gerard Butler), and the rest of our characters have evolved about as much, character-wise, as they are ever going to. So, it is up to the plot, which centres on two new characters, to drive the entire film.

Shortly into the feature, Hiccup discovers his long-lost mother Valka (Cate Blanchett) and finds that she is also a dragon tamer who has taken up residence on an island populated by dragons. He becomes separated from his friends when a group of rogues attack, led by the villainous Drago (Djimon Hounsou). Eventually, Hiccup embarks on a quest to rejoin his allies, his mother and these new dragons, to take on this powerful new enemy.

What the film really lacks is sufficient conflict and tension to keep it running. When Hiccup, and later his family and friends, meet Valka there are no apparent lingering issues. The conversation basically goes, “Hey, we remember you and we now we share all the same morals so lets just be friends and expose the backstory for a significant portion of the film!”

This leaves our villain to drive the story forward in this sequel. Unfortunately, he is merely hinted about for much of the film and then turns out to be a lot less interesting than the tales told about him. His entire character can be summed up by his missing body parts, his hate of dragons and his belief in using fear to control them. Aside from that…your guess is as good as mine.

When Drago finally clashes with our heroes, it seems like the movie wants the central conflict to be the idea of “friends vs. fear” regarding the training of dragons. The problem with this conceit is that the film never really stands behind the “fear” argument; at no time does the tone of the film or its characters really attempt to convince the audience that Drago may be right.

What results is a film that feels a lot more like a longer episode of its spin-off television show than a full-fledged movie. This makes it all the more shocking when an event of actual consequence does occur, considering that it mostly seems to be rather comfortable with maintaining the status quo.