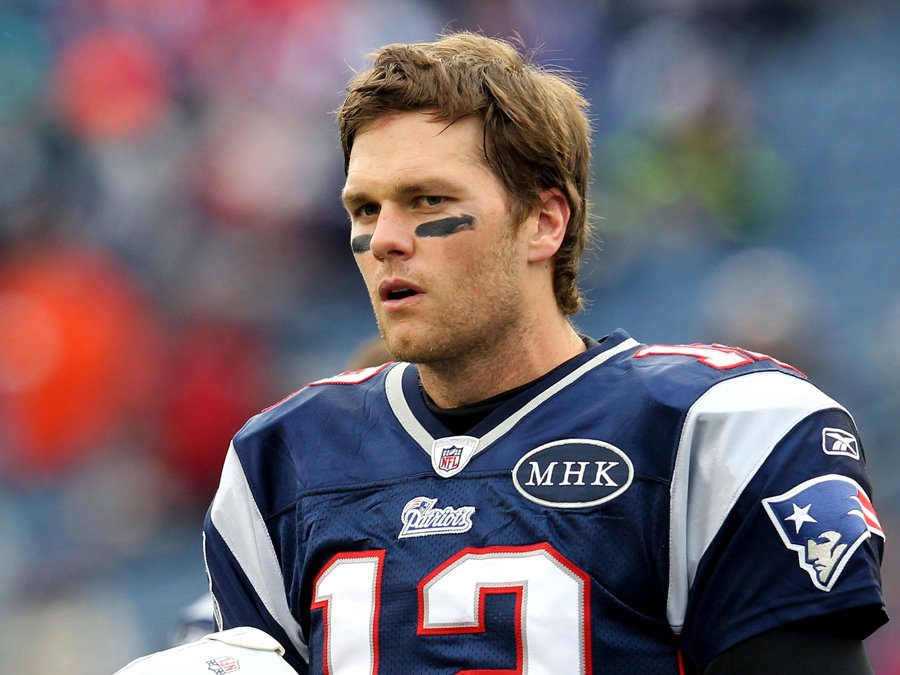 You’ll never make it. You know your dreams are unrealistic, right? It’s just a fantasy and you need to realize that most people will never be able to do what you want to do in life. You’re too small. You’re not athletic or talented enough to make it in the NFL. You don’t have the throwing power professional quarterbacks need to succeed and thrive in the sport. You’ll never be what you want to be. You’ll never compare to Joe Montana.

Never say never. A young man named Tom Brady certainly didn’t. He wouldn’t let the words on everyone’s mind control how he felt. He wouldn’t allow them to tear down his dreams and offset his determination. When he went to bed at night, he dreamed about his future. He saw his dreams coming to life, and he saw the happiness we all struggle to grasp as our lives go on. It was within reach, he thought. Tom knew he had what it takes to be happy in life and to do the one thing he wanted to do, which was to play football. What he didn’t know however, was that his determination would lead him to three Super Bowl Championships, two Super Bowl MVPs, and five AFC Championships.  A fire burned bright inside the young Tom Brady, and he would make sure the world knew his name.

Thomas Edward Patrick Brady, Jr. was born in San Mateo, California on August 3rd, 1977. He grew up near San Francisco and became a huge 49ers fan, attending games regularly at Candlestick Park as a kid. Tom grew to respect and idolize another great quarterback named Joe Montana. Montana became Tom’s inspiration and idol. He was the one man in the world that Tom wanted to emulate and be like. If only the world had been prepared to actually see this young football fan grow to become not only a starting quarterback in the National Football League, but one of the greatest to ever walk on the field. If being like Joe Montana was his dream, Brady broke down every obstacle in his way and became the man he strived to become. The man he knew he was deep down. He would go on to achieve not only his dreams, but so much more.

It wasn’t an easy journey for Mr. Brady however. Tom played various sports in high school and was even drafted in 1995 by the Montreal Expos. Deciding his goal of following in Montana’s footsteps was more important, Brady turned down the offer to play baseball and chose to enroll at Michigan University to play for the Wolverines, where his trials and tribulations would truly begin. When he arrived at Michigan, Brady was seventh on the depth chart and began to sincerely doubt himself. The doubt wouldn’t last however, as Brady did everything in his power to stay on track to reaching his ultimate goal. When the emotions became too much and doubts began to creep in, he hired a sports psychologist to help him cope with the anxiety and frustrations that he had been experiencing. He wanted to be the best and he felt he could be, but nobody else saw what he did in himself. Not yet.

Sitting behind Brian Griese and the undefeated Wolverines of 1997, Tom Brady would soon after beat out Drew Henson as the starter for the 1998 and 1999 seasons, where he was coached by quarterbacks coach Dick Rehbein. Under head coach, Lloyd Carr, Brady would set two records in his first year as a full starter: for most pass attempts and completions. Tom became the team captain during his senior year and would lead the Wolverines to twenty wins and five losses while he was a starter. During his final year on the team, Brady would cap off his magnificent run as a Wolverine with an Orange Bowl victory over Alabama, where he threw for 369 yards and four touchdowns.

Tom Brady wasn’t the quarterback that Brian Griese had been, however. The NFL knew that, and it showed. During the combine, Brady would put up horrible stats that would not only hurt his draft stock, but make him look like someone that couldn’t cut it in the NFL. Putting up a 5.28 in the 40-yard dash, a 24 ½ vertical jump, and a 08’03” broad jump. Statistically, Tom Brady put up some of the worst numbers for a quarterback in any combine, but that wouldn’t end his dreams of playing in the NFL and following in the footsteps of one of the best quarterbacks of all time. That was a group that Tom Brady deeply wanted to join. One day, he would.

In the 2000 NFL Draft, Tom Brady sat patiently, hoping to see his dreams start to come to fruition, but through the days of the draft, his hopes started to dwindle. He watched as his favorite team drafted Giovanni Carmazzi in the third round. Overcome with emotion, Brady was feeling disappointed that he wouldn’t be able to play for the team that he grew up watching and loving. As round six approached, Brady was still waiting to hear his name called, and then the New England Patriots were on the clock. Luckily for Tom, his quarterbacks coach from Michigan, Dick Rehbein, was the new quarterbacks coach for the Patriots and helped them decide to draft Brady over Tim Rattay, the other player they were considering to take with the 199th pick in the draft. Tom Brady was the seventh quarterback to be picked that year, and the six before him would forever be known as the Brady Six. They were the six quarterbacks picked before this up and coming phenomenon, and not one of them would even compare slightly to Tom Brady and his journey to greatness. Chad Pennington, Giovanni Carmazzi, Chris Redman, Tee Martin, Marc Bulger, and Spergon Wynn; the six quarterbacks that would fall deeply into the shadows of one of the greatest quarterbacks to ever play professional football.

With fury and fire burning within him, Tom Brady took his chance with the New England Patriots and turned them into a dynasty. Under head coach Bill Belichick, Tom and the Patriots would win three Super Bowls and become the first team to go 18-1, in the 2007 season. The memories of his shortcomings and the words people used to describe how skinny and untalented he was were the fuel to his fire. Tom Brady isn’t the most talented or athletic quarterback to ever touch a football, but he has the heart and determination to do the impossible. If any kid wants to idolize someone in this world, don’t look at the president, or Miley Cyrus, or even people like Bill Gates. Idolize a man like Tom Brady Jr. who took his failures in stride and didn’t let anything hinder his progress and his journey. Men like Tom are one in a billion, but if every child grew up with the heart and mindset that this man did, the world would be a much better place. Passion and ambition can determine greatness much more than athletic prowess or size ever can. Never say never.