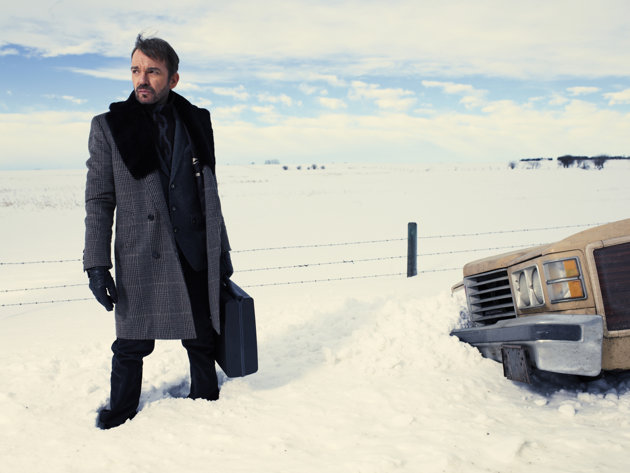 The Evolution of the Mini-Series into the Limited Series

Back in May 2012- which seems like a long time ago, but it was only 2 years ago- the USA network premiered a show entitled Political Animals.  The show starred Sigourney Weaver, and much like Damages (F/X) or The Closer (TNT), Animals was banking on female star power to sell the show.  One of the unique aspects to the show’s marketing was the fact that USA billed it as a “limited series.” Animals had middling to poor ratings- at its peak with its premiere it only had 2.62 million viewers- and lasted only six episodes, taking with it the billing of “limited series.”  If you look online, it’s stamped a “mini-series”, the concept of the “limited series” has seemed to have all but disappeared.

So what happened to this coined phrase “limited series”, used by Political Animals?  I remember people in the media and audiences misunderstanding the phrase.  “Does this mean it only lasts one season?”  “Is the show going to come back?” “What does limited series mean?”  After the disappearance of the term “limited series”, television show creators have moved forward with the concept, and they have produced some of the best series this year.

There have been at least three shows on the air in 2014, which could be defined as limited series: Fargo, American Horror Story: Coven, and True Detective.  These shows fit within the concept of limited series because they reboot characters, change things up from season to season, or merely end things after one year.

Fargo’s creator Noah Hawley- who has also written every episode of the series, which is beyond impressive- has stated that if the show comes back for a second season most of the stars may not be back, and the show will explore other aspects of the universe.  While Fargo’s ratings are a bit low, the show has so much critical support there is no way F/X will let it slip through its fingers.  With a potential new cast, Hawley will be able to create a whole world centered on these events.  Talking about Fargo as a limited series is a bit premature, but based on the creator’s words, he has stated that when the show comes back there may be no Billy Bob Thornton.  Hawley has stated “my feeling is we would explore new territory, but nothing is set in stone yet.”

Most of the discussion about the term “limited series” is related to award show politics.  During the first “season” of American Horror Story, the show was placed by the Globes in the Drama series categories, but shockingly did not make a dent.  This was most surprising because the Globes love Ryan Murphy; he has won Globes for Nip/Tuck in Drama and Glee in Comedy/Musical.  All of the American Horror Story actors are also placed in the drama categories at the Screen Actors Guild (SAG) Awards.  Once these award show failures happened, F/X immediately placed each “season” of this show in the Mini-Series category at the Emmy Awards.

The Emmy Awards just changed their Mini-Series/Television Movie categories for this year’s ceremony back in April.  The Mini-Series and Television Movie category will now be two categories again, and there will be six contenders in each acting category.  These are great changes, but the Emmy Awards could also get ahead of everyone else, which rarely happens, and add the Limited Series title in with the Mini-Series category.  Something the Academy of Television Arts and Sciences (ATAS) should think about for next year’s Emmy Awards.

True Detective and HBO seem to be playing this from a different angle.  Detective’s first season was a self-contained story arc about two detectives in backwoods Louisiana played by Woody Harrelson, and Matthew McConaughey.  Their story arc was completed after thirteen episodes, and a new cast with three central characters will be brought in for season two.  Many were shocked when HBO placed True Detective in the drama categories, putting it in direct competition with Breaking Bad, which seems unbeatable.

Detective is a limited series because, like with American Horror Story, there is a reset button, with a brand new feel and location each season.  The difference is that the cast will be brand new.  All of this is speculation with True Detective because no cast has been announced, but the show’s creator has stated all of these things to be fact.

Through definitions, the creative growth of television can be lost in the verbiage.  Television networks like F/X and HBO have started to see the potential like no other networks allowing creators to hit the reset button, or to explore, a variety of characters within one world.  Many have cited that television dramas have become superior to film.  I think folks who use this statement are looking at things too narrowly.  Television networks are certainly doing wonders through many different creative methods, and one of these methods is through the use of the limited series model.

Television networks have the ability to play with characters, and themes.  If you want to look at the language or the definition of the show, it’s time for F/X and HBO to usurp that phrasing, which defined Political Animals, “limited series” and get ahead of the other networks.  Look at Hawley and Fargo, who is crafting a world out of the Coen Brothers film.  Murphy and American Horror Story who gives supernatural fun mixed with deep human stories.  These shows are pushing boundaries, they are kicking ass, knocking down doors, and taking names.  These shows are the future of television, and it’s time for them to be revered as the pioneers of a new genre.