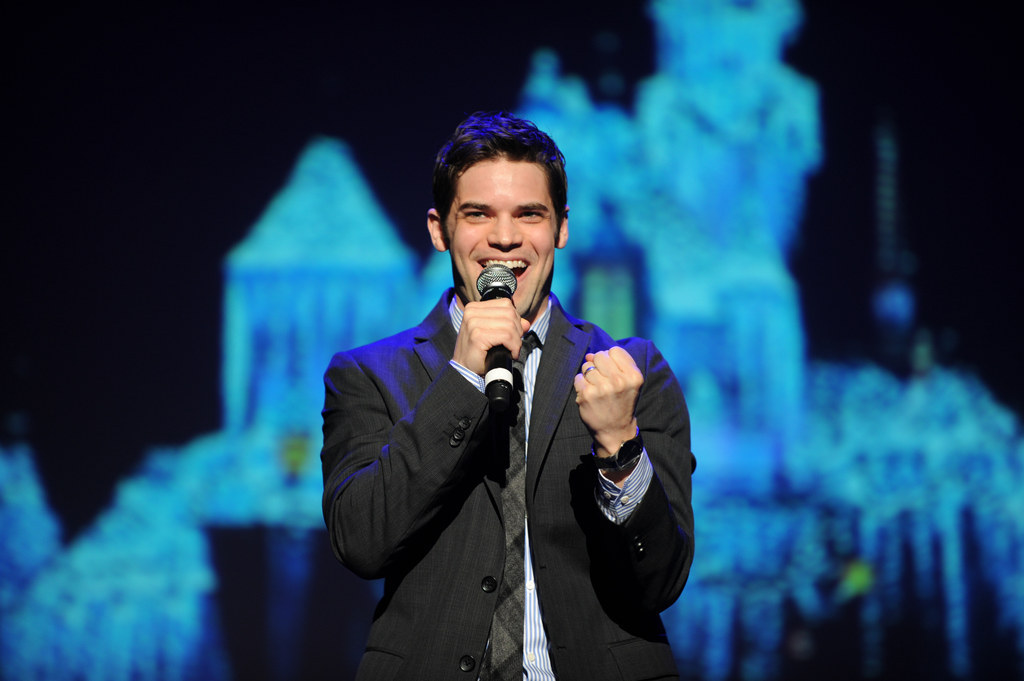 One Night Only: Theatre Alternatives

Lately, I have been attending a lot of alternative theatre events. What is an alternative theatre event? It is a phrase that I created to encompass all limited run talent showcases, play readings, and musical performances. These events are often overlooked but are brilliant platforms to exhibit talent in a nontraditional way. Such events typically occur in small venues in NYC, and they give performers the freedom to take stylistic risks and have some fun with their audiences in a way that large scale, expensive productions never permit. Three types of alternative events include cabaret shows, improv theatrical events, and charitable musical performances and play readings.

Certain venues in New York are known for hosting cabaret shows for Broadway stars who want an opportunity to showcase their talents or who just want to have a little bit of fun. For those who are unfamiliar with the term, a “cabaret” is generally understood to mean any venue where patrons can eat and drink while enjoying some form of entertainment. Joe’s Pub at the Public Theatre and 54 Below are perhaps the most popular New York cabaret performance spaces, although other venues like The Cutting Room have nice, intimate set-ups that are ideal for small concerts.

Several weeks ago, I joined a friend for a one-night only event at The Cutting Room called This is 30! starring Broadway veterans (to the extent that a couple of talented and young 30 year-olds can be considered “veterans”) Andrew Kober and Allison Case.  To celebrate their shared birthday milestone, Kober (currently on Broadway in Les Miserables) and Case (currently in the new musical Fly By Night), took to the stage to serenade the audience with showtunes and pop culture hits. From musical favorites that Case and Kober are just a bit too old to sing (“Sixteen Going on Seventeen,” anyone?) to Miley Cyrus, this fun-loving duo brought the house down with their creative set. Admittedly, it was a pretty friendly house. After all, when you have one day off a week, who do you invite to come see you perform? Why, all of your colleagues who also have the day off! We were sitting next to a particular rowdy group of Les Miz cast members who all appeared to be enjoying the night out – as did we.

Unlike cabaret shows, some non-traditional theatre events take place in more traditional settings. Recently, the hip hop improv stylings of Freestyle Love Supreme could be seen at the Claire Tow Theatre at Lincoln Center. FLS was co-founded by two of the creators of the Tony-Award winning show In the Heights (Lin-Manuel Miranda, a supremely talented and entertaining artist, has a new musical called Hamilton working its way to Broadway now), and this hip hop-infused comedy routine appeals to a diverse, young, and energetic audience that would not typically visit Lincoln Center. While the FLS crew embraces traditional improv staging (i.e. taking audience shouted suggestions and transforming them into full-length comedy routines), the rhymes and the beats produced by FLS are anything but ordinary.

The recent Lincoln Center show featured Utkarsh Ambudkar, Andrew Bancroft, Chris Jackson, Arthur Lewis, and Chris Sullivan, and these performers riffed well with one another. Mixing piano, a human beatbox, and the vocal talents of the performers, FLS is a staged show with direction, but, within the confines of the general show concept, FLS is free to go wild with audience suggestions. It is rare that a joke does not work (or that the performers cannot save a joke even when it doesn’t work). The audience the night that I saw FLS was in top form. Seriously. For example, the guy brought on stage to recount his day to the entire audience claimed to have woken up to tigers walking past his house with a circus, allegedly quit his job, and then recounted his confrontation with an apparent inmate. It was an improv gold mine, and the FLS performers were enthusiastic forty-niners.

That was a really, really nerdy metaphor. I apologize. Sort of.

When you purchase a theatre ticket you are supporting the arts. After all, the entertainment industry is a business industry, and producers care about supply and demand. Even if a production is beautiful and original and thought-provoking, without an audience, a show will fail. Over 75% of shows fail, in fact, and Broadway is an expensive playground on which to test new works. Therefore, most shows start in workshops and off-Broadway theatres that rely on generous contributions from patrons of the arts to develop new artistic pieces and new acting talent. To support these theatre programs, non-profit organizations occasionally host benefit shows, and the proceeds from ticket sales fund theatre development and arts programming.

Some of these events are pitched as comedic talent shows, such as MCC Theatre’s Mis-Cast 2014, which featured numerous show-stopping numbers that were . . . just a bit off. Specifically, an all-star cast including Jeremy Jordan, Lin-Manuel Miranda, Billy Porter, Sasha Allen, and Raul Esparza performed songs that they will never actually be cast to sing on-stage (hence the show title, Miscast). Highlights included Jeremy Jordan belting out “Let It Go” from Disney’s Frozen like he was the prettiest princess of them all, and Sasha Allen wowing the crowd with her rendition of “Bring Him Home.” The night was quite literally filled with performances that are unlikely to be repeated, and the proceeds from the event supported MCC Theatre, which produces quality off-Broadway theatre productions and supports emerging artists.

Play readings differ from traditional plays in that there are no sets, props, costumes, or creative staging for the actors to hide behind – just the words of the playwright. Gardley has a talent for writing character-driven pieces that feature African-Americans, and the actors did a nice job of capturing the strong voices of Gardley’s fascinating characters. Vance’s portrayal of Oscar, an old ex-con with a sharp tongue and a tight-lipped love for his family, was both hilarious and devastating to watch.  Aduba gave a similarly emotional performance as Darlene, Oscar’s estranged daughter, and she may have single-handedly convinced me to finally sit down and watch Orange is the New Black. I’d be remiss if I did not mention that this performance was the Broadway debut for 15 year-old Adebumola who is a student of Opening Act and was a bright, enthusiastic addition to the show. She appeared right at home on stage, and I look forward to the day that I can include her in one of my reviews.

So, if you are in New York City and are interested in taking in a performance but are inclined to check out a less traditional show, skip the box office lines at the big theatres and discount ticket booths. The best way to learn about these types of events is to follow venues, theatre groups, and performers on Twitter, where they are sure to market their more intimate engagements. Websites like playbill.com and broadwayworld.com also advertise special performances by stage actors and are great resources for finding tickets to special events.

*In the interest of full disclosure, I personally support and am a member of the Opening Act Social Board.