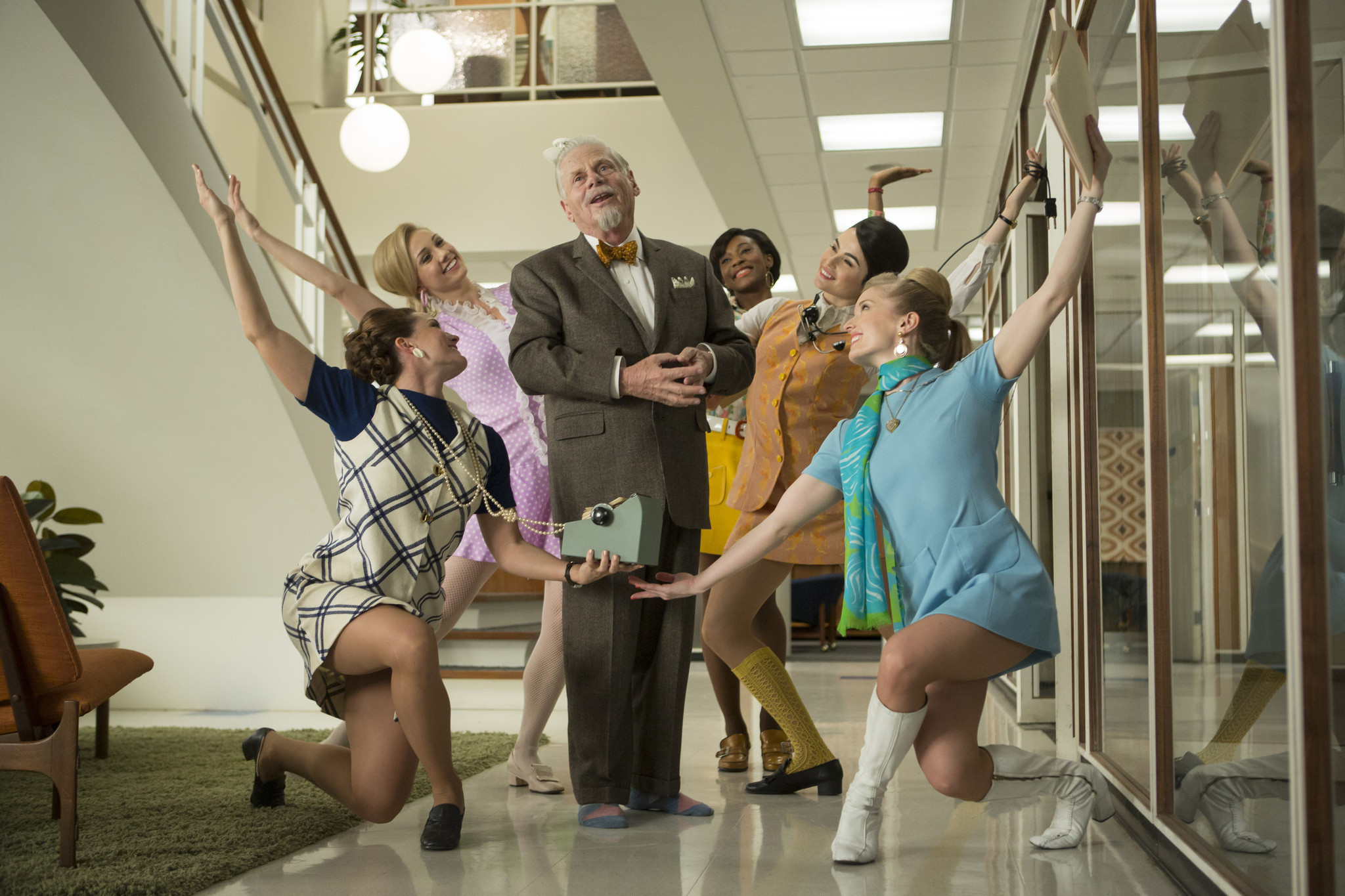 The most important episode of Mad Men’s seven year run might have been the penultimate instalment of the third season, where JFK is assassinated. The era of relative peace that these characters existed in was ended, kicking off the tumultuous counterculture movement to calm, and resulted in Betty Draper telling Don she wanted a divorce, shattering the perfect 1950’s marriage. The Apollo 11 moon landing in 1969 was the last gasp of that JFK era, when the future was bright instead of scary, and the characters of Mad Men all experience a moment of peace as they watch the event.

Things start out grim for Don, as Cutler sends a letter to him and the partners seeking to terminate Don’s contract because of his abrupt entrance at the cigarette pitch. A quick vote gets Don a temporary reprieve, but it looks like the end is near. He tells Peggy that she needs to make the pitch to Burger Chef instead of him, as he won’t be around to manage the account. Peggy understandable freaks outs, but Don talks her through it, knowing that she can prevail. At the pitch Peggy is amazing, in a mirror of Don’s famous “carousel” speech, and captivates the entire room. If Don is fired, Peggy is more than ready to fill his space, and part him is even aware that Peggy is the future of the agency.

The old guard at SC&P, however, has a few more moves to make. Shortly after watching Neil Armstrong set foot on the moon, Bert Cooper dies. The agency’s founders of are now gone, and the partners are thrown into a state of turmoil. Cutler makes a power move to get Don out and take control of the company, but Roger is a step of ahead of him. Tired of being seen as a layabout, Roger steps into the role of company patriarch and negotiates to sell a majority share of the company to a rival firm. SC&P gets to keep their name, their clients, and their office, and Don gets to keep his job. Cutler is not happy, but Roger has just made them all very wealthy, and the motion goes through.

Just as the death of JFK coincided with the end of one marriage, the fulfilment of Kennedy’s dream of a moon landing brings with it the end of another Draper union. Don and Megan having been apart for over a year, and their physical separation only prolongs the process. When it seems like Don is about to be fired, he tells her that he can finally move to the west coast full time. Megan, in very few words, simply acknowledges that their marriage is at an end, and Don reacts with acceptance instead of anger. This is new Don, who only wants to connect to people, even those who are leaving him. When Betty left he was enraged and furious, now he promises that he will still take care of Megan, because he now realizes how truly bad he was to her. Megan is the strong one this time, and tells Don that he doesn’t owe her anything.

Don is forced to face the future, signified by the moon landing. For Mad Men viewers, watch the grainy Apollo 11 film is watching history, but for the character it is symbolic of the passing of an era, a clear bench mark that world is now different. The death of Bert makes Don realize that he is one of the old guys now, and Peggy and Pete, for better or worse, are the future. Bert is not quite finished yet, as the character makes one final appearance to serenade a hallucinating Don with a rendition of “The Best Things In Life Are Free”. While tying in the moon landing, Bert’s ghostly song and dance number also is a message to new Don that what really matters are people, not things. Don has been trying to connect more with people by using truth and honesty, and so far its cost him a marriage and nearly a job. Don wants to be happy, but now he’s worried that he destined to be a relic of the past.