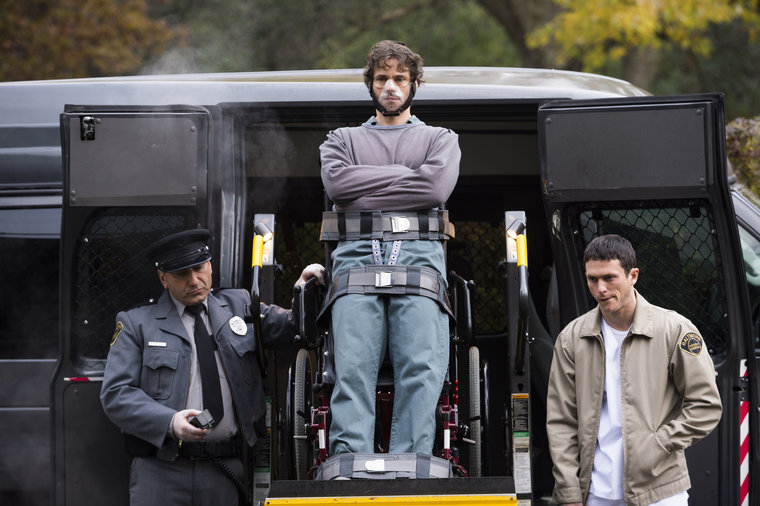 Most of the action of “Mukozuko”, the most recent episode of Hannibal, was fuelled by Beverly Katz’s death at the hands of Hannibal the previous week. If there were any fans holding out hope that she somehow miraculously survived last episode (we never saw her die), this episode was very quick to quash that notion. Katz is definitely and definitively dead. Dead as in sliced into pieces and displayed in glass a la Damien Hirst. No one can fault the Hannibal team for lack of creativity.

Katz’s murder and subsequent mutilation were horrifying, but I would argue necessarily so. Will felt guilt over her death, since he was the one who pushed Katz to investigate Hannibal. Her death spurred him to action, and while his instinct for revenge didn’t go as well as he would have hoped, once his initial grief and rage subside, perhaps he will be able to think more clearly and make sure Katz didn’t die in vain.

At the moment, Will is too emotional to think clearly. Getting advice from a convicted murderer and fellow psych patient, Dr. Gideon (returning guest star Eddie Izzard) probably wasn’t the wisest course of action. Gideon told Will he would never be able to catch Hannibal; if he wants to beat him, he’ll have to kill him. It was good to see Izzard back on the show. I thought he died in season 1, because Will shot him for trying to kill Alana. (Again, Will, why are you taking listening to this man?) But Izzard is so wonderfully creepy and sinister, it was a pleasant surprise to see he’d come back.

In order to kill Hannibal, Will enlists the help of his ‘admirer’ from a few episodes ago, who killed the bailiff in an attempt to free Will. Will makes a deal with Freddie Lounds. She opens a line of communication with the killer on her website, in exchange for having exclusive rights to Will’s story. (Will, you have made an absurd amount of terrible life decisions in the span of 60 minutes). Contact established, the killer, who turns out to be an orderly at Will’s institution, happily agrees to murder Hannibal. Anything for his new buddy Will. On a side note, the amount of murderers drawn to Will is slightly ridiculous. Chilton can go on about how Alana attracts killers all he wants, but Will is seriously like catnip for psychopaths.

The orderly was almost successful in his endeavors. And while obviously he wouldn’t kill the titular character, it was fairly impressive that he even managed to get the jump on Hannibal and kidnap him in the first place. And after more than a season of Hannibal being evil incarnate, and after an episode of thinking about Katz’s awful demise, I didn’t hate watching Hannibal get a taste of his own medicine.

While Will and Brown’s efforts weren’t successful, their actions set into motion a domino effect that will continue the show’s momentum. Hannibal and Will’s relationship is the central one on the show, and this week marked a shift. Whereas before, Hannibal consistently had the upper hand and Will mostly reacted and tried to evade or manipulate his way out of Hannibal’s games, this week showed Will is willing to fight back aggressively.

Other thoughts: As good as this episode was, I can’t wait for next week’s. While there was a collective groan around my apartment when in the preview Jack said, “Hannibal is not a cannibal”, it also looks like he took some food from Hannibal to be tested in a lab, so I’m tentatively hopeful Jack is slowly waking up and smelling the dead bodies Hannibal has been cooking and feeding him.