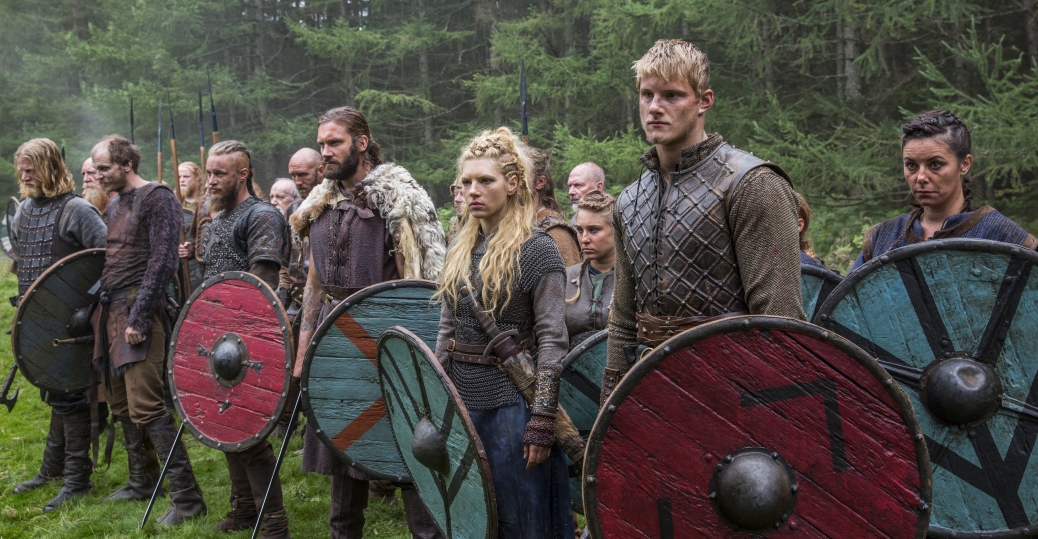 This week’s episode of Vikings was solid. It wasn’t a stand-out like last week’s ‘Eye for an Eye’, but in fairness to ‘Answers in Blood’, it’s hard to top an episode where you nail one of your main characters to a crucifix.

The transition in poor Athelstan’s storyline felt abrupt this week. At the end of last week, King Ecbert was ordering him to be cut down from the cross. This week, he was back in a monk’s habit, and was present while Ecbert was making court decisions. Ecbert even asked Athelstan how the Vikings would handle one of the cases he was trying. It felt like there’s a scene missing somewhere there. How much does Ecbert know about Athelstan and what exactly is Athelstan’s new role supposed to be? These are things that will probably be explored later on, but it still would have been nice to have a scene between “Athelstan is an apostate and we should probably kill him” and “this is Athelstan, the king’s new Vikings expert”.

That being said, the show is doing a good job of showing how someone might realistically react to severe trauma. Other than the obvious physical remnants of his ordeal (scars, a limp), Athelstan is also starting to hallucinate. In addition to a broken body, probably broken mind, Athelstan has to deal with his broken faith. He never quite converted to worshipping the Norse gods, but he also is having difficulty fully embracing Christianity again. If there is an award out there for ‘best delivery of a monologue through prayer’, I think it should go to George Blagden, because he’s done solid work throughout the series of giving character speeches while praying and making it come across as genuine, which is no small feat.

Up north, the Lothbrok family finally reunited. They overcame any initial awkwardness by doing what they do best: violence. Lots and lots of violence. Ragnar was thrilled to be able to participate in some father-son bonding with Bjorn, who finally returned after years of living with his mother. Typical stuff: setting fire to a town’s food supply together, fighting side by side in battle, and making Bjorn behead a prisoner as a sacrifice to the gods. I guess throwing a baseball back and forth wasn’t a thing in Viking times. Bjorn apparently enjoyed himself enough so that he decided to stay behind with his father, even though Lagertha decided to return to her new husband. (Hopefully they will find a reason to bring her back).

There was a brief moment when it looked like there might be a love triangle, with Ragnar having to choose between Lagertha and Aslaug. That was quickly shut down when Ragnar decided, screw love triangles, he was in love with both ladies. Then the Seer quickly reminded Ragnar that Lagertha has always and will always do whatever the hell she pleases, and the choice wasn’t actually Ragnar’s. The Seer is an odd character. He and Aslaug blur the show’s lines between historical fact and fiction with their magical abilities and lend an air of mysticism to the show that really works, given that a lot of knowledge from the Viking era is a blend of history and mythology. More than that, I appreciate the Seer for the fact that he is not at all impressed with Ragnar, and will put him in his place if he gets too petulant or demanding. Seriously, Ragnar, you can be quiet for two seconds and listen to the Skade myth. You can’t just storm into people’s huts and demand love advice.

While it was enjoyable, the biggest problem with this episode was it felt like a filler episode. The fight with Jarl Borg was a lot like the Season 3 opening fight when Ragnar fought Rollo and Jarl Borg: awesome to watch, but ultimately anticlimactic. The choreography was great, and the fight itself was intense and looked amazing. It would have been even better if Jarl Borg hadn’t gotten away. Jarl Borg isn’t a particularly competent adversary; he’s been defeated by Ragnar several times in battle. At this point, he’s more like a mosquito that won’t go away than an interesting enemy. He’ll cause some irritation and be a pain, but the chances he’ll give you West Nile virus and actually kill you are very slim.

Judging from next week’s preview, that trend is going to continue, since Horik apparently wants to take Jarl Borg raiding with them after all, even though uninviting him was what caused this mess in the first place. Will Jarl Borg take his first chance to try and screw them over? Probably. Will he be successful? Probably not. (Maybe instead of fighting each other, Ragnar and Jarl Borg should team up to take down Horik, because seriously? Make up your mind on your policies).

There wasn’t anything inherently wrong with this episode. But overall, this season felt like it was ramping up to something, and this episode felt like a decrescendo, or a pause before things start happening again. The battle, while great, didn’t feel like it accomplished anything substantial. Yes, it reestablished Ragnar as Jarl of his lands, but I think we all expected that outcome. Ecbert, not Jarl Borg seems set to be the biggest antagonist this season. Ragnar knows Ecbert ambushed the other raiders, and Horik will inevitably be out for revenge, which seems like it will be a much bigger conflict. This episode was necessary- Jarl Borg had to attack Ragnar’s lands so Ragnar had a reason to leave England; it was the catalyst that set a lot of storylines in motion. But it still felt like a filler episode before more serious things happen. It was a great episode, but a filler one nonetheless.