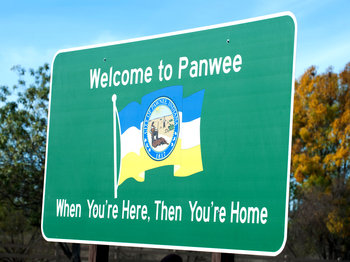 A lot of characters were facing some big changes this week on Parks and Rec. Most of them were good changes, even if it did take a while for some people to figure it out.

Ron secret is out! At least, it’s out to one more person, for now. It’s only a matter of time before the world hears Ron’s sweet tunes. I knew Duke Silver was popular, but I really had no idea how popular until now. Apparently, it would be impossible to keep the women at bay if Andy did end up adding him to the festival lineup. Thank you again to our newest favorite Parks and Rec employee, Craig, for telling Andy about the bar and for showing us yet again how great Duke Silver is. When Ron decides it’s better to throw away his sax than have his secret come out, Andy relents and tells Ron his secret his safe with him, the music must play on. Thank god, Duke Silver must live on.

Leslie, meanwhile, is still deciding about her new job offer. Since she’s the one person on in the world who loves paperwork and other tasks, she promptly freaks out when she is told that should be thinking more big picture and would be delegating her other work. While she’s thinking about this, she is also fighting for the town to vote on the correct town motto. Of course, nothing can go right when Leslie’s trying to do something good and it quickly turns into people campaigning for a motto against Leslie herself. Leslie ends up delegating to Larry to prove that she can do it, and Larry runs a town meeting that ultimately ends with the town picking a sweet but misspelled motto. Leslie can’t change overnight, however, and corrects the spelling mistakes. Something has to go wrong, though, and the welcome sign ends up facing the wrong direction, so people are welcomed into Pawnee as they are leaving.

Meanwhile, Tom’s working on his dream restaurant, though it doesn’t feel like he’s had this dream for very long. He enlists Donna’s help in finding a location and April comes along. Both Donna and April admit to each other that they are doing all they can to make this backfire because they don’t want Tom to leave. While Donna initially shows Tom underwhelming places which April promptly criticizes, they have a change of heart and Tom ends up with the perfect location.

Hopefully, this will be Tom’s most successful endeavor yet, Leslie will take her new job and will rightfully move up in the world, and Duke Silver will play for years to come. This is Parks and Rec, though, so there will probably be a few roadblocks and some red tape along the way.