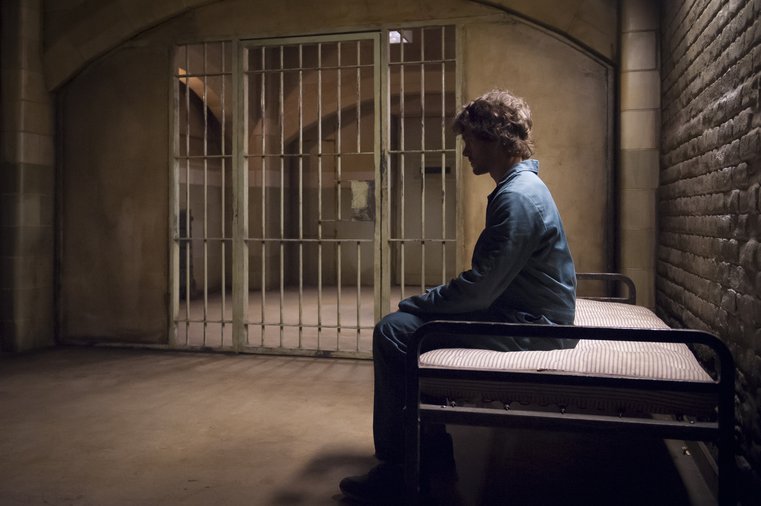 Hannibal remains one of the most unique, brilliant, and under-appreciated network shows currently airing. Three episodes in, and the second season is proving to be just as addictive as the first.

The show has done a good job continuing the format that made it successful the first season, while upping the stakes. Hannibal continues to ruin Will Graham’s life; it’s kind of like watching a shark circle an innocent puppy. Will is on trial for crimes Hannibal framed him for last season, and it looks like the odds are stacked firmly against him. He’s recovering from a neurological condition and emotional trauma from season one. Everyone thinks he is a psychopathic serial killer, including his former colleagues. Even his friends think he was guilty, but because of his encephalitis, he wasn’t in control of his actions. Will is literally caged up in an institution for the criminally insane. (I get that the aesthetics look cool, but I don’t think the interrogation cage is a thing anyone actually does anymore).

He does hold one trump card though: he’s Will Graham. Hannibal is completely obsessed with him. Episode 3 was basically Hannibal declaring how much he cares about Will. I’m not sure what Hannibal’s end goal is. He seems to enjoy making Will miserable and watching the FBI make fools out of themselves, but he also stops anyone else from making Will’s life any worse than it already is. It seems to be a ‘only I get to torment Will’ kind of thing. Will seems to be at least somewhat aware of Hannibal’s obsession with him and has already exploited it to his advantage. He’s just not as good as manipulating people as Hannibal is. Yet.

The most frustrating thing about the show is how incompetent the FBI is at their jobs. Seriously, how can so many people be so bad at their jobs? What about Hannibal doesn’t scream “I am a serial killer”? He practically confesses every episode, but everyone is so busy talking about how disappointed they are in Will to notice. The only one at the Bureau who is open to the possibility of Will’s innocence is Katz. (Which means I am almost certain she will meet a grisly and untimely demise sometime soon).

People who appreciated the show’s unique aesthetics the first season won’t be disappointed. Watching Hannibal is like watching Bryan Fuller’s nightmares be realized. The crimes on the show are so far removed from reality; it’s more like a macabre theatrical production than like other detective shows on TV. They’re so staged and artificial, but also gruesome and mesmerizing so that it’s hard to look away.

The dialogue is also unnatural, in a good way. Pushing Daisies, another one of Fuller’s creations, (and incidentally one of my favorite shows of all time) was filled with a lot of snappy banter. Hannibal is the kind of the opposite of Pushing Daisies in almost every way- except they both feature a lot food- including the dialogue. Words are used more sparingly and very deliberately. A lot of the lines, especially Will’s, sound vaguely like morbid poetry. It adds to the show’s general unsettling feeling and plants the viewer in Will’s shoes, where the sense of reality is hazy at best.

Hannibal is unlike anything else that’s on TV right now. It’s a mix of nightmarish murders, fascinating characters and interactions not to mention hauntingly beautiful visuals. You should watch it. Just maybe not right before you go to bed.

Other thoughts: Episode two’s “The light from friendship won’t reach us for a million years. That’s how far away from friendship we are,” from Will to Hannibal at the top of my favorite insults of all-time list. It’s so childish, so eloquent, and so effective.