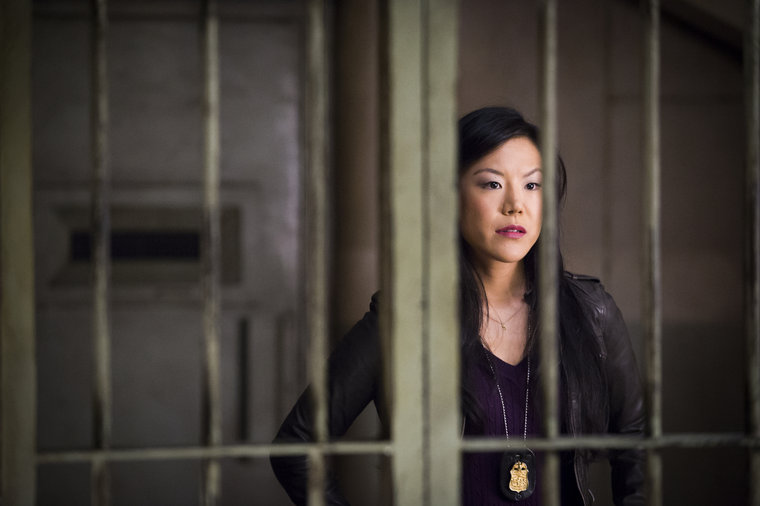 This week’s Hannibal really outdid itself in terms of horrifyingness. From taking innocent things like beehives and making them nightmarish, to murdering beloved supporting characters, Hannibal delivered one of its strongest episodes yet.

Surprisingly, it felt like Will Graham was barely in this episode. While Will had few scenes, he was still a catalyst for most of the events. He made a deal with Chilton, letting him be his exclusive therapist, in return for keeping Hannibal away from him. Of course, Chilton immediately decided he and Hannibal should be unorthodox (unethical) psychology bros, and betrayed Will. Hopefully Will anticipated Chilton’s betrayal and it’s part of his plan.

Will also was able to get Katz to look into the possibility of Hannibal being a serial killer after weeks of her refusing to listen. Unfortunately, Hannibal was the final convincing factor in Katz’s investigation. He dropped enough hints to pique her interest, luring her to his house where he killed her. Katz’s fate while upsetting, was not completely unexpected. I like Katz. She stood her ground, was dedicated and smart. These traits are all what ultimately lead to her demise. If only she had been a little less dedicated and smart. I just hope she had enough sense to leave a note, or some indication that she was going to Hannibal’s house, so her death won’t be in vain.

With Katz gone, I suspect the FBI’s crime solving abilities will plummet. They did solve the crime this week relatively quickly, but only because their suspect was so eager to confess. The crime this week was pretty horrifying: a crazy acupuncturist who used her skills to lobotomize her patients, and turned one of her victims into a human beehive? No thank you.

The homicides this week were gruesome, but there was another fatal situation that was a lot closer to home: Jack’s wife Bella. (Guest star Gina Torres, who is real-life married to Laurence Fishburne who plays Jack). Bella is slowly dying of cancer, which Jack refuses to accept. He tries to convince her to try new treatments and to keep fighting, but she’s tired and in a lot of pain. She and Hannibal, who is her therapist talk about death being a freeing experience. But when Bella decides to end her life on her own terms, Hannibal revives her, cruelly snatching away the peaceful death she wanted. It was really gratifying to see Bella slap that bastard across the face. (I think Gina Torres should guest star on all my favorite shows and slap characters who deserve it). Bryan Fuller said that Torres will return, so that will be an interesting arc to revisit.

Episode 4 feels like it lit a fuse, and hopefully we’ll see the repercussions of this episode reverberate throughout the season. If the rest of the season is as good as Takiawase was, it’s going to be one hell of a ride.