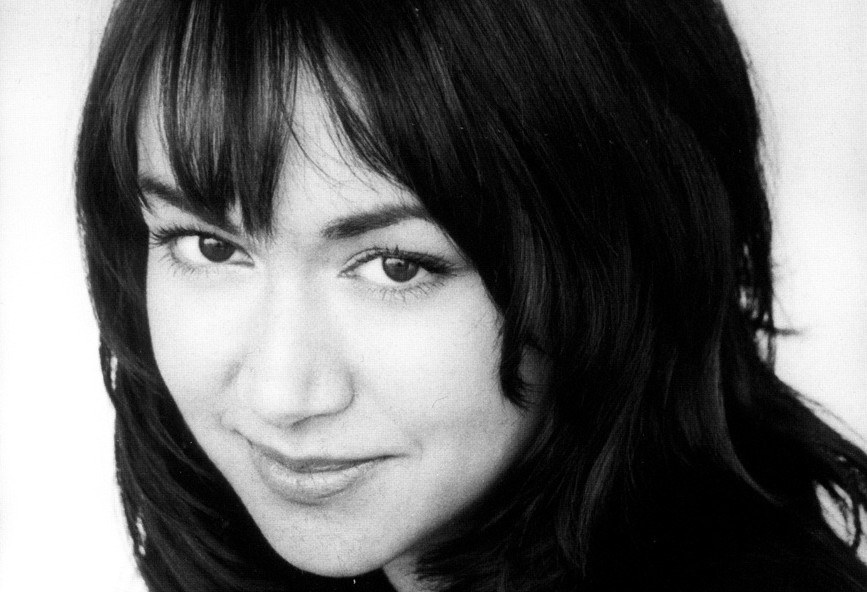 In Tarragon’s Hannah Moscovitch double bill last March, Elisa Moolecherry stole our hearts with her complex and quiet turn as Sati, a live-in nanny navigating a new country and the politics of caring for Other People’s Children.

All the way from Munich, the Best Supporting Actress nominee joins us to talk about Sati, Moscovitch, and the responsibilities of a world premiere.

Do you remember the first play you ever saw?
I believe it was something my brother was in at elementary school. Some sort of western. His character was called “Sidekick”. I think I was 6. I still remember being so proud of him and very angry that when a long pause happened everyone thought it was him who had forgotten the line. I knew it wasn’t. I believe I also saw very early on a production of Count Dracula at Young People’s Theatre.

Where did you develop as an actor?
From the age of 15 to 18, I took acting classes at Young People’s Theatre with an amazing teacher by the name of Judy Silver. She has since unfortunately passed away but was integral to my development as an actor. She had an incredible gift for being able to teach teenagers the “craft” of acting and taught technique that I still use today in my work.

What’s your favourite role you’ve ever played or production you’ve ever been in?
Sati was certainly one of my favourites. I loved her complexity. I loved her secrets. Then there was also Mum/Ursula in Gina Wilkinson’s My Mother’s Feet, which was produced by my company BeMe Theatre in Munich, Germany. Gina came to direct it herself and that too was a wonderfully challenging part to play.

Is there one you haven’t tackled yet that you want to try your hand at?
Juliana in The Other Place by Sharr White but I’ll have to wait as the character is in her early 50s if I recall correctly.

Who are some of your favourite people to work with?
I think I worked with most of them in Other People’s Children. Paul Lampert, Niki Landau, Gray Powell, Marinda de Beer (SM) were so wonderful to work with. I will admit to having had my doubts about taking on the project at first as I was to start fulltime rehearsal when my son was a mere 7 weeks old, but that particular team made the process so enjoyable, easy, do-able that I never had any regrets. Also the entire team at the Tarragon and Hannah Moscovitch were wonderfully supportive. Apart from them though, I would have to say I’ve been incredibly blessed to work with many wonderful and inspiring artists but for the sake of space, perhaps I’ll mention just one other who was particularly an inspiration and one of the most generous artists I’ve ever known: Gina Wilkinson.

Tell us about Other People’s Children. What was it like working on a world premiere?
Wonderfully exciting. I love working on new work, especially when it’s being written by such a talent as Hannah Moscovitch. No one comes in with any preconceived notions about how it should be played, so everything you as an actor do is the first imprint. It’s like walking on newly fallen snow.

Was the text still developing through the rehearsal process? Did you get to work much with playwright Hannah Moscovitch?
The text was developing throughout the rehearsal process, throughout the previews and right up until opening night! And yes, Hannah had been workshopping this piece for a few years with Theatre PANIK and I had been part of that process. She also made a point of being present during the first week of our rehearsal and then intermittently throughout, so she could make necessary changes and edits as we worked on the piece. And then of course she was present at every preview, listening to what was landing with the audience and what needed adjusting.

Did you do much research into the experiences of live-in nannies? What was the most interesting thing you discovered?
I watched a documentary called The Nanny Business with interviews of foreign nannies that was incredibly informative and moving. Here is a published summary: “The nannies arrive in Canada under the government’s Live-In Caregiver Program that gives them temporary visas but stipulates that they must spend a minimum of two years working and living in the homes of Canadian families before they can qualify for residency status. For many of these women that two-year period can be a nightmare locking them into households where intolerable work demands are made, including inhumanly long work days for below minimum wage, and subjected to verbal and even physical abuse.” It made me realize how the nanny business has many similarities with sex-trafficking… some call it caregiver trafficking. Desperate women leaving their own children to care for the children of other people with the hope that this will lead to a better life, that they can eventually immigrate and bring their families over, but instead are put in very vulnerable situations were they can be easily exploited and abused.

How much did Sati’s cultural background and unique family situation come into play in the choices you made for the character?
A lot. Paul Lampert, the director, gave me an excellent piece of direction by advising me not to judge Sati with our first-world ideals. Her cultural background and family situation were incredibly important to understand Sati’s choices, how she reacted to what was going on around her and how she herself participated in the outcome.

Did you have a favourite moment in the production?
I loved the opening sequence that Paul Lampert choreographed to the music provided by John Gzowski and Debashis Sinha and lighting by Kimberly Purtell with Sati’s arrival into the daily hectic lives of her new family. And then, if I can mention something that’s not quite a moment but rather an aspect of the play, I loved when the play turned: when it went from being somewhat comedic and light to what was perhaps unpredictably very dark and disturbing.

What’s coming up next for you/what are you working on now?
I have my own theatre company, BeMe Theatre, in Munich, Germany and we will be working soon enough on the next production to bring to the stage. But right now I’m taking a wee break and focusing on being a mom to my 15 month old son.

Is there anything you’d like to add?
Yes. Thank you so much for the nomination!