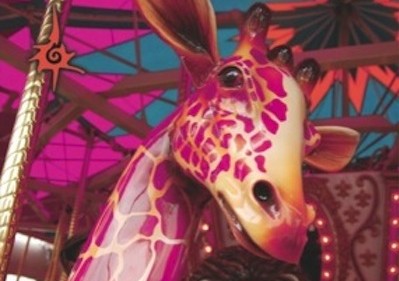 I tried in vain to find a common theme for these April “Must See” productions. We have fantastical elements and commentaries on sexual politics; epic plays and comedic classics; fringe and university productions. Yes, this month, we truly have something for everyone. What stood out for me, however, is that Boston theatre companies seem to be taking chances this month. With rarely-performed gems, Boston theatres are pushing the boundaries for what makes mainstream theatre. Well-respected companies seem to rely on their consistently strong acting, loyal audiences, and talented production teams to embark on new journeys and face new challenges.

To be considered for May’s entry, please email me at brian@myentertainmentworld.ca by April 25, 2014 with information on your production, including company name, production title, director, location, production dates, and a brief reason why your production should be considered. May’s listing will be posted at the very beginning of the month.

Lovers’ Quarrels
by Jean Baptiste Moliére, translated by Richard Wilbur, directed by Matthew Woods
imaginary beasts
Plaza Black Box Theatre, Boston Center for the Arts,
539 Tremont St., Boston, MA 02116
March 28 – April 19, 2014
Matthew Woods has proven himself to be one of Boston’s best fringe directors. He is daring, collaborative, and remarkably ingenious with his creations. Moreover, he has a knack for finding actors who I have never seen perform and allowing these actors to shine in their roles. Is it good coaching? Good casting? A bit of good luck? Who knows, who cares, when’s the next show? Moliére is a favourite of mine, especially because his works are rarely performed, understatedly difficult, and thoroughly translatable to the modern stage. His plays have everything that make imaginary beasts a regular success: whimsical storytelling, merry mix-ups, tremendous opportunities for innovative technical elements, and comedy to make your belly hurt. While I’m unfamiliar with Lovers’ Quarrels, I am familiar enough with Woods and his band of merry beasts to trust them for the bumpy ride of quarrels and reconciliations.

Top Girls
by Caryl Churchill, directed by Liz Fenstermaker
Bad Habit Productions
Calderwood Pavilion at the Boston Center for the Arts, 527 Tremont St., Boston, MA
April 12 – 27, 2014
Bad Habit Productions hasn’t been on our list for a while. Well, they fell off the radar for me for a while, after a particularly disappointing musical jaunt. However, they’re back and they seem to be hitting their stride from earlier days (Arcadia and Gross Indecency come to mind). Top Girls may be Churchill’s best, and Bad Habit Productions has assembled a top-notch group of women to perform this powerhouse play. Additionally, an exciting twist is how many new (to Boston, at least) female faces emerged for this production. While the only name I recognize is Gillian MacKay-Smith, the cast seems strong and the production team unmatched. With a timely exploration of gender, power, ambition, and what it means to come out “on top,” Top Girls promises to provide excellent conversation during and after the theatre. #Doyouwannabeontop?

Angels in America, Part I: Millennium Approaches
by Tony Kushner, directed by Nancy Curran Willis
The Umbrella (formerly Emerson Umbrella Center for the Arts)
40 Stow Street, Concord, MA 01742
April 18 – May 4, 2014
Many of you may know the HBO miniseries adaptation of this epic play which won both the Pulitzer Prize for Drama and the Tony Award for Best Play. Yes, it had an amazing cast of Al Pacino, Mary-Louise Parker, Meryl Streep, and Patrick Wilson. Wow. The Umbrella (formerly the Emerson Umbrella Center for the Arts) closes its dynamite season with this rarely-performed play. Why is it rarely performed? Because it’s hard, it’s gritty, it’s good theatre that people don’t want to screw up. Sometimes, I refer to the play as the modern “closet drama,” a play meant to be read and enjoyed in the comfort of one’s own armchair rather than as a fully-staged production. However, Nancy Curran Willis is one director that I trust with the challenge. A multi-DASH Award winning director, she is known for her strong concepts and careful direction. She chooses her projects with care and forethought, which makes me think that she has a lot of trust in her production team and cast for this production. Given that this production rarely comes along, I recommend you make a trip to Concord before you blink and it’s gone. (Side note: Their first production of the 2014-2015 Season is Angels in America, Part II: Perestroika—what a treat that the same company is performing the full Kushner epic, though it’d be better if they performed in rep . . . talk about a workout!).

Don Giovanni
composed by Wolfgang Amadeus Mozart, libretto by Lorenzo Da Ponte, conducted by William Lumpkin, stage directed by Daniel Pelzig
Boston University College of Fine Arts School of Music Opera Institute and School of Theatre
Boston University Theatre, 264 Huntington Ave., Boston, MA 02115
April 17 – 20, 2014
So, here are two rarities this month: an opera and a student production make the list. Even crazier, they’re the same production. After adoring their Florencia en el Amazones, I am excited to return to the Boston University College of Fine Arts for their Spring opera, Don Giovanni. The tale of a “young, extremely licentious nobleman,” Don Giovanni is a dark tale of the battle of the sexes, love and sex, power and control with the light comedy of Mozart’s most common works. Billed as tenth on the Operabase list of the most-performed operas worldwide, it is an excellent choice for a talented university and opera institute like at Boston University. With a blend of comedy and melodrama, and a dash of the supernatural, this opera provides something for everyone. Sung in Italian with English supertitles provides a nice authentic touch for the university to flex its academic and oratory skills; audiences will be surprised how easy it is to follow. As an opera neophyte, I had no trouble following their Spanish-sung Florencia, and I would argue that Don Giovanni is even easier and more accessible.