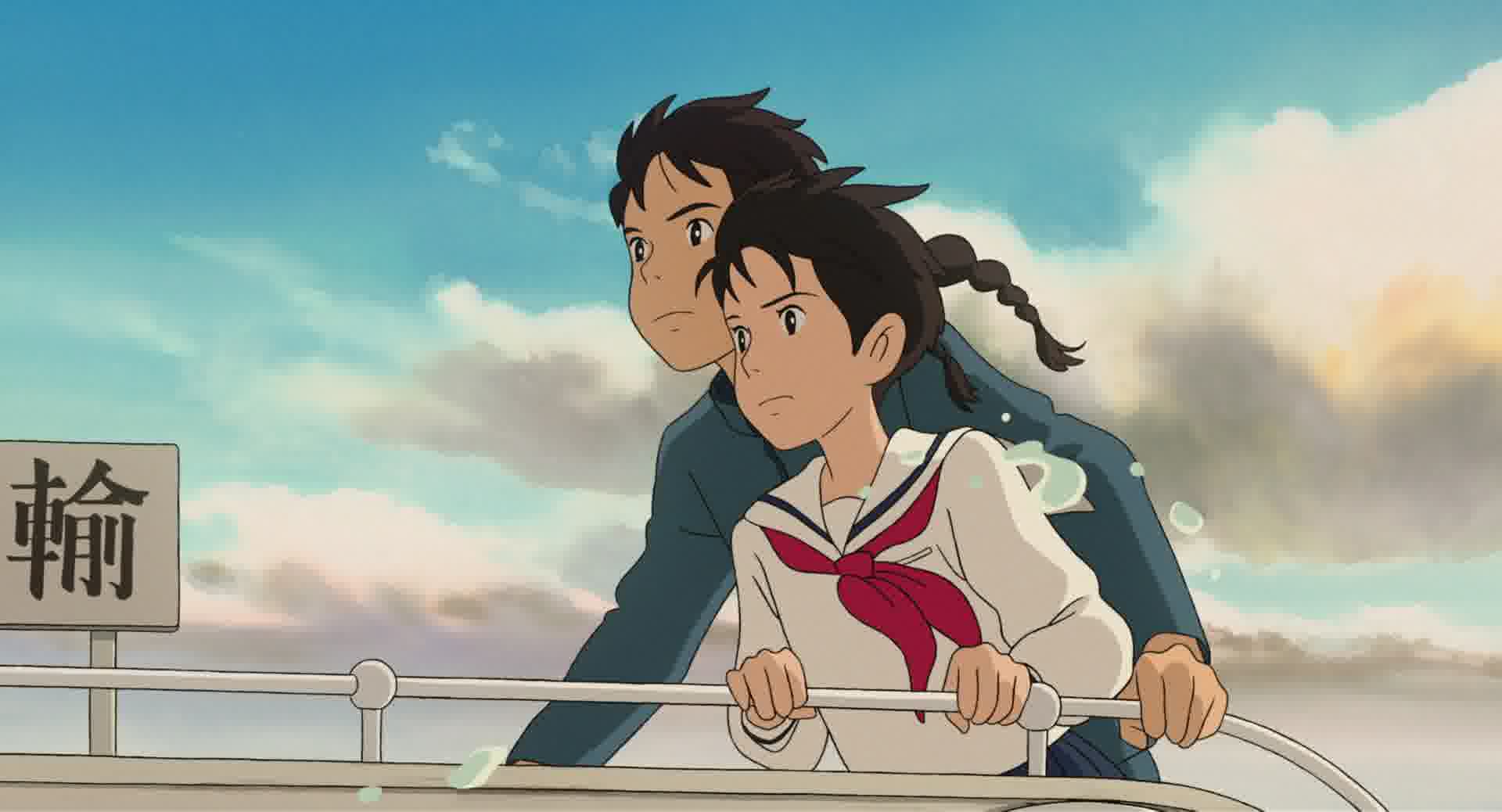 Anime Art – From Up On Poppy Hill

Studio Ghibli is probably the only anime studio that is consistently adored in the West by both its fan base and the critics. It’s one of the few anime studios that has a good enough track record to even be mentioned in mainstream media. Of course, a good part of that has to do with Disney doing the dubbing and distributing many of its films in Western markets.

Admittedly, I still had some initial hesitation when it came to From Up On Poppy Hill. You see, a lot of Ghibli’s street cred comes from its founding director, Hayao Miyazaki and his perfect record for making films that are “instant classics”. That being said, I’ve not been much of a fan of the non-Miyazaki directed Ghibli films that have been released over the past years. When I saw that From Up On Poppy Hill was directed by Miyazaki’s son Goro, director of my least-liked Ghibli film Tales from Earthsea, it sent up a few red flags.

It was a great discovery that these warnings were entirely unfounded. From Up On Poppy Hill is a great production that is unlike most of Ghibli’s best-known films, being that it is planted firmly in historical reality.

The film is set in 1963 Yokohama during a time of great social change. Japan had been greatly affected by both World War II and the Korean War and was in the process of rebuilding from the ashes. The changing landscape is mirrored by the central motives of the film’s main characters, Umi Matsuzaki and her romantic interest Shun Kazama, who are looking to clean up the school’s old clubhouse. Our characters aim to work alongside the rest of the club’s members to update the old clubhouse before it gets torn down entirely. Meanwhile, Umi and Shun learn some distressing revelations about their pasts that may put an end to their blossoming relationship.

Really, this is just a great slice-of-life film that takes a look a Japan during a very interesting time of change. Additionally, the moral that drives this movie is one that is of great consequence throughout history. That is, to not be limited by the past, but also to not just ignore it when moving on into the future. This moral is revealed by the clubhouse revitalization and reflected upon by the main characters and Japan itself.

As the clubhouse in the film is revitalized, we see a building that is being updated but is still paying tribute to its past. This is also seen in the landscape of Yokohama where places like Umi’s boarding home and nearby village are contrasted against the far more updated Tokyo. This gives Japan the appearance of a place that coexists in a rustic past and a modernized present at the same time. These themes also reflect on Umi and Shun’s past. Both of them are still affected over the loss of their parents (Umi having lost a father to the war and Shun being an adopted child who lost both parents). During the film, as their relationship grows, they look to get past these sad memories without forgetting the ones that they lost.

Of course, what really makes this postcard picture of historical Japan a really good film is just how beautiful it is to look at. Ghibli never really misses a beat when it comes to having its signature style make things look magical. The funny thing is that, even though Ghibli is dealing with a real story that is based on true events, their art still manages to give moments a feeling of whimsy. Things as plain as cleaning up the clubhouse or taking a trip to the city still feel fantastical through the lens of Ghibli’s art.

Overall, the film is just simple and beautiful. Goro Miyazaki does a great job of adapting a story that paints a wonderful image of a time long past. There is not a really a whole lot of plot to the film but there really doesn’t need to be. From Up On Poppy Hill merely creates a young love story and sets it against a lavish backdrop with a strong moral message. By doing what it does best, using art to create strong emotions, Studio Ghibli manages to create another film that most will enjoy (and some will love).