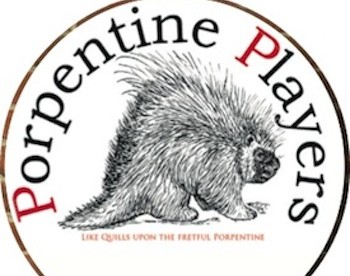 I desperately want to like new, emerging fringe theatre in Boston. While we have a vibrant fringe scene, such scene can always use support from patrons and reviewers, especially if it’s good. Porpentine Players offers rarely-produced classic and period pieces for Boston audiences. However, their inaugural production of the terribly difficult A Man for All Seasons by Robert Bolt is just not good. I hate to be too critical of an emerging theatre company, but I also can’t mislead audience members in their experiences. Therefore, I plunge ahead in my review for what turned out to be a painful night at the theatre.

The Factory Theatre is a wonderfully versatile, but poorly constructed space for fringe companies to explore. The space has its obvious limitations: disastrous heating/cooling, difficult lighting configurations, and cramped space with which to construct any kind of set. Fortunately, Porpentine Players do not attempt to build a set; they managed to tell the story with rough representations of various locations, which was a smart decision for the company with a limited budget and the space with limited, well, space. However, such decision creates its own issues as the company attempted to plod through this exhausting play without the benefit of a real “space” to create the play’s world. I could forgive them, perhaps, if I could discern on what they spent their money. The costuming was truly pathetic, with wrinkled dress pants and hastily-donned white shirts to create the illusion of sixteenth-century England.  The lighting had horrific shadows, leaving some scenes almost in darkness. I understand the intent to create differences between daytime and nighttime scenes, however, such low lighting did nothing for their actors and only furthered my desire for a catnap between scenes.

I hate to say that the play is boring. In fact, the play centers on one of my favourite periods in history. A Man for All Seasons revolves around the true story of Sir Thomas More, the sixteenth-century Chancellor of England during King Henry VIII’s reign. More refuses to endorse King Henry VIII’s desire to divorce his current wife, Queen Catherine of Aragon, and marry the enticing Anne Boleyn. Unlike Shakespeare’s King Henry VIII, which focuses on the King’s struggles, along with his relationships with the two women, Bolt’s play details the conflict for a man of principle and lofty ideals who must decide how he will survive the turmoil of England’s break from the Church during King Henry VIII’s reign. The play should be rich with conflict, intrigue, and suspense; admittedly, the play could also be bogged-down in political discourse and lofty moralities. Porpentine Players suffered from the latter, but, even so, seemed to miss the mark on Sir Thomas More’s ideology.

First, the play is demanding and ambitious for a young company, even if their stars have quite a bit of talent and experience under their belts. It’s a long play, filled with slow-moving plot and weighty dialogue. The play opens with The Common Man, played with full buffoonery by Rob Noyes, greeting us and providing a prologue of sorts; he serves as our narrator for the entire evening, so we better like him. Noyes is a very strong comedic actor, exhibiting a twist of the face, a twitch of the mouth on every occasion. Yet, I don’t think he’s right for this role. He seems to hit on any humor that he can find in the text and glosses over Bolt’s more profound statements and commentary on Sir Thomas More (yes, it is ridiculously hard not to write his full name). I can’t fault him too much for the crutches, and I applaud his ability to make his injury work for him, but he appears even more foolish as he hobbles around, not helping his character gain any weight or credit with the audience. We are introduced to Sir Thomas More, played with some credit by Ronald Nelson Lacey, a founding member of the company. I respect Lacey for tackling this role (and, presumably, choosing to tackle it), however, I think he misses the mark on the character’s arc. For much of the beginning of the show, Lacey seems defeated and every moment seems like another punch in the gut for his Sir Thomas More. He appears deflated, dejected, and not a very formidable opponent. Given how many of his rivals and contemporaries described him, Sir Thomas More was a man of principle, which gave him the energy and commitment to rebel (in his own subtle ways) against King Henry VIII. I did not see this quiet energy and strength until late into Act II. This deficiency detracted from the conflict because I never felt like Lacey’s Sir Thomas More could win. This lack of vitality makes the play seem one-sided and even stagnant, contributing to its boring and sluggish pace.

Of course, this is not to say that Sir Thomas More’s enemies and rivals were formidable threats. At the heart, King Henry VIII, played with the character of a toddler by Jonathan Fisher, holds the purse and the power. Fisher plays King Henry VIII like a grown child, an interesting choice, but it weakens him as a threat. While his Henry seems prone to irrational outbursts and temper-tantrums, Fisher lacks some of the drive and motivation to make him a three-dimensional character. As he was played, King Henry VIII was nothing more than a spoiled brat who played games with people’s lives. Again, a bold interpretation and statement, but made for a boring night of theatre. Without the varying tactics, Fisher’s scenes with Lacey plodded at an uncomfortable pace, reverting to the same moments of selfish cry-baby and scared servant. Equally confusing was Jenny Gutbezahl’s Lady Alice More. Gutbezahl made the choice to play her Lady Alice very broadly and brazenly. While this choice made for some delightfully funny moments, I couldn’t help but think that Lady Alice would have no friends, no connections, and no livelihood if she acted how Gutzbezahl portrayed her. Such choice was dramatically interesting, but(most likely) historically inaccurate and inappropriate. When I read the play, I imagined her daughter, Lady Margaret More, to be much more interesting and dynamic of a woman; while April Singley had some nice moments in the beginning and at the end, for the most part, Singley’s Lady Margaret seemed spineless and incredibly dependent on Christopher Sherwood Davis’ William Roper for emotional (and even physical) support. Davis has some very nice moments as Roper, creating some much-needed conflict with his own ideologies and goals, but nothing was created enough. Perhaps Davis had no one onstage who gave a damn about his ideologies and willingly challenged him; perhaps the conflict was meant to be discussed and dropped as quickly as it appeared. Either way, Davis’ Roper felt somewhat onstage than on the page, and I struggle to understand why in the capable hands of Davis, who can command a stage and establish a connection with his fellow co-stars.

Conor Burke’s Master Richard Rich presents his own problems. Burke presents a man who no one can trust. I expected him to wring his hands and laugh diabolically at any moment, even in front of the “good guys.” His Master Richard Rich lacked any of the nuances of a man who could manipulate his way into power. Instead, he seemed like a man who got damn lucky that he kept his head. By playing a mere caricature of “evil” and “untrustworthy,” he limited his depth and eliminated some suspense in the play. Indeed, it’s almost as if he wanted to be a humorous archetype instead of a man with real wants and needs. Anthony Dangerfield’s Cardinal Wolsey does not have nearly enough in the play, while he presents some fine moments towards the end of the play. Likewise, I’m not sure what to make of Floyd Richardson’s Duke of Norfolk. At times, he seems horribly inconsistent, and not for any explainable reason. I am not sure if he tried to create conflict within his character when such conflict was supposed to be supplied by his co-stars, or if he simply didn’t understand the character’s arc, but, either way, he had some solid moments towards the end of the play with some confusing interactions in the beginning and middle. Geoff Pingree’s Chapuys and Thomas Cranmer were some of the highlights for me because he seemed to at least understand who his character was and how he fit into this world. However, without his fellow co-stars to play off of him, he seemed like a buoy lost at sea for any actor to grab onto when he needed a solid interaction. Phil Thompson was mostly good, though never seemed to create a three-dimensional character for his Thomas Cromwell; I am unsure of whether Bolt gave him enough material, but Thompson just felt less than sincere or genuine in his performance.

My biggest critiques were the sheer weight of the production for such a small company. I was excited to see such an iconic and rarely-performed work in Boston, but I was disheartened to see such a play drag horribly. Sir Thomas More’s annoyingly pious nature with Master Richard Rich and Thomas Cromwell’s almost two-dimensional, sinister characters are tough points to reconcile in any production of A Man for All Seasons. Porpentine Players did not seem to rise to these limitations or challenges in their production. They seemed overwhelmed with the sheer size of the production and the gravity and depth of the characters for which they had to portray. Dare I say, even a Shakespeare might have been easier for this young company. Part of the challenge is that nothing could be cute because of copyright laws, forcing them to plod through with whatever they could muster and hope for some small success. In the end, despite some minor moments of clarity and emotion (I saw some real character work in Act II), the majority of the production felt like the man who had to walk through all seasons, and, oh, to watch the slow walk of a man to his demise is never a pleasant theatrical experience. I hope for better things for this company, especially if they continue to tackle classic (and period) works. Boston needs a theatre company with this kind of commitment, and, maybe, just maybe, Porpentine Players could fill this niche.