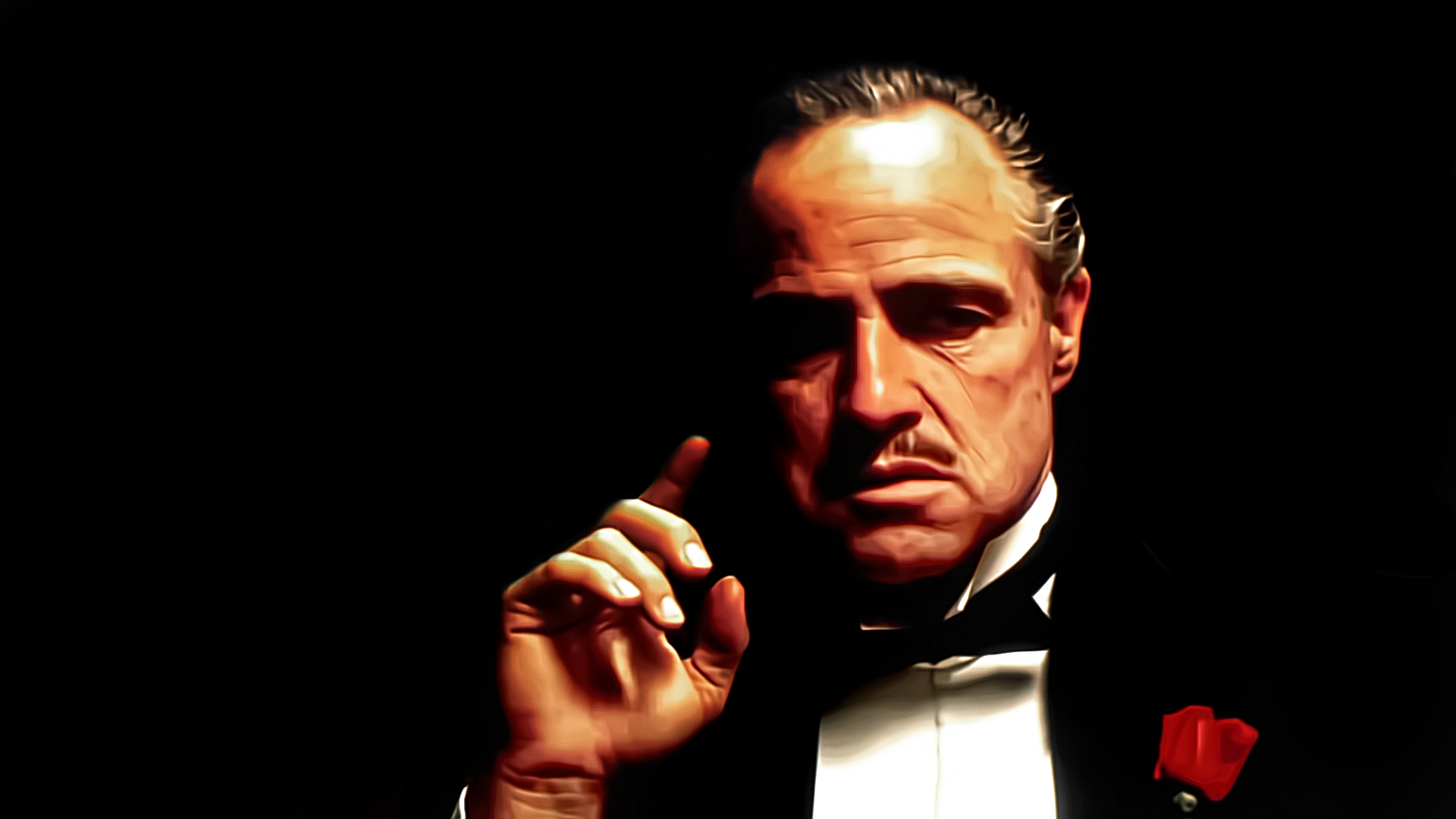 Our Favourites: An Offer You Can’t Refuse

As the film opens, we enter a dimly lit room and join the middle of what is a tale about the virtues and horrors of being an immigrant minority in America. This then turns into a passionate plea for vengeance that is directed towards the emanating figure of Vito Corleone, The Godfather. Years of vital family tradition insist that no Sicilian can refuse a favour on the day of his daughter’s wedding (after this movie, millions attempted to ask ridiculous favours from brides’ fathers to no avail). This speech sets the stage for what will become a very important driving force throughout this film (as well as the second one). It shows a theme of American culture misunderstanding and suppressing minority/immigrant culture and how the central characters subvert what is moral/legal in an attempt to gain some power in the brave new world.

The best way I can think of describing the first Godfather, which is my favourite film, is that it feels like I am looking at a sepia-toned photograph that is both beautiful and ugly at the same time. Overall, the cinematography in the feature remains one of the best I have ever seen and the lighting manages to convey more emotion than some actors can. A good example of this is the wedding at the opening of the movie (ps: anyone who thinks the wedding scene in this movie is long is someone who hasn’t viewed The Deer Hunter or Melancholia). The audience is immediately immersed in the stark contrast between cuts of the glaringly bright and happy outdoor wedding and the oppressive seriousness of Vito’s boudoir. This continues throughout, where shots consistently vary between ones that are bright/sparkly and others that are dark and almost dirty.

But though my thoughts normally first wander to how the film looks when I think about the Godfather, the plot of the movie is no less impressive. It revolves mainly around Michael Corleone, while still giving enough time to flesh out an ensemble of three dimensional characters, who has just returned home from war. We quickly learn he has spent most of his life avoiding the dark nature of his criminal family. He is then thrust into becoming a key player in the Corleone’s battle with Solozzo and the Tattaglia family, that starts due to one offhand remark made in a business meeting (which shows how incredibly small things in this world can reveal major facts and have huge consequences). This results in Michael becoming a key figure in his family’s affairs after his father’s attempted assassination. Then, after being attacked by an oppressive white authority figure, he is soon driven to committing murder and becoming entrenched in the world of crime.

Michael’s transformation from sweet/innocent to a dark/brooding facsimile of his father is impressively portrayed by a very young Al Pacino. Throughout the film, the audience witnesses a passion that Michael harbours, but rarely shows externally, for the things he cares about. When I watch Pacino in this movie, I feel like I’m witnessing a stick of dynamite that is ready to go off at a moments notice, but never really does. His character’s arc is astonishing because the protagonist we are introduced to is subtly changed into a person who is completely different and even a little scary.

His performance is accentuated by Michael’s mentor; the role of the original Godfather was perfectly casted as veteran actor Marlon Brando. His is a character that somehow manages to be both incredibly cold and calculating while still managing to show love and softness for the members of his family. During times when he is strategizing you can feel the supreme intelligence that hides behind his eyes. Yet, when he goes to tears the audience goes right along with him.

His brothers (and half brother) are masterfully revealed to have personalities that are not copacetic with such a position of power by film greats James Caan, Robert Duvall and John Cazale. Duvall as Hagen and Cazale as Fredo effectively show characters fighting for acceptance that is never truly achieved due to the former’s ethnicity and the latter’s lack of intelligence. Caan brings a passion to the intensely volatile Sonny whose hubris eventually leads to his death, which remains one of the most famous in film history.

But this alone only manages to cover some of the central characters. Minor characters are even given ample time to make an impression on the audience. Who could ever forget when Clemenza (Richard Castellano) delivers the improvised line “leave the gun. Take the Cannolis”. Or take Abe Vigoda’s quiet portrayal of Tessio, whose character has little to do with most of the film, but manages to still break hearts when he exits near the finale. Viewing so many memorable performances from such a large and diverse cast never ceases to amaze me.

This barely even manages to scratch the surface. This movie alone has managed to inspire entire books and documentaries dedicated to analyzing it (ex: The Godfather Effect, The Godfather Legacy, etc). The team-up between Francis Ford Coppola and Mario Puzo managed two create not one, but two timeless films (Puzo’s presence was sorely missed in the far less superior third installment). These masters managed to create a work of art that is simultaneously a character/ensemble piece, time period epic, historical facsimile and taut crime drama. Also, it is picturesque and beautiful, while being bloody and brutal. I have yet to discover something else that so effectively manages to paint a portrait of both a loving/close family and a corrupt criminal empire. It  is not only a “must watch” film; it is a “must own and watch as many times as you can” film.