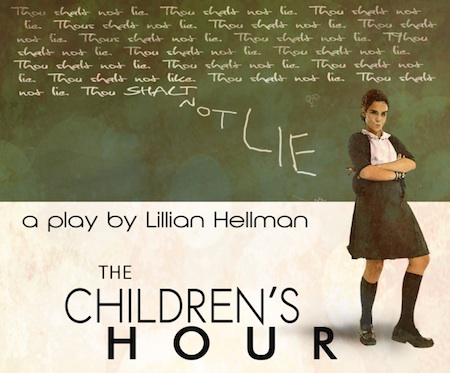 The Children’s Hour is a Crucible-like story about the devastating effects of an angry young woman’s lives on those around her. In this 1934 drama, it is her two schoolmistresses Karen and Martha (played by Kathleen Pollard and Marisa King) who suffer most from the girl’s actions and who lose everything as a result of her pernicious behaviour. The piece was produced by local community theatre group Encore Entertainment, which aims to produce affordable, family-friendly entertainment at the Toronto Centre for the Arts.

Kathleen Pollard as Karen Wright does beautiful work conveying her character arch from happy bride-to-be to the devastated, lonely woman we see in the final scene of the play. She conveys Karen’s emotional struggle with great humour and depth, showing us her pain and anger, without falling into melodrama or self-pity. Will van der Zyl does a fine job as Karen’s fiancé Joseph Cardin, although his spot-on dialect sometimes impedes his responsiveness to his scene partners; he occasionally seems a bit stuck in how he decided his lines should sound. Marisa King has the greatest challenge in the play. Martha Dobie is a highly mercurial character, lashing out in one moment and falling in love the next. King does not quite master the fluidity of the role, but certainly wins our hearts as King suffers the play’s greatest torments.

Kudos to Encore for taking on this very challenging script. The production stutters here and there, but it is wonderful to see this type of work being taken on by our community theatre companies.