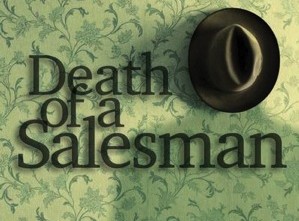 February is a month of love, and I intend to show lots of love for Boston theatre. In an odd sense, all of these productions have something to do with love and loss. From the coldness of Russia to the warm (but cold-hearted) movie theater, these stories of what it means to love and lose provide some wonderfully tender and emotional journeys. From a classic Chekhov to musical genius to a New England premiere, these productions promise to be as entertaining as they are smart. We hope that you will consider attending them with a loved one!

To be considered for March’s entry, please email me at brian@myentertainmentworld.ca by February 21, 2014 with information on your production, including company name, production title, director, location, production dates, and a brief reason why your production should be considered. March’s listing will be posted at the very beginning of the month.

Brian’s “Must See – February” for Boston include:

The Cherry Orchard, by Anton Chekhov, directed by Melia Bensussen
Actors’ Shakespeare Project
The Dane Estate at Pine Manor College
Chestnut Hill, MA
February 12 – March 9, 2014
I have been a fan of Chekhov since high school. Oddly, The Cherry Orchard is my least favorite of his plays, but it’s a wonderfully accessible gem and provides ASP to feature some of its stars. I am also very excited to see it performed at The Dane Estate at Pine Manor College in Chestnut Hill, Massachusetts. I applaud ASP for their creative choice of venues and their willingness to explore all possible locations. Their 10th season has been hit-or-miss for me, but I have to give them substantial credit for their variety, outstanding play selections, and eagerness to engage new Boston communities with their productions.

Death of a Salesman, by Arthur Miller, directed by Spiro Veloudos
The Lyric Stage Company of Boston
February 14 – March 15, 2014
This production almost needs no introduction. One of America’s true classic hits one of My Theatre Boston’s favorite stages, The Lyric Stage Company of Boston presents Death of a Salesman with a stunning cast, including Ken Baltin as Willy Loman and 2013 My Theatre Award Nominee Paula Plum as Linda Loman. As if it couldn’t get any better, 2013 My Theatre Award two-time Nominee Spiro Veloudos helms the production. While many directors and companies have attempted this moving piece of theatre, I think Veloudos and The Lyric will provide something special. What remains to be told? How will their story of the lost “Everyman” be the same or different from the other versions you have seen? Get your tickets today to find out!

Rabbit Hole, by David Lindsay-Abaire, directed by William Deschenes
Emerson Umbrella Company
February 27 – March 9, 2014
David Lindsay-Abaire created a stunningly heartbreaking play; I think it’s his best work, but I know some people find the play too dark, too depressing. Lindsay-Abaire follows a mantra that one of my directing mentors taught me: Tell the stories that scare you. Whether it’s writing, producing, acting, or directing, the stories that frighten us produce the most visceral reactions from us as artists and people. Rabbit Hole is one of those pieces. Becca and Howie have lost something very dear to them, and, as we watch them struggle to gather the pieces, perhaps we’ll find something new with them. Emerson Umbrella has constructed a fantastic season, and this piece highlights some of the noteworthy elements of their season.

Company, Words and music by Stephen Sondheim, book by George Firth, directed by Allison Olivia Choat, music directed by Dan Rodriguez, choreographed by Rachel Bertone
Moonbox Productions
February 7 – March 1, 2014
I rarely see Company performed in the local Boston area. Maybe for good reason. The show can be dated, sluggish, and a sad commentary on love and dating without some of the excitement of Sondheim’s other classics. I think the musical is a stirring tale of one man’s journey and desire to connect. In a digital age where it is harder and harder to feel truly “alive,” I think Company has even more of a need to be seen and discussed. Many Boston favorites, including David Carney, perform in this treat, and the production also features 2013 My Theatre Award Nominee Rachel Bertone’s choreography. This anti-Valentine treat might be just what you need to weather the winter blues.

“Absence tells the story of 76-year-old Helen whose lapses in memory have not diminished her need to control her family, and as the family’s matriarch, she is used to getting her own way. But now Helen’s world is growing more chaotic by the minute, and she’s furious. No one seems to be taking it seriously. Even her doctors are turning a deaf ear. A surprising, theatrical, and deeply moving look at a family in crisis and at one woman’s struggle to survive in an ever-changing reality.”

I don’t think my description or explanation could do it justice. Right now, I am sensing some haunting performances lead by Joanna Merlin as Helen. As many of our parents in the Baby Boomer Generation get older and older, I feel like many of us must confront our feelings on what it means to age and to age with dignity. I gots a good feeling about this one, folks.

[Editor’s Note: we reviewed this 2011 My Theatre Award nominated Best New Work back in its first reading at the Playwrights. How Floyd uses language to illustrate Helen’s descent is mesmerizing. Not to be missed.]

The Flick, a New England Premiere by Annie Baker, directed by Shawn LaCount
Company One
Modern Theatre – Suffolk University
February 20 – March 15, 2014
The Flick intrigues me more than anything. I have not seen a show at Company One in a while, but they’re back on my radar with the support of my growing staff writers. Though I’m not a fan of original works, Annie Baker’s prior works seems impressive and interesting enough to keep my attention. Company One’s description and advertising seem quite vague, but, again, intriguing. Moreover, this play seems without gimmicks; it seems like an unapologetic gift for actors. Please prove me right.