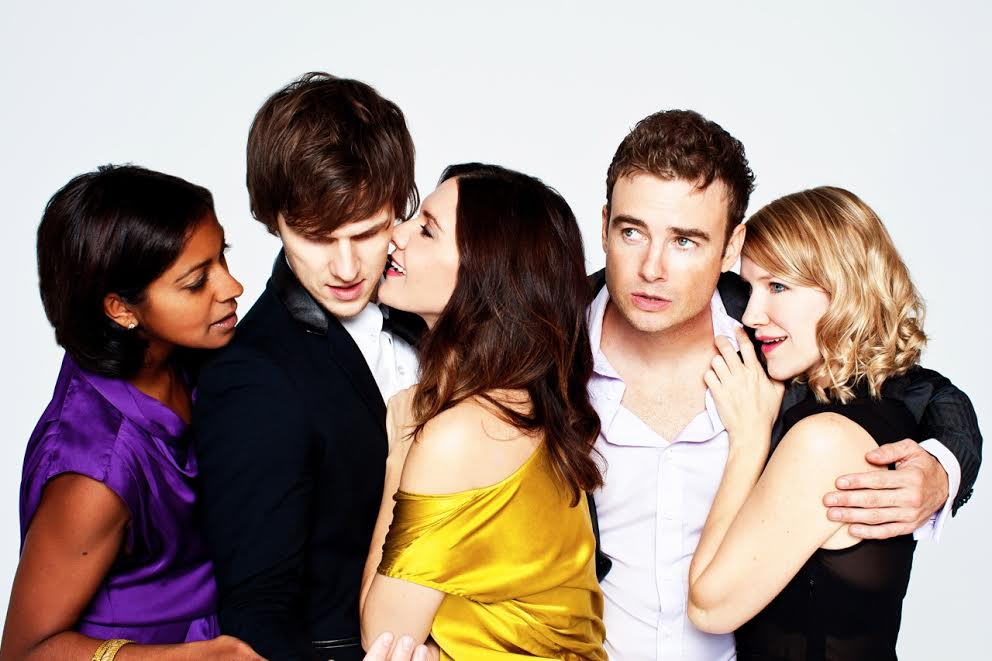 Rob van Meenen’s Repetitive Strain Injury chronicles the meeting and relationships of five young(ish) strangers. In Act One, Julie and David are preparing for their wedding. David’s best man and womanizer Guy has a fling with Candace, whom he picks up at a bar. And Julie meets Pia, a sage-like telemarketer, over the phone. And then Candace sells Pia a pair of shoes, Guy invites Pia to Julie and David’s wedding, and everything falls into place. Act Two picks up the story one year later with Julie and David on the rocks, Pia holding them together, and Candace popping up in unexpected places.

Unfortunately, this well-worn trope of introducing characters severally and then having them cross paths over and over in an attempt to reveal a universal truth is not nearly enough to hold one’s attention for two acts in the frigid Factory backspace, particularly when that truth seems to be that everyone is terrible (except Pia, who becomes even more sage-like). Coupled with unlikable, unbelievable characters and stilted dialogue, Repetitive Strain Injury– directed by Harry Judge and starring Robin Dunne, Amy Matysio, Pat Kiely, Ava Markus and Imali Perera- became an ironically apt title as the play progressed. I was hoping for much more from this interesting group of artists and producers.