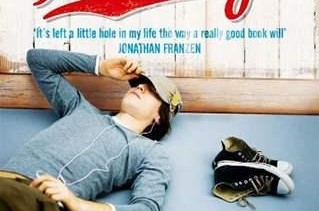 The Art of Fielding

I don’t know how to put into words what I felt while reading The Art of Fielding. Not a particularly auspicious start for a book review, but I feel like the gaggle of introspective and confused characters who populate its pages would understand.

On the surface, The Art of Fielding is about the ridiculous majesty of the American baseball story. I admit these always get me a bit misty eyed – maybe it was watching games with my Dad as a kid, waxing rhapsodic about the power of Fenway, or maybe it’s cultural conditioning and too many early viewings of Angels In The Outfield. The “main” character of the book, Henry, is a baseball phenom who sprouts out of an awkward poor kid under the tutelage of bombastic ace Mike Schwartz. The Art of Fielding chronicles Henry’s attempts to get into the major leagues, and Mike Schwartz’s desire to help him while also trying to figure out who he is.

But god does that not give you a picture of the book. More than baseball, I think, the book is about college, and that brief moment before you take irrevocable steps into adulthood. It juts around through its own chronology seemingly at random, spending chapters mired in the muck of a character’s emotional funk only to suddenly jut forward to a baseball game three years later. It switches points of view too, more times than a Game of Thrones novel, bringing us deep into the heads of not just Henry and Mike, but also the Dean of students and his lost-soul daughter, Pella. The characters are not always likeable (well, Mike is always likeable), but they’re always recognizably, painfully human.

In the way of college students (and the Dean who never seemed to quite stop being one), the book is also about dreams, but not in that lofty “believe in yourself” kind of way. It’s about the limits of our existence and of our dreams, about how “Dreams” with a capital D can get you lost just as often as they lead you forward, and about the lack of absolutes on our path to adulthood. Occasionally, the narrative feels shiftless, lacking a cohesive arc or clear path, but that’s part of what makes it so wonderful.

The ending is a bit over the top, but I loved it in that kind of “narrative closure” way that only a group of college students could really think was appropriate. I loved that it didn’t tell us definitively what happened to the characters, but not in some bullshit cliffhanger way, just in the gentle way that we never really know what becomes of the people we’re close to after we’ve moved away from them.

If it seems like I may have overly invested myself in these characters, it’s because of how deeply real they felt. Their emotional journey was at once specific and universal, and it helped explain feelings to me that I’ve only barely articulated to myself. I read this as a part of a book group, and it pretty much split the assembled fifty/fifty, but those of us that loved it did so passionately.