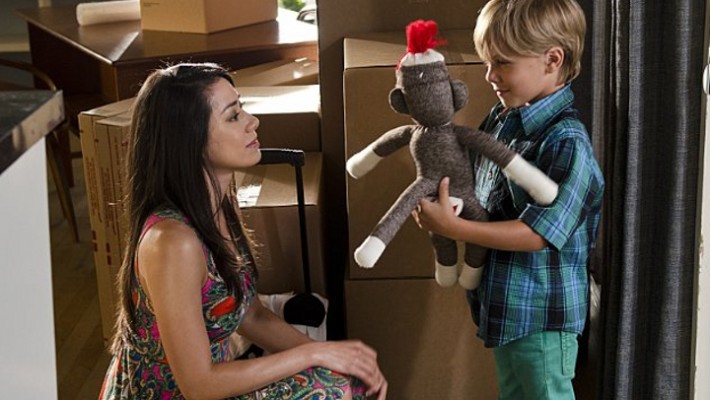 With one episode left to go, it appears that Dexter has deluded himself into thinking that everything will work out for a perfect Argentina ending. If he had been able to give up some of his ideals, it may have worked out, but it seems that his inability to give up his morals may mean that his most precious items will be taken forever.

Dexter is obsessed with catching Dr. Vogel’s killer, her son, The Brain Surgeon. Eventually, Dexter caught his prey with the assistance of his sister, Deb. After sedating the killer, Dexter took him to Saxon’s killing spot. With Saxon on his table, Dexter entered a revelation and decided not to kill The Brain Surgeon. Instead, he called Deb and left Saxon on a platter for her to make the arrest.

As Dexter left his knives behind, it seemed he was crossing over from his serial killer mindset and entering the life of the normal. If this was the last episode, Dexter may have ended up with a new family in Argentina. With one to go, Dexter seemed to forget that he was in far too deep for a chance of consciousness.

US Marshal Cooper had been tracking the Morgans with hopes of finding Hannah McKay and ended up at the potential killing location where Deb had arrived while Dexter was leaving. As great as the show has been, this plot seemed a bit too unrealistic, even for a show about a serial killer killing serial killers.

Cooper arrived and found Saxon. For a US Marshall, it seems a bit ridiculous that he had no idea that Saxon had recently been announced as a possible serial killer. Despite being the most wanted man in Miami, Cooper immediately let him go and was quickly stabbed in the chest with one of Dexter’s knives.

Simultaneously, Deb entered to see Saxon murder Cooper. As she entered and pulled her gun, Saxon quickly took the gun from Cooper and shot Deb in the gut before escaping from the scene. Before hitting the ground, it appeared that Deb also shot Saxon in the arm before falling on the ground and calling for a medic.

During this fiasco, Dexter blissfully packed up Harrison and began to head to meet up with Hannah McKay. At the time, Dexter also knows that there is also an approaching storm that could possibly delay Dexter and Hannah’s flight plans.

For speculation, it will appear that the last episode will involve Dexter or Saxon killing one another. The US Marshall service will have to find out the relationship between Hannah McKay, Oliver Saxon, and the Morgan siblings. With the writing being somewhat slack, the only hope for this final season will be an amazing last episode.