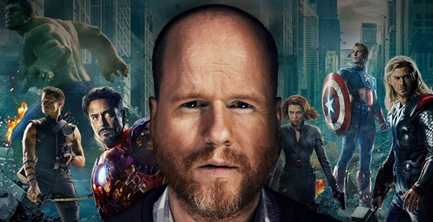 The 2012 My Cinema Awards: Honorary Award

There’s always at least one magnificent piece of work that just doesn’t fit into our annual awards, either because it stands head and shoulders above the rest of the work being done or because it’s simply so very different, incomparable. That’s what our yearly Honorary Awards are for. There’s one for each branch presenting awards: Cinema, TV, Games and Theatre, and it works basically like when the Tonys made up a category so they could reward the people who did the War Horse puppetry, there being, of course, no “Best Puppet” category at the Tonys.

Last year’s recipient, Andy Serkis, exemplifies the above paragraph perfectly by being so standalone in the field of motion capture performance that if we were to eventually make it a regular category he would dominate like Homeland at the Emmys. This year’s recipient is very different. Instead of being the singular go-to man for one particular art form, he is one of the industry’s most important multi-hypenates, a writer-director-producer extraordinaire whose transition from cult TV icon to blockbuster superstar was so perfect not even he could have written it.

Joss Whedon is, and has been for decades, a hero of the modern TV viewer. He proved that high art, fun entertainment, and smart business can work together with Buffy and Angel. He showed the power of fandom with Firefly. He broke through genre barriers his entire career, introduced the musical episode paradigm to television, stretched the limits of his medium, and proved that hard work, good friends and loyal fans can get things done even when the big guns won’t back you up (here’s to you, Dr. Horrible).

But it was only this year that he became an industry superstar beyond television, beyond his cult following, beyond geek culture. This was the year that my dad finally stopped calling him “Josh”. With three films, Joss Whedon took over 2012, defined the year in popular cinema, and changed his career forever.

First up was Cabin in the Woods. Produced and co-written by Whedon, the long-shelved MGM property finally hit theatres in April. The film boasted Whedon favourites Amy Acker, Fran Kranz and Tom Lenk alongside future Avenger Chris Hemsworth, the great Bradley Whitford and My TV favourite Jesse Williams. Directed and co-written by Drew Goddard, the film scored 6 My Cinema Award nominations and landed on two of our “Best of 2012” lists. It made horror fans out of horror haters, showed off its future-star stars in really interesting roles, transcended its genre (whether you classify it as horror, satire, or whathaveyou), and was generally a shockingly kick-ass movie- smart, funny, terrifying and oh-so-good.

Next up was the biggie- the make or break moment. The Avengers. This big-budget, star-studded extravaganza- the pinnacle of years of Marvel movie making- was the biggest undertaking in recent cinema history. And Whedon Nailed it. Killed it. Wrapped it up and sent it on a shuttle to Asgard. It received 5 My Cinema Award nominations (plus a win for Best Ensemble) and was one of only three films (with Argo and Looper) to make every single one of our “Best of” lists for 2012, coming out on top in the eyes of one of our toughest critics.  The critically adored popcorn flick quickly became the third highest grossing film of all time and gave Whedon the clout to do whatever he wanted in the film industry pretty much forever.

So what did he do with that clout? He made a small, personal project at his house with his friends. Why? Because he could. Much Ado About Nothing (which we called “the Whedoniest film of all time”) premiered at The Toronto Film Festival in September of 2012 but didn’t hit wide release until June 2013 so its fate in the My Cinema Awards is yet unknown (check back in January for the 2013 nominations). But we loved it for its heart and melancholy and belly laughs. We loved it for its inner-circle casting and modern mindset, its Shakespeare geekiness and casual excellence. It was filmed literally in two weeks, self-funded and completely independently produced and yet there it was at the local AMC (or  Cineplex Odeon or Regal Cinemas or whatever) come June, where smart customers chose it over Superman. Whedon might just be the only filmmaker on earth who could pull that off.

It’s not so much any of these achievements on their own that makes Joss Whedon this year’s Honorary Award Winner (though The Avengers alone might have still gotten him close) but rather their collective existence. The versatility of skill, the guts and talent and sheer determination to be himself and make what he loves that shines through all these films, those are the things that make Whedon’s contribution to film in 2012 simply incomparable.