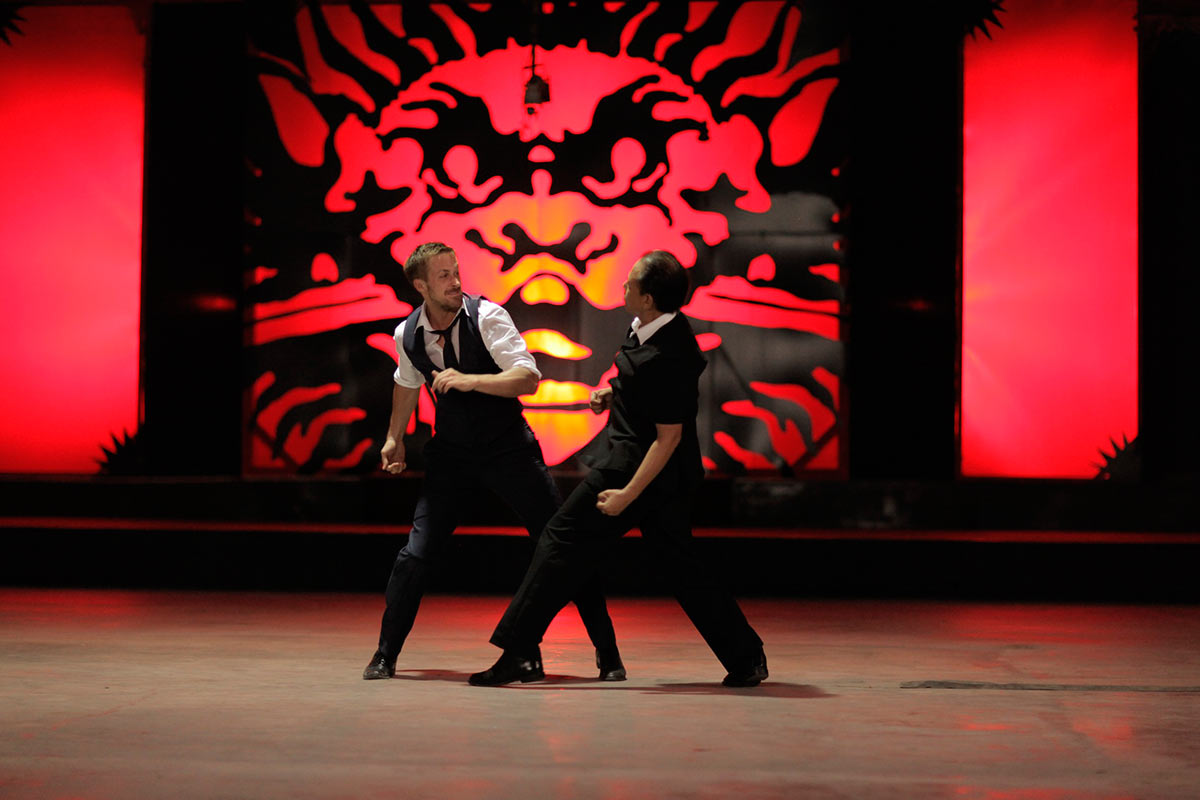 The trailer for Only God Forgives is absolutely remarkable. Stylized cinematography with a glowing rufous aura of revenge is cloaked in tension-rising techno that shadows the slow-reactions of actor Ryan Gosling. With a firm R-rating, the two-minute trailer introduces a samurai-sword-carrying-killer-cop and a mother asking her youngest son to avenge the murder of his older brother. “If the tables were turned,” begins the mother. “Your brother would have found your killer and brought me his head on a platter!” After a series of images portraying shoot-outs, fistfights, and blades slicing thin air, we see our hero approach his villain, simply asking, “Wanna fight?” Unfortunately, the film doesn’t deliver much more than it’s trailer.

Despite the overwhelming cult success of Drive, also starring Gosling and directed by Danish filmmaker Nicolas Winding Refn, Only God Forgives was actually booed at the Cannes Film Festival. Known for his stylized storytelling, the director is heavily influenced by Alejandro Jodorowsky and David Lynch to a degree that essentially overcasts the film, keeping it from being his own. The plot never fully seems to understand itself as it did in Drive and the dialogue could fit on the back of a matchbook. While dialogue doesn’t equal success, such as a the opening to There Will Be Blood, the lack of conversation in this film isn’t telling, it’s withholding. The slow reactions and long shots of characters walking begin intriguing but quickly become overbearing.

Characters like Tony Soprano and Walter White have invited anti-heroes into the limelight. The problem with the characters in Only God Forgives is that they truly have no underlying positive qualities that help the audience relate or even care if they survive. Crystal (Kristin Scott Thomas), the brothers’ mother, begs her youngest son to avenge his brother. Julian (Ryan Gosling), who we are led to believe killed his father at the mother’s request, must now kill again as a youngster with a severe Oedipus complex. The problem is that the brother who was murdered was killed because he raped and slaughtered a young girl. Julian is the only character with the vision of morality to see his brother deserved to die. Crystal, who felt that her son “had his reasons,” creates the roller coaster of destruction before inviting everyone to climb aboard.

Although the recipe leaves a bitter taste, Only God Forgives is still worth the watch. The mushrooming score from Cliff Martinez (Drive) builds tension and Larry Smith’s cinematography (The Shining, Eyes Wide Shut) is as lethal as ever. Refn’s engrained idea that cinema’s image and sound collaboration can connect with each individual viewer allows for audience members to view the screen as a mirror—seeing what they want to see. Some of the techniques are similar to those of Harmony Korine’s Spring Breakers, where new styles of editing and cinematography stay with viewers, whether or not the plot fully resonates. Both Korine and Refn stand at a fork in the road with style and vision as their only luggage. Choosing the right path for a future of phenomenal filmmaking will likely involve finding a fellow passenger on the journey that only carries a typewriter.