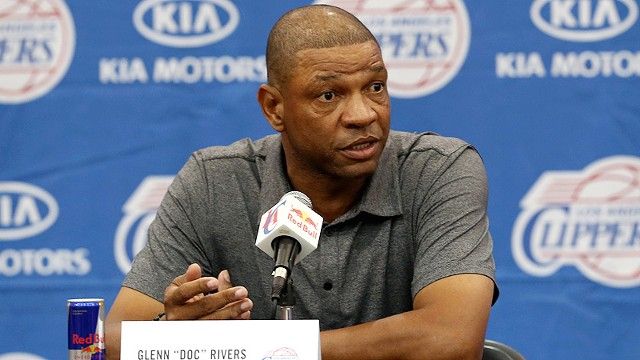 First and foremost, for all you Michael J. Fox megafans (and really, who isn’t one?) expecting a recap of the delightful romp Doc Hollywood– a winning film concerning the comic and romantic entanglements of a big city doctor stuck in a small town- I sincerely apologize. This is not that article and, in all likelihood, that article will never exist. As much as I would love to pour over all of Fox’s delightful asides and detail his sizzling rivalry with local legend Hank Gordon- played by the incomparable Woody Harrelson- this is neither the time or place for such pursuits.

Instead, after reeling you in with an incongruous title, we shift gears away from one of North America’s favorite rascals to a decidedly depressing topic: the Los Angeles Clippers are improving.

That line, unfortunately, does not have the shock value it once owned. For decades, the Clippers were doomed by their owner’s incompetence, by the consuming, lecherous shadow that is Donald Sterling. Real estate mogul, confirmed racist, and general curmudgeon, Sterling famously denied his team the right personnel moves in favor of personal interest. When they needed a new coach in 2010, rather than hire someone capable of doing the job, he lowballed the league and went for the worst head coach millions can buy, Vinny Del Negro. Instead of relocating his team to Anaheim, where they could play far away from the Lakers’ dominating presence and carve out their own market, he insisted they stay at Staples Center to minimize his commute from Beverly Hills.

Here’s the cherry: a few seasons ago, frustrated by his team’s lack of success, Sterling heckled the starting point guard, Baron Davis, from a few rows back. Not a few boos, a rowdy jeer here and there, Sterling repeatedly belittled Davis’s shot selection, physical shape, and presence on court, destroying what little confidence the injury-riddled guard had in himself and solidifying Sterling’s lack of confidence in his own team.

You’d think not even the sunshiny allures of Southern California would be enough to sway free agents to this monster’s squad- you’d be wrong. Somewhere in Blake Griffin’s miraculous Rookie of the Year campaign and pre-emptive coronation, the Clippers became relevant again, a team that people watched and actively rooted for. Chris Paul’s arrival in 2011 cemented the transformation and now they’re taking the next leap towards actual contender status, bolstered by the addition of one of the most respected coaches in the game: Doc Rivers.

Days after the hire, the Clippers furthered their offseason haul by re-signing Chris Paul to a five year deal and sending young-ish man Rivers on the recruiting circuit. He immediately wooed sharpshooter J.J. Redick over dinner, resulting in a three team swap with the Milwaukee Bucks and Phoenix Suns that sent off Caron Butler and Eric Bledsoe for Redick and Jared Dudley. Armed with a formidable starting five- including Griffin and DeAndre Jordan- and backed by bench sparkplug Jamal Crawford, the Clippers are a few pieces away from a legitimate contender.

Last season, the same core with lesser spokes and an incompetent coach lasted two rounds in the playoffs. Now that they have one of the best and most liked admirals on the pine? I am genuinely worried, deeply disturbed by the possibilities. Doc is a proven champion; the only question is, can he bring his winning ways with him to Hollywood and whip a ragtag bunch of scamps into shape?

If this were a Michael J. Fox movie, we know it’d end in a banner, and probably a somersault dunk thrown down by a werewolf. Even if the Clippers don’t reach those fantastic heights, they’ll make for one hell of a flick.