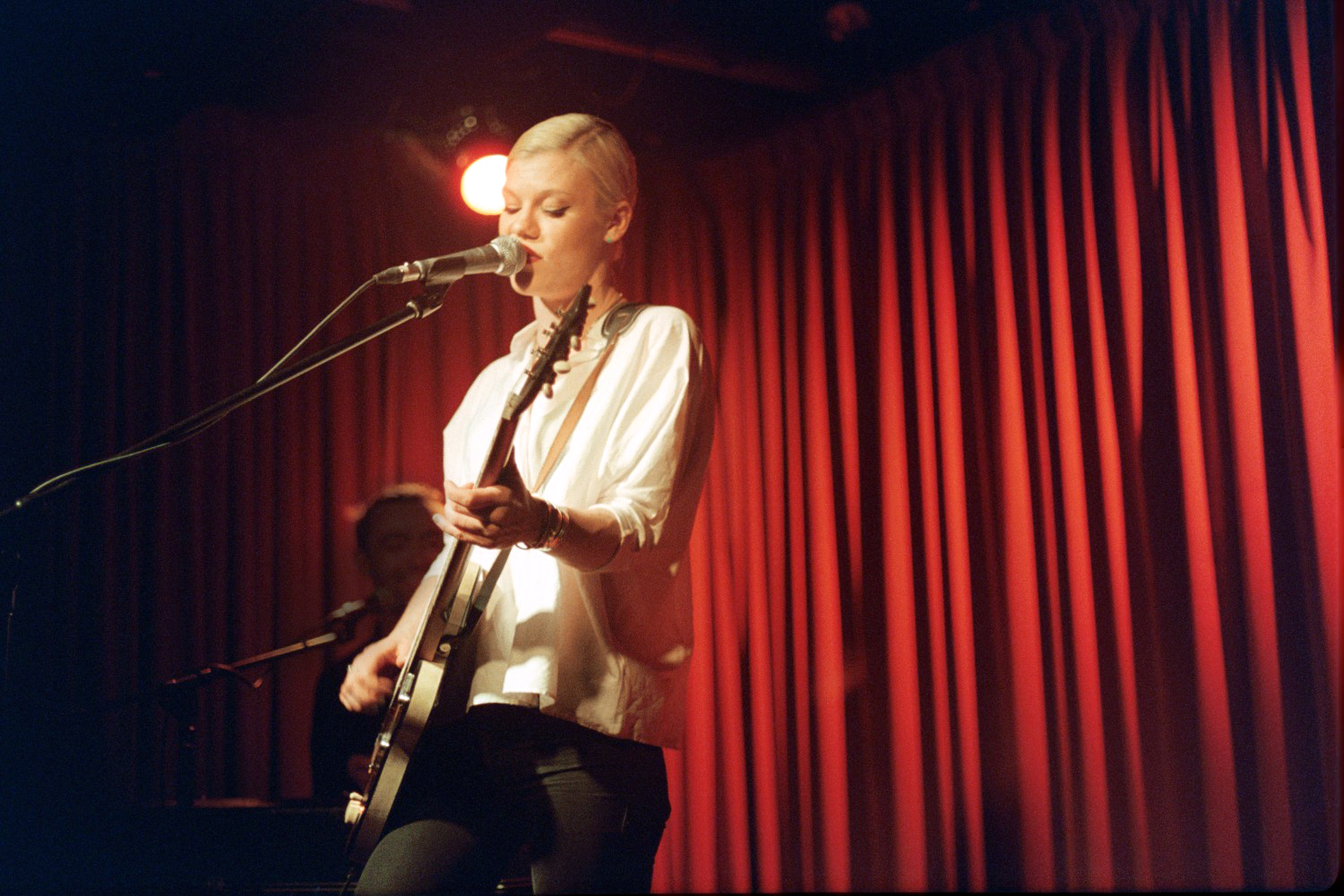 “Oh man. If this is what I sound like at twenty-five, I’m gonna sound, like, ninety in a few years.” Trixie Whitley is nursing a cold that threatens to rob her of the smoky bourbon voice for which she has been rapidly gaining ground of late. And it is, emphatically, deserved ground. Stopping in Toronto on a late-April evening, she appears to have taken Canada’s penitent reputation to heart and apologizes again and again for the gravel in her throat (as well as the temperamental sustain pedal of her wurlitzer).

If anything, her ragged throat is adding to the experience.

Whitley cuts a tiny figure in heeled boots and a flowing white blouse, stark against the crimson curtain of the Drake Underground. Touring her latest record, Fourth Corner, the singer-songwriter is bashful between songs and speaks gently with a genuine appreciation for the crowd gathered reverently before her. As she sings, however, she is transformed utterly. She is imbued with the intensity of one twice her age, passionate to near-tears as she belts her emotional catalogue.

And what a catalogue it is. Fourth Corner is a record about departure. About love, about rage, about the soaring highs of happiness and the withering lows of alienation. As she guides us through this staggering gauntlet of sensation, Whitley moves about the stage with a kind of spasmodic grace—curled shoulders and avian jerks—as though the depth of sensation pouring from her is not being sung so much as it is ripped from within. She is also a hell of a guitarist, fingers voicing unconventional chords, flitting about the fretboard like Joni Mitchell pumped through the Black Keys’ amplifiers. The instrument’s tone is the perfect counterpoint to her voice and they mingle like smoke and stars.

At its most energetic, the set brings album centrepieces like ‘Irene’ and ‘Hotel No Name’ to the fore—sinister tracks built around snarling guitar lines and a driving stomp that is felt more than it is heard. Elsewhere, Whitley sits behind the aforementioned wurlitzer and wrenches oceanic depths of sound from the keys. The spirit of her late father, the immortal Chris Whitley, shimmers on beautiful tunes like ‘Gradual Return,’ and then dedicates the anthemic ‘Strong Blood’, to both her parents and the turbulent flux of experience they shared in their few short years together as a family.

Solemnly stripped to its barest bones, ‘Oh the Joy’ is a contemplative, melancholic work of art. Whitley’s voice breaks horribly as she stretches for its peaks, and she giggles, forcing through, twinned in the dozens of rapt eyes fixed on her performance. Humble and convivial, genuine and talented beyond compare, Whitley was an unmissable high-water-mark of last month’s musical calendar. We wish her well.