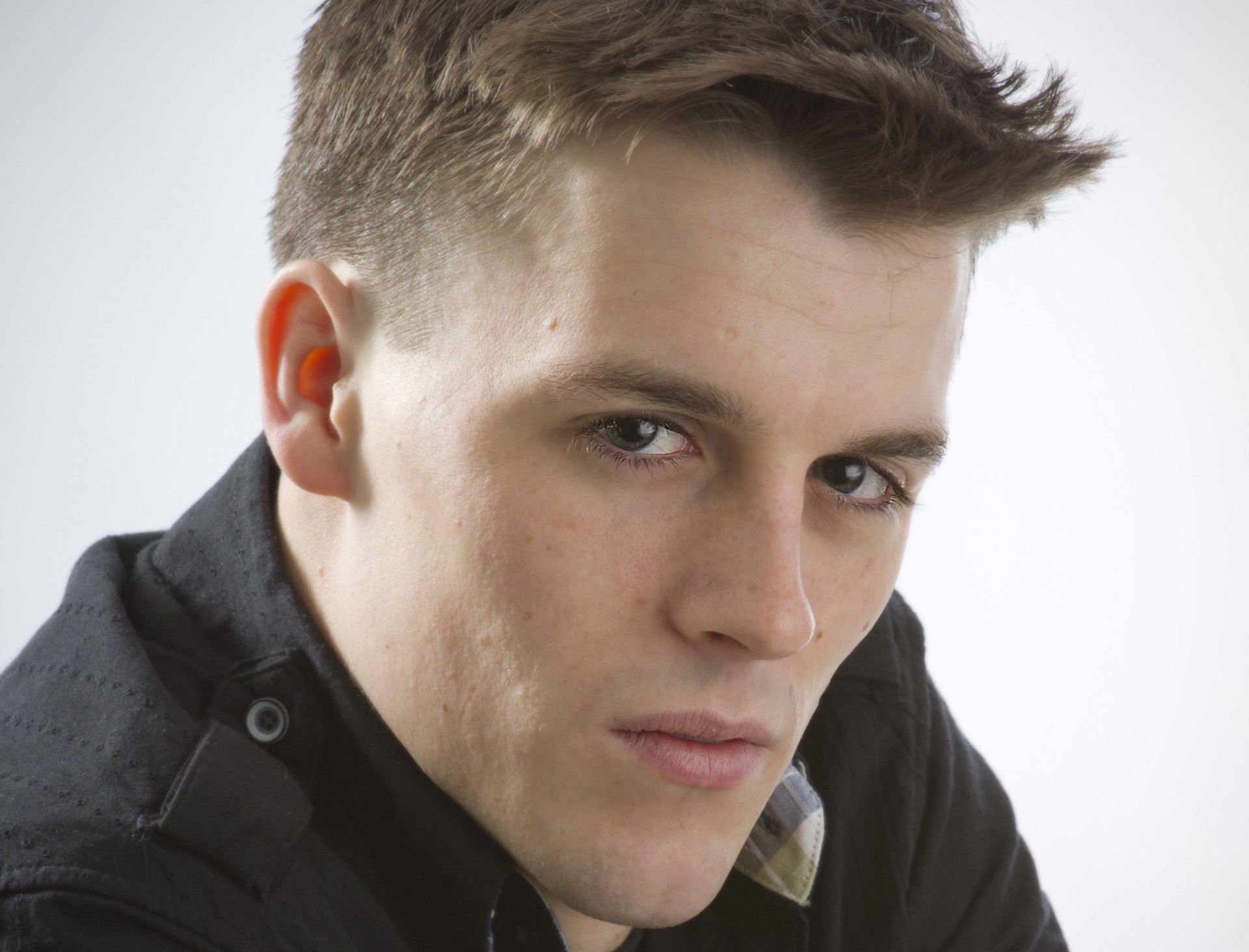 In my review of one of the best productions in Boston all year, Polaroid Stories, I said “few actors could make me fall in love and despise and pity and love again the man who is Narcissus” but Michael Underhill did.

Now the Best Supporting Actor in a Regional Production nominee gets the chance to tell us about creating such a memorable performance.

When did you decide that you wanted to pursue acting?
My first show was Annie Get Your Gun with Fiddlehead Theatre when I was in second grade.  I then took a five-year hiatus until I joined the cast of The Sound of Music at my high school when I was in seventh grade. I was hooked at that point. Never before had I been surrounded by friends and mentors who were all so supportive and pro-active in creating theater togther.

How do you choose your roles?
I have been lucky enough to been involved with several theater companies multiple times (imaginary beasts, Happy Medium Theater, Heart & Dagger productions, Stoneham Theater). When working with the same artistic staff and fellow actors again and again, the better sense I have of how I fit in within a certain group of actors or a certain director. Conversely, I believe directors have a much better sense of where I fit in with a production once they have had the opportunity to rehearse and have in-depth conversations about a character. Needless to say, I love walking into a rehearsal room of familiar face and be able to hit the ground running without much ice-breaking.

How would you describe acting and/or theatre in Boston?
I say the following to actors on the verge of graduation in Boston: ‘Once you’ve done three shows in Boston, you’ll know of everyone in the Boston theater scene’. It’s not just that it is small. It is a wonderfully supportive community. You may not have met a fellow actor while doing a show, but you have probably seen each on stage or at an audition. It’s extremely inspiring to see the actors who were founding members of the A.R.T. still working together after doing hundreds and hundreds of plays over the last thirty years.

Do you have any nightmares on stage?
Not on stage, but I have had nightmares about being unable to finish shows. I cant remember the lines, but I cant get off stage and the audience won’t go home!

Talk to us about this role and your performance. What was the most challenging part?
Narcissus in Naomi Iizuka’s Polaroid Stories is an extremely lonely call boy who has been deserted by everyone in his life. He only trusts himself and craves attention, yet  cannot bring himself to be open, honest or accepting of anyone else, specifically Echo (Elizabeth Battey), who has become infatuated with him. The most challenging part of this role was to avoid stereotyping his language and speech patterns. He is a young man who has been hurt and has complex approach do his interactions, despite his seemingly simple and care-free attitude.

How do you normally prepare for a new role?
I depend heavily on the relationships I develop with my cast mates. Theater is not comprised of many people’s individual performances on the same stage. It is the tangled web of relationships that is presented to the audience. Watching an ensemble wrestle with that web to create a story is the most fascinating feat for me.

How did you prepare for this particular role?
Narcissus (naturally) dominates the conversations he has with Echo. So much of the interaction that is usually supplied by dialogue needed to be addressed differently.  Battey and I had a lot of discoveries in how close we were physically, when we were making eye contact and when we weren’t and especially how one of our rapid change of direction affected the other.

How or why was this role or play different for you?
I would have to say this is the most flamboyant character I have played. I think that word (flamboyant) also has a stigma that I was challenged by. I did not want to neuter the entering aspects of it, but I also wanted him to have depth beneath the flair.

What is your inspiration for acting and/or theatre?
I respond very strongly to clowning. There is such high stakes and high expectations with a clown – that the end result, no matter what, is fascinating, both to the audience and the clown. I try to translate that feeling into different genres I encounter.

Do you have a best or favorite production or performance?
My recent performance as C.B. in a production of Dog Sees God by Bert V. Royal, presented by Happy Medium Theatre, has been such an undertaking  by the entire company and that could only have been possible with the outright trust and loyalty of my cast mates. We laughed and cried and laughed some more. It was a very special show.

Do you have any hidden talents?
I’m very good at Fantasy Baseball. Closet Nerd!

What is the scariest story for you?
Any show involving the loss of a child. I do not have children of my own, but when I see shows that take on that difficult, difficult topic – it tears me apart.

Do you have a dream co-star? In what roles?
I have yet to play a serious romantic lead with my girlfriend, Kiki Samko! Not quite in that same category as romantic lead, but there is a play, Dying City, by Christopher Shinn, that I would love to perform with her.

What’s next for you?
Black Comedy, by Peter Shaffer with Happy Medium Theatre

Do you have anything you want to tell our readers?
Keep seeing theatre! It’s nothing without an audience!