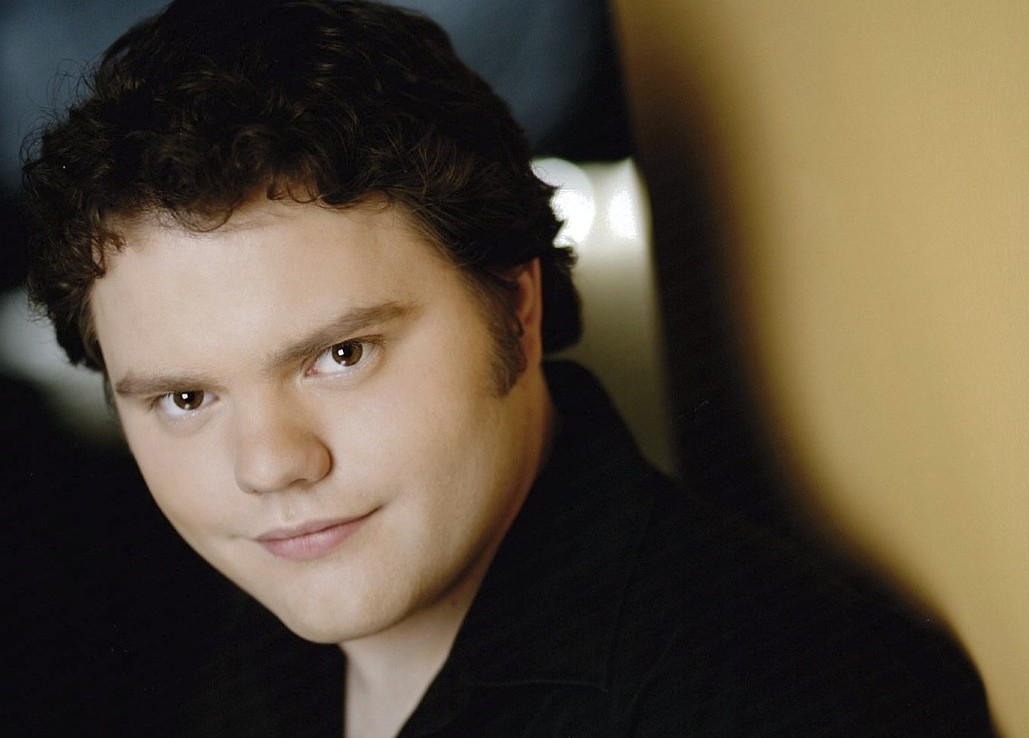 Our favourite Fringe show of the year was Shakespeare BASH’d’s smart take on the troublesome Taming of the Shrew, staged in a pub and starring James Wallis’ winning Petruchio.

The passionate founder of Shakespeare BASH’d and current My Theatre Award nominee for Best Fringe Performance, James took the time out from being in every national TV commercial ever (seriously, I feel like I see him at least three times a day) to join our interview series. Read on to see what he had to say about playing the Shakespearean hero most (unfairly?) despised by feminists the world over.

Can you remember your first experience with theatre?
My first experience with theatre was in high school. I got involved in the school musical cause I liked this girl. I can’t remember her name actually, but I started doing the rehearsals and I thought, “yeah I could do this.” It was a very simple thing for me. I liked it, I was successful, and I felt challenged by it.

What actors and actresses have always inspired you? Are they the same today?
That’s a hard one.  I’ve been inspired by many actors, ones that I have met personally and some that I’ve only watched on stage and screen. I was very influenced by Graham Abbey in high school. We used to go to Stratford a lot and he was playing every lead. That was something to aspire to for sure. He had such power as Romeo; I’ll never forget that.

Since theatre school I have worked with amazing actors in many Shakespeare productions, who have made me a better actor. Too many to say.

Also, every actor who I work with in Shakespeare BASH’d is a person who completely inspires me to be better. I’m a lucky guy, there are a ton of them.

Where did you study/develop as an actor?
After high school, I went to Ryerson Theatre School, which was a great experience. Now I feel that every show, film, commercial, etc. is another step in my development. Almost as if I’m doing my “Masters” in acting by working as a professional over the last seven years.

Also, the first professional Shakespeare shows I did with Resurgence Theatre in Newmarket and Theatre by the Bay in Barrie really helped me gain confidence in myself. They gave me such essential opportunities and I can’t thank them enough.

Do you have any dream roles you think are perfectly suited to you or something completely against type you’d love to try as a big challenge one day?
Two parts always stand out for me: Falstaff, for one, is a part that I’ve always aspired to. I mean he’s the witty, drunken knight who takes Hal under his wing. It’s certainly something that I think I could do very well.

Also, I’ve always wanted to tackle Richard III. I mean, there’s such bottomlessness to his evil and his text is so dynamic and fun to play with.

On top of that, I of course want to tackle all the plays from the directing chair as well. If I could do each play (in some form) by the time I’m done, wow that would be cool.

Which directors and actors have had a major influence on you throughout your career?
Lee Wilson was a huge influence on me. He really gave me so many opportunities in the beginning of my career and also, because he was from Newmarket (my hometown) and had started the Resurgence Theatre Company, he basically had the job that I wanted. He gave me a part in his production of Romeo and Juliet when I was 17. That was a great summer. He directed me twice after that, both times were so rewarding.

Also, I can’t say enough about my wife Julia and her complete support of my career. She is very fearless in what she does as an artist and I like to try to emulate that. Shakespeare BASH’d came together in part because of Julia’s encouragement. She told me “you keep talking about this, do it! Stop talking about it!”

I’m paraphrasing of course but that’s the gist of it.

What’s your favourite role you’ve ever played or production you’ve ever been in?
I have been so fortunate with roles over my career, from Ryerson till today. I would say playing Bottom in A Midsummer Night’s Dream with Theatre by the Bay was one of my favourites. I love that part and it truly speaks to me from its textual core. I mean Botton is an ego-driven actor with questionable talent who is seduced by the queen of the Fairies. Just awesome!

Tell me about Shakespeare BASH’d. How did it come about?
Shakespeare BASH’d was a sort of dream that was in puzzle pieces from the moment I left theatre school. I wanted to create a company dedicated to Shakespeare and working on Shakespeare from a bare bones perspective. What I mean is that I wanted to take the text for what is was, dramatic poetry. Then I wanted to bring in great actors and start to flesh out that text with an emphasis on character and story. With all that, I wanted it to be a collaborative venture that I did with people who I trusted and admired, who I thought weren’t being used to their fullest potential.

It started about three years ago when I did a one-night staged reading of Romeo and Juliet. It was such a success. One of my favourite parts was when my future mother-in-law (at that time) came up to me and said that she didn’t miss any of the big sets or beautiful, expansive costumes. She loved how the story was told and saw it again from a new perspective. Which, when doing Shakespeare, is absolutely essential.

From there Shakespeare BASH’d has grown and grown, which is so exciting.

You’re clearly a real Shakespeare scholar/enthusiast/whathaveyou (greetings, comrade); what’s your favourite play in the canon and why?
That question is too hard. I can’t really give you a straight answer because though I’ve read them all, many times, I still feel that I’m discovering them anew.

I can say that I read Romeo and Juliet every year. I’m terrified of King Lear and still don’t know how people stage it. The Henry VI plays and Richard III would make great action movies. Macbeth should be terrifying, even though it never is most of the time. Finally, I love As You Like It, it’s so beautiful and filled with such great love.

Did you choose Taming of the Shrew with the specific intention of playing Petruchio?
The beauty of starting a company is that you can play the lead role! No, I wanted to play the part for a long time. I’ve seen the play many times and worked on it once with a great Petruchio who’s name is Andy Pogson. I played Hortensio in that production. Watching Andy was a treat. He really brought so much passion, humour and love to Petruchio. It inspired me.

I just had to wait till I met my Katherina.

You Kate was your then-future now-current wife. Was it troubling or fun to play the knock-down drag-out fights with her at each performance?
A little bit of both I guess. Julia and I discussed with the director, Eric Double, in great detail about Petruchio and Kate. All three of us didn’t want this to be just a slapstick, Punch & Judy type thing, though an element of farce was important. We wanted there to be a palpable love and affection between them.

So we needed to have that sort of animosity that comes with physical attraction and intellectual equality. It was important that in the end, the audience thought they would go off into the world together and want it to be that way.

Julia is such an amazing actress and it was easy to work with her because of her exceptional ability with Shakespeare but also because she’s willing to try things and explore.

This likely goes hand in hand with my previous question but the thing that stood out to me the most about your Petruchio was that he was softer, sweeter, a lot less condescending, and had genuine affection for Kate. Was that a conscious character choice or something that came out of your dynamic with Julia?
Again, a little bit of both. I think Petruchio’s language is verbose and confident. He’s a bit of an ego-maniac. He’s a bit of a prick in the beginning. I needed to tap into that part of myself and go with it. I think a lot of what we do in Shakespeare is discover ourselves more and more. It’s interesting that I did this play just before I got married, because I think it helped me understand what kind of husband I wanted to be. I wanted to be myself (over the top, funny, etc.) and I wanted to be one with this person who I had decided to spend the rest of my life with. So I think the soft sweet side of Petruchio is sort of where I live when it comes to Julia. It’s unconscious but I strive to continue it.

Do you have a favourite moment in the production?
We had such a talented, amazing, and funny supporting cast so anything they did was like candy to me.

I would say Act 4 was tough for me. I wanted to be big and over the top but also not let that dictate my text. I didn’t get it all the time but towards the end was very encouraging.

Also, Kate’s last speech, that Julia did beautifully, which she and Eric, the director, worked out between them. She was so open and honest. So vulnerable and happy to be that way.

Any news on what Shakespeare BASH’d is doing next?
Shakespeare BASH’d is back in the Fringe! We’re going back to the Victory Café with Shakespeare’s great homecoming comedy Much Ado About Nothing [featuring My Theatre Award nominee Amelia Sargisson as Beatrice]. Eric is back directing, which I’m so happy about. The Fringe is such an awesome experience. To me it’s the best theatre festival all year. It brings together so many different artists in such a great communal experience. We all work hard, we play hard and we do some brilliant theatre.

Also, I really want to direct something outside of the Fringe towards the end of the year. I’m keeping a lid on that because nothing is set in stone yet.

What are you doing now/ what’s your next project?
I’m filming a horror movie. It’s a lot of fun.

Do you have anything you’d like to add?
Thank you so much for the great questions and your website is so awesome. Thanks!