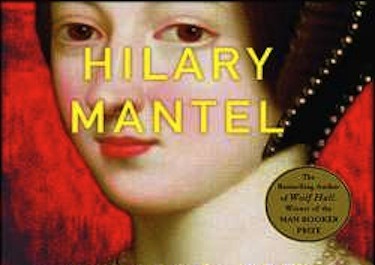 Must Read: The Thomas Cromwell Series

Hilary Mantel’s Thomas Cromwell series is fantastic. The series is planned to consist of three books, two of which are already out (Wolf Hall and Bring Up The Bodies). The series (at least, so far) tracks Thomas Cromwell, advisor first to Cardinal Wolsey and then to King Henry VIII, through the tumultuous political and religious regime change of the time.

You guys. I don’t even like Henry VIII that much. Or, the Tudors, generally. Liz I is great, obviously, but usually I’m in British history for the Plantagenets. Let’s be honest.

But Mantel’s series is phenomenal. She finds a way to take history that we know—that’s been covered by The Tudors, by other historical fiction writers (Ms. Philippa Gregory, I’m looking at you), and countless euro-centric history classes—and make it visceral, exciting, and stunning. The situations are tense, political, and dangerous, and the characters are vicious, whip-smart, and adept in their dealings in symbols, coded language, and meaningful silences. The series reads like some of my favorite modern plays—cutting forward motion, a few beautiful eddies of contemplation, and a palpable, but concealed heart trembling beneath it all. Mantel’s writing is gorgeous, artful, and (thank goodness) character-driven. The books (again, so far) have been broken into different epochs in Henry’s reign. Wolf Hall covers Cromwell’s transition from his role as Wolsey’s man to Henry’s man, and the rise of Anne Boleyn. Bring Up The Bodies focuses on the fall of Anne and the rise of Jane Seymour.

The books are rich and full, like all of British history—full of Thomas’s, Harry’s, Richard’s and different families and factions—and Mantel finds a way to preserve that complexity but also use Cromwell’s laser-like insight to distinguish all the separate threads and their potential threats.

And this is where Mantel’s genius character writing comes in. The books mainly come from a general Thomas Cromwell point of view, and Cromwell is an absolute joy to read. Cromwell is one of those characters that I flutter on the edge of over-associating with (this is a chronic condition I deal with), but that I love for his completeness. He is an anchor, a soldier, a tactician, an accountant, and a lawyer. He rolls up his sleeves and works. Cromwell has strong feelings about duty, loyalty, and need. But he is not a hero. He suffers, holds grudges, keeps wealth, and seeks revenge. Gosh I love him. We see Cromwell most, but Mantel crafts nearly all the characters with equal compassion and complexity.

Truth time: my favorites (other than Cromwell) are Cromwell’s protégés—Rafe, Anne Cromwell, Alice Wellyfed, and Christophe (all flare-ups of that condition we were talking about)—but I’d be a terrible reviewer if I didn’t talk about the excellence of Mantel’s Anne Boleyn. Mantel’s Anne Boleyn is vicious, intellectual, emotional, and powerful. She’s a real, conflicted, powerful person in an extremely dangerous situation, but Mantel’s Anne is no paper tiger.

But it’s not all political intrigue. It’s not all back-stabbing and nastiness and quiet terror in the castle. The characters have family lives and smaller hopes and aspirations, and some of Cromwell’s musings on those things are utterly beautiful.

Just do me a favor and read the books. Honestly.