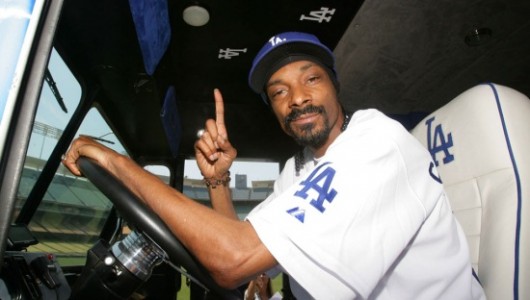 In Los Angeles, we have a special way of solving just about any problem: throw money at it. Be it luxury homes, street whips, blockbuster movies, or sports franchises, the solution to Angelino woes is often a swift financial influx trying to buy the problem away. As often as it works, we are also given frequent reminders of our aspirational arrogance, the bloated budget of would be box office kings eclipsing ticket sales and the fairest of our properties literally falling into the sea.

Stung by their recent string of playoff disappointments, the Lakers and Dodgers both loaded up their rosters in the offseason, offering enormous contracts and landing the biggest fish in the free market. The goal for both teams was clear: win a championship, this season. On paper, it looked like they could. There are more established teams in both leagues, the Heat the obvious titan of the NBA and the Giants threatening the Dodgers’ rise in the NL West, but Los Angeles seemed ready to provide stiff competition.

Then the regular season started and the projections didn’t mean a thing. The Lakers saw every starter and most of the bench acquire significant injury, some season-ending, others mere momentum breaks. The coach was fired, the playoffs were uncertain until the last game, skeptics wrote open letters questioning whether the Kobe dynasty was done, and to make sure we all knew the season was cursed, the beloved and unimpeachable owner, Dr. Jerry Buss, passed and left the franchise in the hands of his all too easily impeached son, Jim.

Unfortunately for the Dodgers, things seem to be shaping out much the same over in Chavez Ravine: the big bad bat acquired through trade at the end of last season, Hanley Ramirez, started off on the DL with a broken thumb; ace pitcher and max contract owner Zack Greinke went down in his second start of the year on April 11th; last weekend, Chad Billingsley further depleted the bullpen with elbow pain that ended up turning into Tommy John surgery and at least a year on the DL. It seems terrible, like everything that could is going foul, but the scary part is, this is only the beginning.

The Lakers used their clout and desirable location to land a few free agents and swing two big trades, amassing contracts in a devil may care about salary tax attitude, but there were no radical departures from reigning protocol or lofty assertions that hadn’t been on the table for years. The Dodgers, on the other hand, are riding the crest of new owners willing to spend the sky for the right results, to the tune of the highest non-Yankee payroll in MLB history. They’re talking sky too, vocally questioning the Giants’ control of the National League and their contender status before a pitch crossed the plate.

Before we continue, let me make this abundantly clear: the reality I’m detailing, I don’t want it to exist. I want to be wrong, more than anything. OK, enough disclaimer.

Like the Lakers, the Dodgers are cursed this season, but the magnitude of their plague will be considerably greater, keeping proportion to the level of folly and arrogance. While the Lakers built a pretty ostentatious temple to a false god, the Dodgers went out and raised a full on recreation of the Tower of Babel; Kobe, Pau, and Metta have won, recently, but the Dodgers are as unproven as they come. Add in the extent of the quick expansion and it’s clear the Dodgers have lined themselves up for a hex exponentially greater than what the Lakers experienced, and their season was bleak to say the least.

I’m worried, I’m shook down to the core. For the Lakers’ playoff chances, the Dodgers’ everything, for every star in the city of Angels setting Franklins on fire to cast off evil. I am downright frightened, and normally I don’t spook too easy.

It’s times like these I wish witch doctors were real. I need someone to tell me what to do.