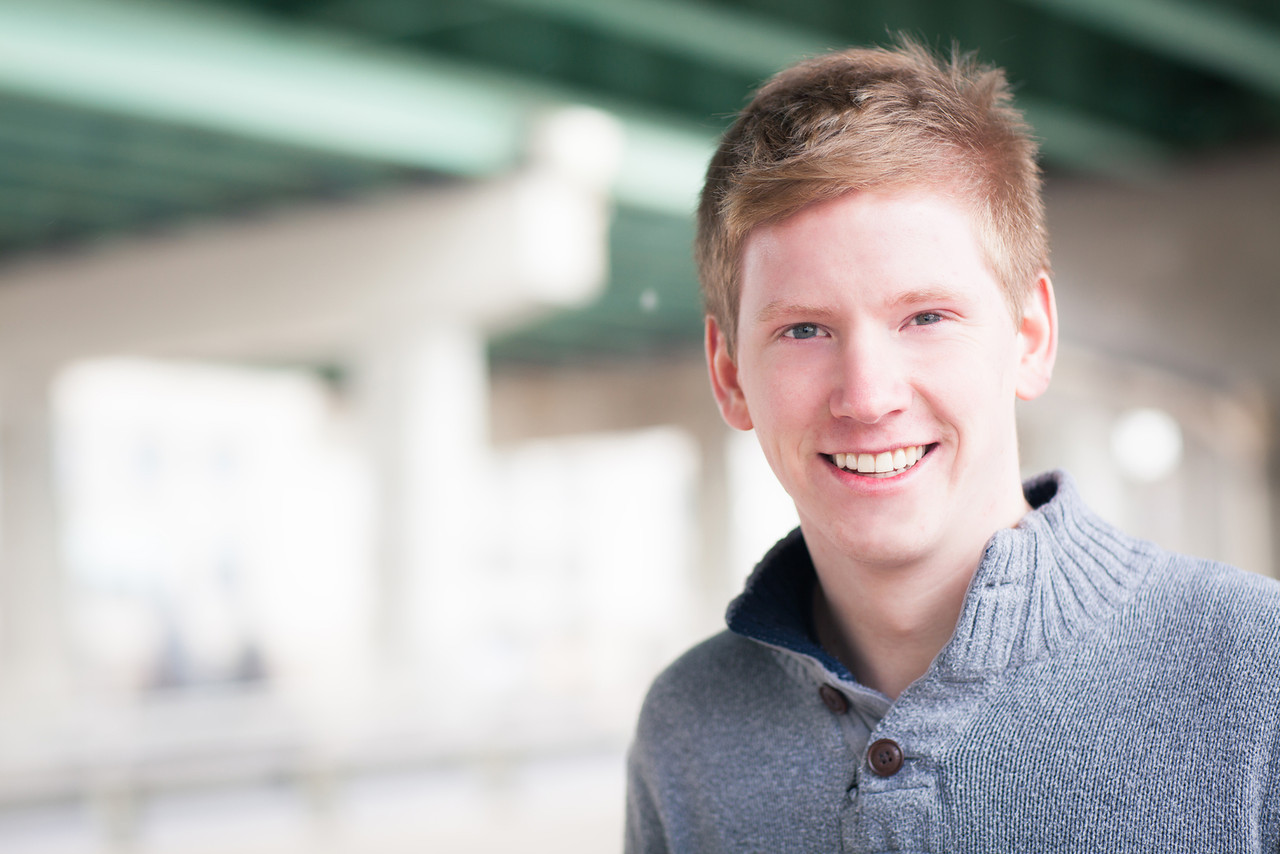 Graham Fleming is one of the only people with two different nominations in this year’s My Theatre Awards. I first saw him as the standout of Encore Entertainment’s Laramie Project and he’s nominated alongside the rest of that cast for Best Ensemble. But it was his strong-voiced and sweet-natured turn as The LOT’s Roger that earned him his solo nod for Best Actor in a Regional Production.

The Rent star took the time to join our interview series and answer our questions about both productions.

Can you remember your first experience with theatre?
My first experience with theatre was when I was selected to be apart of the PEP Squad for Drayton Entertainment’s production of High School Musical: On Stage. It was such an eye opener to what the arts can really do. The rush that I got when performing on that stage with the professional actors and the live audience was unexplainable! I met a lot of great friends and connections during that run and from there I decided to continue with this new passion and love I found in the arts!

Where did you study/develop as an actor and singer?
I actually have a Glee story. I always used to joke sing with my friends and family at home and then one day, while walking through the hallway, the music teacher of my school pulled me aside cause he heard me singing and asked me to sing [with the] blues band. Me, being spontaneous and impulsive, said sure why not. THEN I fell in love with singing, and as mentioned before the rush that I get when performing. I never studied acting or singing after high school, I attended the University of Windsor for Drama and Education. I did take vocal lessons from a few teachers though and mostly have learned acting skills/ styles and expanded my range through the different shows I have been doing.

Do you have any dream roles you think are perfectly suited to you or something completely against type you’d love to try as a challenge one day?
To be honest, Roger in RENT is so far my favorite role. I love how damaged he is and the journey that he goes through (not to mention he has a wicked vocal selection in the show). It was a challenge for me as in real life I am very outgoing and a genuinely happy person, so it was a nice change to perform as Roger.

Which directors and actors have had a major influence on you throughout your career? Do you have any favorite people to work with?
My very first lead in a professional show was as John in Peter Pan and Tinkerbelle’s Summer Adventure. Larissa Maire was the extraordinary woman who had faith in me and gave me a chance. She really did give me such great direction and insight to the industry. I could never thank her enough for the opportunities she has given me. Not many people can say that within the first year of performing there shared a stage with Colm Wilkinson, The Jersey Boys to name a few! This was all due to Larissa! LOVE YOU!

What’s your favourite role you’ve ever played or production you’ve ever been in?
Favorite role would be Roger. Second favorite and the one I will elaborate on is my performance in Legally Blonde The Musical at The Lower Ossington Theatre. I was cast as ensemble in this production with a feature as Grand Master Chad. As you can see I am THE whitest kid, and so when I found out I was cast as the hip-hop guy I had a good laugh but also was very excited for the challenge. I don’t have dance training, but can pick up choreography well, so this whole show was a challenge for me as for the most part it is very High ENERGY movement and dance! I had such a great time though learning dance numbers even a dance number with a skipping rope!

Tell me about the process of rehearsing Rent. What were some of the biggest challenges you faced?
The process of rehearsing Rent was a lot of fun! We were given great direction from the team but also had a lot of room to play. They gave us the opportunity to really find the true emotion of each character and the connections between the characters. The cast was stellar, most with musical theatre backgrounds so it was a lot of fun learning not only about the show and people but skills and just how talented others are. As mentioned before Roger is a damaged character who finds out some pretty devastating news as well as just losing his girlfriend, and so for me this was something I really had to think about; one of those “Put your self in their shoes” kind of deal. This show as such a powerful message and even within the script and songs some people may not actually realize what some of the words or phrases mean. Seanna Kennedy the director of the show and I researched what some of the words and phrases meant and it was pretty eye opening. I would say I have never put as much work into a show as this one.

Roger famously is a vocal cord shredding part. How did you keep from straining your voice through rehearsals and the run?
This is a question I have been asked lots, and to be honest there were some days where my voice was feeling tight. I think it became apparent to the rest of the cast what times in the show I would run back and chug some lemon water with honey. This was by far the hardest singing I have done and I loved every minute of it. Robert Wilkinson was a huge help in making sure that my voice stayed top notch for 7 shows a week. It was a lot of tea, every morning before shows, after shows. Water with lemon in it, and honey honey honey!

Do you have a favourite moment in the production?
Hmm. My favorite part of the production would probably be the opening number or “Another Day”. This whole ensemble for this production was filled with such talented performers. Every show opening with Rent, and feeling the energy of this cast was such a rush. “Another Day” stands as one of my favorite songs as it runs through so many emotions: angry, confused, and upset to name some. My co-lead Jaclyn Herder as Mimi was such an outstanding performer; we built chemistry from before rehearsals even started so we had a lot of fun playing together!

You’re also nominated as part of the Ensemble of The Laramie Project. What was it like bringing that story to life?
The Laramie Project was the most amazing eye opening experience I have ever been apart of. First of all the story is real, every single word that is spoken was done in an interview that actors from New York generated when they traveled to Wyoming to meet with the town. Our director Mario bought the cast all journals and we were required to do some research on the town’s past, our characters we are playing and just any information about the show/ story that we could find. I was the youngest in the cast and was also the same age as Matthew when he passed away so it was very surreal to me. Through all the research and information I was able to get in contact with some of the characters in the show. I messaged almost every day with the police officer that found Matthew. It was just so real and is still current today. I believe it is a show that everyone should see or read at least once.

Did you have a favourite among the many parts you played in that production?
My favourite role would have to be the Catholic Priest; he just has the most interesting story. His courage, faith and love towards individuals is contagious.

Do you have anything you’d like to add?
Thank you so much for this nomination! It is very excited and I am overwhelmed with the response that I have had for the show! If I could re live it I would in a heart beat! I’d also like to thank friends and family for always being there and having my back on every decision that I make! I wouldn’t be here if it weren’t for them! Much love!