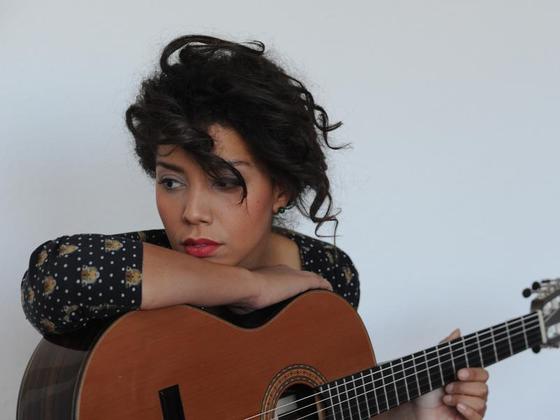 “I hope you all stick around after,” she says with a gleam in her eye, “it’s been a long week. And we’re going to party.” Chloe Charles is addressing a packed house on the upper floor of the El Mocambo on the Saturday of Canadian Music Week. She is halfway through a jubilant set, one that more than justifies her numerous recent accolades—and she’s right. A long week indeed. Many of the assembled aren’t drinking, a fact that speaks volumes about the kind of week it’s been here in Toronto (given that it’s 10:30pm on a Saturday).

Charles is a charismatic, confident bandleader. She is not, however, an alienating performer. Introducing ‘Business’, lead single off recent LP Break the Balance, she explains the song’s genesis as a hymn for a friend battling an identity crisis. “Who’s had an identity crisis?” she asks, giggling warmly at the haphazard response. “Well, I know the rest of you are lying.”

She might let us off the hook because her own musical identity is so multifaceted and varied. Somewhere between Bjork, Nina Simone and Joni Mitchell, Charles’s songwriting is lyric and mature. ‘Business’ is one of the most effortlessly catchy tunes to come around in a while (stop humming the intro, I dare you); tonight, her band includes a violin and a cello, which bolster this sultry pop with a gentle pizzicato. She builds steam through the show, cutting loose on the gorgeous repeated chorus of ‘Refrain From Fire’.  This tune grows in force like a thundercloud, with Charles in the eye of the storm, conjuring, cathartic.

But it is her stunning, heart-rending cover of Carol King’s ‘So Far Away’, performed tonight in dedication to her late father, which brings down the house. The crowd is applauding, jaws on the floor, as she builds the song to a climax; her tremendous range and control is that elusive stuff that sends lesser singers back to the drawing board.

The closing tune, ‘Fans,’ derives much of its force from the band with which it was composed, Toronto’s Ninja Funk Orchestra, only one of whose members is onstage tonight (percussionist Mackenzie Longpre). And it suffers from the absence of texture that might be filled with a horn of two. But this is a small, small complaint; Charles’s impassioned performance was a totemic high point to end the week on.