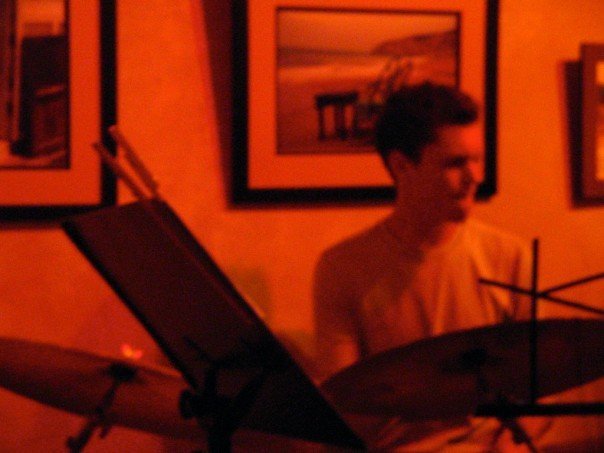 Video of the Day: Drums

It’s been forever since we shared a Video of the Day so I thought I’d throw one your way; a My Music one, no less.

You might not have heard of Mackenzie Longpre yet, but I assure you he’s among the best of all the people, specifically in the “hitting things with sticks” department. One of the most talented young drummers in the country and a rising star on the Toronto jazz scene, the U of T-trained musician and composer can be seen all around town performing with the likes of Chloe Charles, The Elastocitizens, Ninja Funk Orchestra and dozens more.

Below is his drum track for Ninja Funk’s “Fans”- a frantic groove that drives hard for a whole 6 minutes and never lets up, only crescendoes- performed with flawless technique and Longpre’s trademark mix of nonchalant intensity (which sounds like it doesn’t make sense, but it does). Stay tuned for about the 5 minute mark when his arms start to blur because they’re moving too fast for the video.

For more Mackenzie Longpre check out his record release on September 28th at The Music Gallery.