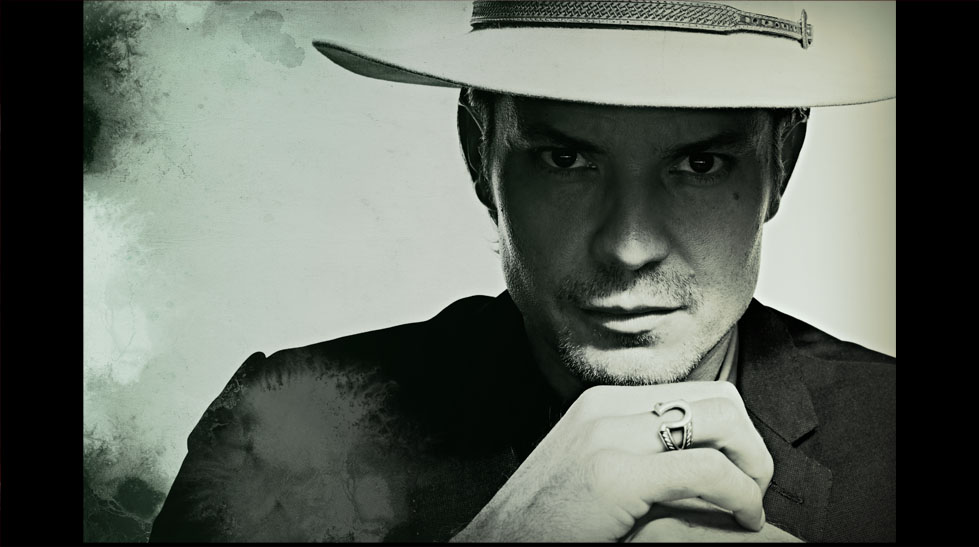 Why aren’t more people watching Justified? The show, now returning for its fourth season, which basically revolves around the fact that Timothy Olyphant totally pulls off a cowboy hat. Olyphant stars as Raylan Givens, a cowboy hat-wearing US Marshall, who solves crimes and is better than every one. Always. More people should be watching Justified because Raylan is Don Draper minus the introspection.

The plot of the show is secondary to its amazing cast of reoccurring characters; specifically three seasons worth of chilling and worthwhile antagonists. The characters on Justified seem to actually matter to the writers – they are never merely plot devices, but fully formed people, populating the richly realized Harlan County, Kentucky setting. This is not to say that the plot is lacking, as the first episode of this new season ably demonstrates.

The season premiere, “Hole in the Wall,” is a prime example of why Justified deserves more popularity, as it simultaneously weaves together a series of seemingly unrelated plots, setting up the stakes of this season, while introducing a variety of new characters. Within the first ten minutes of the show, the show sets in motion what appear to be simple plots to be resolved by episodes end, but instead develop into larger, enticing indications of the season to come.

But first, the show starts with a crime-drama-like cold open: in 1983 a man lands with a failed parachute and a pile of cocaine in a suburban street. This season is making a change from the previous set up Raylan vs Criminal Enterprise, and instead focusing on Raylan vs Mystery.

After that ambiguous and surprising beginning, the show brings us some welcome faces: those first ten minutes feature Raylan doing something new, bounty hunting for cash, and fledgling crime boss Boyd Crowder (Walton Goggins) doing something old, threatening to blow things up in the search for money. Ultimately, both are hiding away money for a larger purpose plot-wise: Raylan is saving up for his future child; Boyd is hiding money from Ava for unexplained reasons.

Along the way, “Hole in the Wall” introduces a variety of new characters. Most notably, Constable Bob, excellently portrayed by cult stand-up comedian Patton Oswalt. Constable Bob is the sort of blackly funny unaware sad-sack Oswalt is made to play, and the character fits in well on Justified with much of the comedy stemming  from the fact that, like every one else, he just wants to be Raylan Givens.

The episode also introduces an old friend of Boyd Crowder’s, Colt (Ron Eldard) who has one of the episodes many darkly comic scenes; a slight misinterpretation of Boyd’s instructions to “take care” of someone.

And finally: the introduction of a snake totin’ evangelical preacher, holding an old- school revival church in the woods. This development runs parallel to that of the parachute-landing corpse which lands in the beginning of the episode and through the episodes run enough blood is spilt to establish its long-term importance. The church and its preacher, however, are saved for the end of the episode, as its independent importance is slowly established through the hour. The church is equally enigmatic: what place does it hold in Justified’s dark, dark universe? Fans of the show will remember the result of the last woods-y church, and so the mystery of how the intensely moral Last Chance Salvation Church will fit into the amoral Harlan County is just as compelling as that of a parachute born corpse.

In amongst the new recruits, familiar faces have a few memorable scenes, most notably, and really the only superfluous plotline: Ellen May, the world’s most unfortunate prostitute, shoots a furry. Meanwhile, Arlo Givens stabs someone in the neck to prove that even in jail, this seasons central mystery is worth spilling blood.

“Hole in the Wall” is Justified doing what it does best – throwing around a bunch of great characters in amongst a plot that seems simple, but ultimately unfolds into something much greater. Like its central character, Justified makes everything look easy.