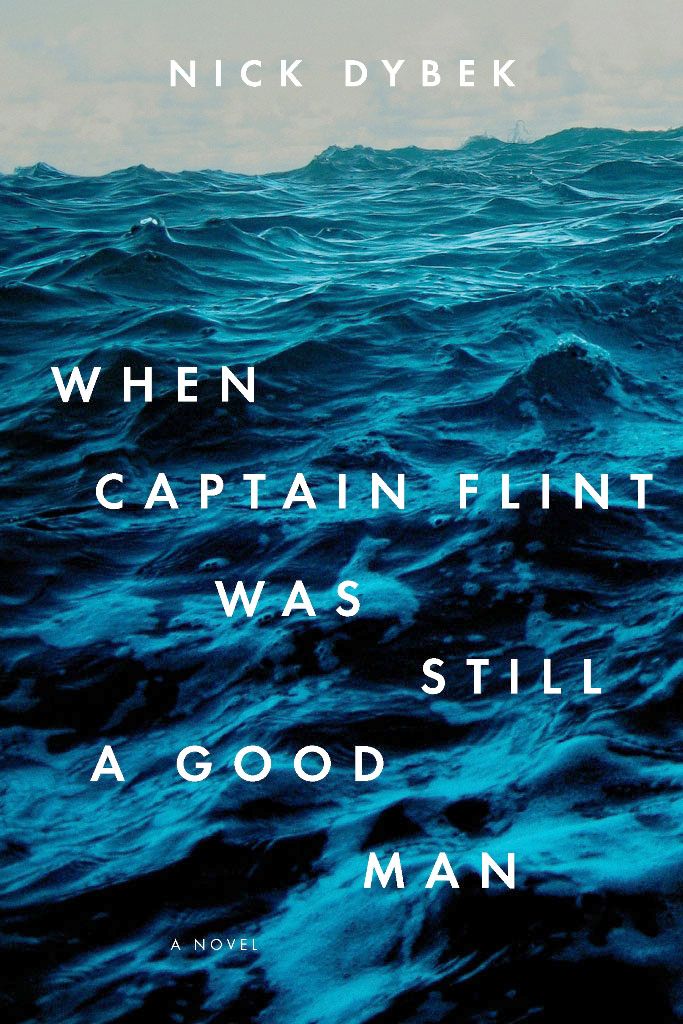 When Captain Flint Was Still A Good Man

Nick Dybek’s new novel, When Captain Flint Was Still a Good Man, is an introspective coming of age story that focuses heavily on a young man’s loss of innocence.

…It’s also basically Shakespeare’s Richard II as populated by the men of The Deadliest Catch.

The basic story is this:

Cal (rhymes with Hal), the son of Henry Bolling (there’s also a Don Brooke), a north Pacific crab fisherman, narrates as the town of Loyalty Island’s* fishing industry is threatened when John Gaunt—the owner of the town’s fleet—falls ill and dies, and his disinterested son, Richard, inherits. Cal’s story really begins when he finds himself caught between his father and Richard as they struggle over the inheritance.

If you’re into Richard II, Dybek has fascinating insights and interpretations of Richard and Cal/Hal.

If you’re not into Richard II, this book might be less interesting for you. It’s not bad, by any means, but without an understanding of/interest in Richard II, it’s a slower modern domestic drama.

Just in case you don’t know me that well, let me be clear—I love me some introspective musings. I honestly do. Slow, thoughtful books where the majority of the action happens in someone’s headspace are my jam. The emotional journey is the one I care about most. Always. Because I am a sap. And Dybek gives Cal plenty of interesting things to muse about—mainly his opposing relationships with Richard and his father. The meat of the story is Cal trying to work out right and wrong (and whether that matters), who he trusts, who he is bound to, and how to cope with the loss of his innocence. I like Cal. His brain is an interesting place with lots of ambiguity, uncertainty, that odd logic of emotion, and well-kept secrets. He is a broody young man, but his brooding is justified, he’s rather stoic about the whole thing, and I just straight up enjoyed reading him.

And while Dybek does a very nice job portraying torn young Cal grappling with the normal coming of age issues, in the end, the book just left me feeling empty.

Maybe that’s partly due to the fact that Dybek’s Cal experiences maturation as a series of losses. By the end of the novel, there is almost nothing left, except for a feeling of quiet, profound loss. So that might have some contribution to my hollowed out feeling, but I didn’t really emotionally connect with this book much—I found it intellectually interesting, but it never really got any closer to me—so I think that my sense of emptiness at the end of the book was mostly just dissatisfaction.

Basically, When Captain Flint Was Still A Good Man is a well-executed novel with interesting ideas that just didn’t fill me up the way I would have wanted it to.

But despite my personal lack of emotional connection with the book, I firmly believe that this is a book that could burrow its way in and become a sort of anthem, or personal revelation for Someone—it just wasn’t for me. It’s a quick, intellectually engaging read, so if you suspect that it might be marked for you, find it and read it.

If you’re right, you’ll have a lighthouse, and if you’re wrong, you won’t have wasted much.