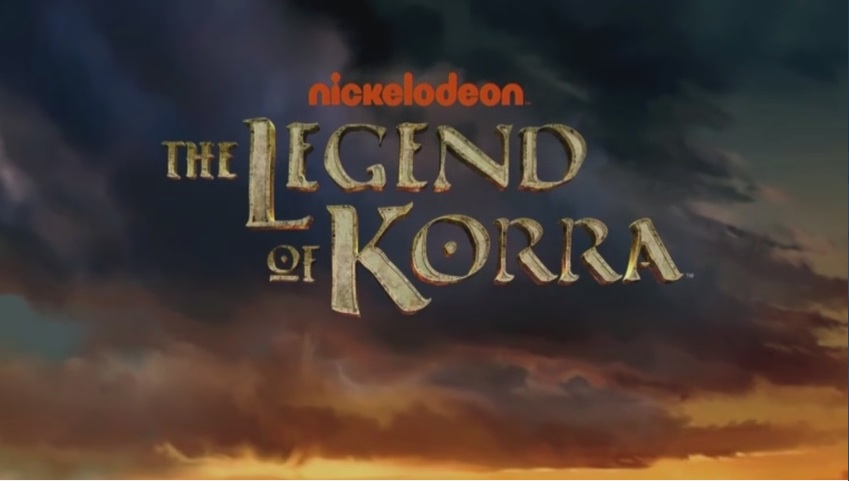 First Things First: If you’ve been watching the show and thinking… “meh,” last episode was aptly titled because THE TIDE WAS TURNING, YO! The episode was nuttier, funnier, dramatic-er, stupidly schmoopier, and epic-er than those that came before it. If nothing else, it was NOT meh. It was anti-meh. It was insane hysterical laughter followed by crazy random shouting/shrieking with no distinguishable words (I actually did this). T’WAS CRAZE-AMAZE-BALLS!!!

This last one is because DANTE BASCO CAME BACK AND I AM FILLED WITH LOVE AND REMEMBER ZUKO?! AND RUFIO?!!! I am utterly unashamed about my love for both characters, and now Dante, the voice of Zuko, is back… as Iroh (presumably son of Zuko and Mai, named in touching homage for Uncle Iroh)!

Guess who’s now in love with General Iroh?
Yeah, ME!
…aaaand every other female Avatar fan ever.
Also, my brother and I watched that episode together and we said, “GET WRECKED!” a lot. There are Epic and Hysterical fight sequences.

Anyway, last episode, THAT was the turn-around that I’ve been waiting all season for.  And now it’s finale time (*BEWARE, SPOILERS BELOW! IF YOU DO NOT WANT TO BE SPOILED THEN WATCH THE EPISODE FIRST AND THEN COME BACK*), and I promise you, it only got better.

Here’s a little explanation/disclaimer: I’m going to talk about the season finale of The Legend of Korra. I’m probably going to rant a little bit, if we’re feeling really crazy, I might even rave, and mostly I’ll record my reactions to everything that happens in the episode as I watch it. It’ll be like live blogging… but not live.

In the News Reel/Last time, on The Legend of Korra:

The Equalists are on the attack!

Tenzin and the family had to flee

United forces on the way

Korra and Mako are dressed as Equalists

Asami is moody about how Mako loves Korra GET OVER IT

The hobos are lovely hosts

And Bo likes their food

Korra and Mako talking about FEELINGS

AND NOW I CAN’T IMAGINE MY LIFE WITHOUT YOU IN IT!!!

Man, when Amon has a place surrounded, he goes all out

Ooh, Amon with the “cleansing of the impurity” talk as he lines people up and takes their bending away. So very ethnic cleansing/genocide adjacent.

Yo, the therapists of Republic City are going to have their hands full after this one

On A Boat/With the United Forces:

And he’s right, it’s not right because there are MINES!!!

It’s time for a naval battle, yo.

Korra dives into the water (because that’s … really smart? Don’t be an idiot, Korra)

“WHERE DOES HIROSHI FIND THE TIME TO KEEP INVENTING NEW EVIL MACHINES!!!”

You guys, we have WWI style dog fights, and if Korra could get out of the water right now, that would be great

THERE ARE TORPEDOES AND STUFF, GET OUT OF THERE

Also, Iroh, are you all right?

YOU’RE A FIREBENDER!!! Yay. (I mean, I expected no less, but really. Am still pleased)

Is Korra going to go into the Avatar state?

Because, girly, that was some pretty impressive water/bomb bending, but NOW WOULD BE A GOOD TIME!!!

DON’T YOU THREATEN TO KILL GENERAL IROH RIGHT AFTER BRINGING HIM IN!!!

Under the City (Reprise):

It’s cool; Korra saved him, and is healing him.

Team Avatar is going to ground the ships

Mako says he’s going with her. Duh. Because he lOooooves her.

Asami is making a face. Because she also knows that Mako loves Korra. Stealthy, dude.

“KORRA, AMON IS A NASTY DUDE, BE CAREFUL” Bolin’s the best!

Mako says he cares about Asami and they get going – right, well, I expect someone to throw some dishes next season (Asami, I’m looking at you)

I LOVE THAT HOMELESS GUY!

Tarrlok’s being held in the attic

AMON IS FROM THE NORTHERN WATER TRIBE AND A WATER BENDER, AND A BLOOD BENDER!!!

Then the brothers had intense horrible daddy issues when Yakone told them that he wanted them to be blood benders, take over Republic City, and take revenge on the Avatar.

Amon was a prodigy and a psycho?

Man, this show is awesome at making me love potentially evil people

HE MADE YOU BLOOD BEND EACH OTHER?!!!

What is wrong with him, WIFE, WHERE ARE YOU?!!! GET YOUR KIDS AND RUN AWAY!!!

Teen Tarrlok is so sweet/abused.

Teen Amon, is a psycho genius and … I super love him, actually.

Standing up for baby brother/sibling things will kill me every. stinkin’. time.

THIS IS LIKE GAME OF THRONES LEVEL OF FAMILY MESSED-UP-NESS !!!

I just want to gather them up and give them huge hugs and take them to therapy and make it okay.

Back in the Attic:

So Amon’s been using bloodbending to take away people’s bending.

Uh-oh, and TARLOCK DID BLOODBEND HIS BROTHER!!! (unknowingly, but still. Poor babies)

Korra and Mako are going to try to expose him as a bender in front of all of his supporters at the crazy big Amon Rally.

At the Equalist Airfield:

They just walked into the first electric fences (AFTER Asami noticed that it was pretty weird that they put up fence posts, but no actual fences. Sigh. Dudes, she’s not a super genius, but y’all should focus a little harder on the strategy aspect of your Survivor game, ‘kay? Thanks)

Mako and Korra are infiltrating the rally

Korra does the J’accuse! Thing, and Amon says ha ha, what a pathetic lie

Amon’s mask is coming off

And he has a crazy scar on his face—SO DID TARRLOCK LIE?!

Is possible (I mean, it is Tarrlok, guys)

AMON’S GOING TO TAKE THE BENDING OUT OF TENZIN AND HIS FAMILY!!!

They are the last airbenders IN THE WHOLE DAMN WORLD!!!

And look at Jinora and Ikki and Meelo!

They’re too little and funny and cute to do that to!

Back at the Equalist Airfield:

Asami, Bolin, and Iroh are all in a Sato cage.

Sato and Co. intercepted the message to Bumi, and are going to destroy his fleet

Bolin does not know how to metal bend, but Naga can break anything.

Asami’s taking one of the suits

IROH JETTED HIMSELF INTO A PLANE THAT HE CAN’T FLY!!! Aw man, he is my favorite by so much it’s insane

Amon is trying to bait them into fighting

Nobody puts airbending babies on stage to be publicly abused! (Admittedly, that one got away from me… a bit)

Poor babies (this is a phrase I’m stuck on this episode, apparently)

Amon Chasing Korra Through the Arena:

Man, I sometimes forget that I’m the girl who really really really loves her some martial arts movies. I remember now. These fight sequences are so beautiful.

Was Tarrlok lying, or wrong, or is Amon lying/suffering some heavy amnesia? (all of my theories are soap opera theories and they’re awesome)

Folks, for all intents and purposes, it appears that Amon took Korra’s bending away.

I refuse to believe that that worked.

General Iroh is on screen and he’s shooting lightening at everyone and he’s my favorite, and now he’s using his firebending as a jebpack and hijacking other people’s planes and I love him. Hi, pretty.

He just blasted the Amon mask off of the Aang statue!

As my mommy said, “Well, THAT was symbolic.”

Man, I hope Dante had the best time ever with that scene in the booth. Because it filled my heart with joy and song and I feel like I could levitate, I’m so happy.

In the Suit Shed:

Asami and Sato are fighting in the suits

Bolin’s throwing rocks at him and saying, “Mr. Sato, you are a horrible father.”

Oh, Bolin. You are the best.

Asami tazes him, though, so it’s okay.

Oh, Hey. Remember When Amon Took Korra’s Bending? Yeah, Back To That:

His second in command just saw everything and is rebelling. I like him.

Mako just electrocuted the heck out of Amon

But Mako’s getting his butt kicked again now—he’s about to get his bending taken away.

SHE STOPPED HIM BY AIRBENDING (BECUASE OF THE LOVE CONQUERS ALL MANNER OF LOGISTICAL PROBLEMS CLAUSE IN TV SHOWS)!!!

And now he’s revealing himself as a waterbender, and his scar makeup washed off.

Amon escapes into the water

In the Attic Again:

And I am full of heartbreak for their family issues.

Back on Free Air Temple Island:

Sounds like it’s real—Korra’s bending (except airbending, I guess) is gone.

Tenzin’s back to being a grumbly old man.

Noatak and Tarrlok, bothers in a boat,

WHICH TARRLOCK MAY OR MAY NOT HAVE JUST BLOWN UP?!!!

In the South Pole:

Katara says that Korra’s bending is gone except for airbending.

WHAT ABOUT THE AVATAR STATE!!!

Dramatic “No, it’s not going to be okay” things from Korra.

And guess who goes after her: Yup, Mako.

And Korra thinks she’s not the Avatar anymore

Mako confesses his love to her!

She runs away on her polar bear dog

Girl, I know that move.

Alone on an Iceburg:

Korra is crying a magical tear into the water

Tenzin approaches to be comforting

“Not now Tenzin, I just want to be left alone”

Girl, you’re stealing all of my moves.

But It’s not Tenzin, it’s Aang!

And all of her previous incarnations! That’s the sweetest thing ever, to find out that she’s not alone.

She’s okay, and Mako was there to witness it all, and hug and say I love you too, to, and smooch and whatnot.

Back At Katara’s Place:

MY HEART IS SO FULL OF JOY AND SHINYNESS AND I CAN’T BELIEVE IT’S OVER!!

There had better be a second season!

Season Finale Grade: A+
(Where are my gold star stickers?!)
Season Grade: B

Let’s be real yo, there were moments when I was tempted to give it up (but even in those moments, it was a smart, funny, complicated show that sometimes just fell short of being AS awesome and AS smart and AS funny as I really wanted it to be).

But it kept bringing me back and MAN, AM I GLAD THAT IT DID!!!

Here’s hoping that next season is consistently as awesome as this finale.