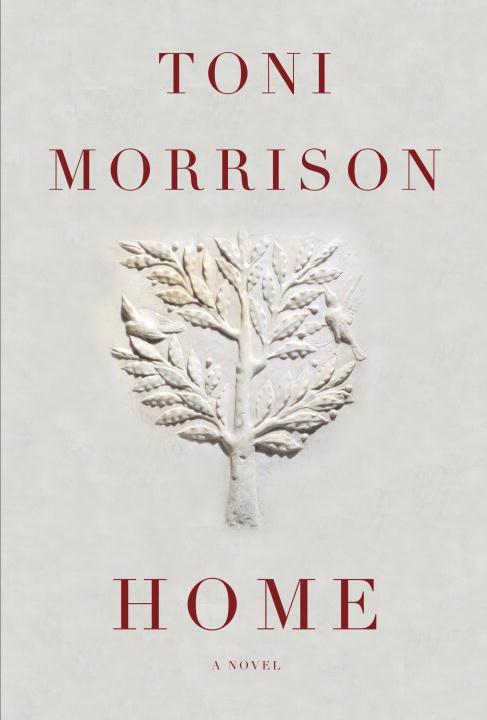 When you are finished with Toni Morrison’s Home, you are going to want to read it again.

Home is worth every second of your attention, and you should give in to your urge to re-read. It’ll stand up, I promise.

The book begins with a memory and then we wake up, nearly amnesiac, to stumble with Frank Money back into his life and his odyssey to save his sister, Ycidra. The different sections/chapters of the book flash between confessions by Frank to the writer, and the writer’s third-person narration of the story of Frank and Ycidra literally coming home (both physically and spiritually). The town they come from is called Lotus for a reason—it rises above the muck and the dung to be more than the product of its origins (there are also lots of Buddhist-flavored rebirth and enlightenment themes that happen).  The ending of the book is a bit neat—“pat” is waaaay too condescending for what I’m trying to say here—the book just loops back on itself in a precise, cleanly geometric way. I really enjoyed Home, both intellectually and emotionally. It’s intimate, arresting, robust, and sturdy enough to almost cling to. And it’s that rare book that’s equal parts heart and technical skill.

Morrison’s a brilliant writer—one of the best literary artists of our times—and Home is irrefutable proof of that. The book is smart, and rich with ideas. It’s short (160 some-odd pages) but in it we see concise, carefully crafted snapshots and snippets of the charged pieces of Frank and Ycidra Money’s lives. Morrison isn’t merely a wonderful intellectual writer (able to construct and orchestrate the story beautifully, as well as manage some marvelously designed confessions and reveals throughout the book) and she isn’t just a poetic word-smith, either—Morrison’s that rare writer who’s brilliant at both.

The last book that made me spontaneously, naturally, willingly think this much about its themes was the last Faulkner I read.

Of Morrison’s other works, I’ve only read The Bluest Eye before (and that was a looooooong time ago). Other readers more versed in Morrison’s work might like this book less than I do (maybe in the context of Morrison’s canon this will feel repetitious, or just maybe not as awesome as the others, or whatever). To which I say: Fine. I haven’t read enough to know, blah blah blah, general covering my butt stuff. But I think this is a superbly written novella—probably the objectively best thing I’ve read in a while—and I really enjoyed it. Also, I’m going to correct my Morrison deficiency ASAP. And if you happen to be suffering any kind of smart-book/literature/Morrison deficiency as well, I suggest you start the correction process at Home.

Also, if you’re considering reading Home, but are on the fence because you’re feeling So Over Black Experience books, the way I was, just read it anyway. If you don’t even give it a try because you had an English teacher who made you read some obligatory and sub-par BLACK EXPERIENCE books, the way I almost did, I will find a way to reach through this computer screen and slap you silly (I really wish I didn’t feel like I had to write that. But I honestly almost didn’t read this book for that same reason myself, so … here we are). Because man, am I glad that I picked Home. Because it’s good. Really brilliantly and poetically constructed and executed. It feels like real memories. Real dreams. A faithful yet sublime rendering of a true life. Yes, the characters are African-American, and naturally, that folds into their experiences. But this book isn’t ABOUT being African-American.

It’s about Frank—a Korean war vet, warrior, and wounded man—and his sister, Ycidra (who’s such a great character in her own right that I refuse to spoil her for you). Home is about being a person (whatever the other applicable labels may be). Home is about personal freedom through self-determination/self-creation. It’s about circles and cycles and it’s about finding/making homes within ourselves.

You should find it, read it, re-read it, and treasure it.