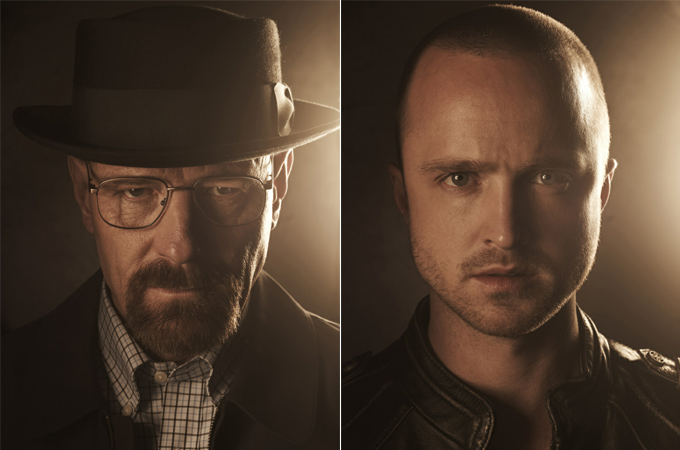 Breaking Bad: Back to Basics

The most satisfying moment in any underdog story occurs when, almost inevitably, our hero must pull himself up by his or her bootstraps, then either succeeds or fails based on his or her merit alone. The newest season of Breaking Bad finds its protagonist, Walter White, doing exactly that. The events which concluded the previous season have left Walter back at square one – with no support, no infrastructure, and very few trustworthy friends. Only his talent, his confidence, and his legend remain.

The fifth and final season of Breaking Bad echoes its first. A full year has passed in the timeline of the show, and Walter must start all over again. The same plot points which originally drew an audience are being revisited, for better or for worse. While some may see this as simply rehashing old ideas, there are several key differences. Walter is more confident and arguably more villainous, while his colleague, Jesse Pinkman (Aaron Paul), seems to have matured into a somewhat responsible adult. The two are perfect foils; Jesse has evolved and Walter has devolved.

The new season also sees excellent performances and increased screen time for characters Mike Ehrmantraut (Jonathan Banks) and Saul Goodman (Bob Odenkirk). A hitman-for-hire and scumbag lawyer, respectively, they become new, essential members of Walter’s drug manufacturing team. Not only are the characters well-acted and well-used, but their presence adds effectively to the drama of an already tense television show.

In Breaking Bad’s final season, the writers have gone back to the basics. Engaging characters are combined with inventive, original ideas to bring the show back to its essence: an underdog story where brains beat brawn. With another five episodes yet to air in 2012, there’s plenty of time to expand on this story before the lengthy mid-season break.