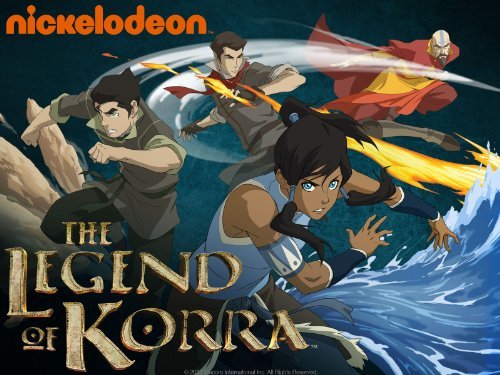 Korra Diary: And the Winner is….

So, you know, this is my Korra diary, it’s essentially me live-blogging my feelings as I watch the show (except, not… live), blah blah blah, there will be lots of capslocks, etc etc etc, keep your hands and feet inside the cart at all times, and let’s all hope that there’s less romantic angsty times this episode (BECAUSE I CANNOT HANDLE ANOTHER EPISODE LIKE THAT. although, frankly, the set up of last episode and just this episode’s title worry me. But the writers are good, and tend to be pretty balanced about this thing, and the romantic ickle crap has never been their favorite SO HOPE SPRINGS RIGHT NOW, if not eternal).

It will be like this pretty much the whole time.

Don’t make me turn this car around, buster.

We’re in the training room. Again.

But it sort of makes sense. Korra’s said that she finds the spiritual stuff challenging and the physical stuff easy, so it makes sense that a lot of her time in the beginning is spent on what she’s a natural at.

That said, writer boys, could we get on top of Korra’s spiritual growth, please? Because she keeps thinking that punching things is going to fix everything. ….And it’s not.

The city is not safe.

Also, Korra, acquire someone with tech skills of some kind. Amon’s got’em. Clearly, they come in useful.

And he’s CALLING ON THE COUNCIL TO SHUT DOWN THE FINALS!!!!

There are threats of violence!

A good creepily whispered “or else” just sort of covers everything, don’tcha think?

to ratify some addendums and perform our civic duties?

Let me know if you see Leslie

OH MY GOD SOMEONE MAKE THAT CROSSOVER RIGHT NOW!!!

Btw, I don’t mention this much, but the soundtrack/music of this show can sometimes be heavy handed, but … it’s pretty. And it’s got a distinct flair.

Cut to: Fire Ferrets bursting into the council room

“As the Avatar and a pro bending player—“

Thing 2) WHENEVER YOU SAY SHIT LIKE THAT, AMON WINS!!!!

Okay, you do have a right to be heard. But that’s it.

“While I’m still committed to bringing that lunatic to justice, I’m not going to put innocent lives in danger just so you and your friends can play. … A game.”

They managed to turn me around on Tarlok!

“It may be a game to you but…. think of what it means to the city”

The music is swelling and this is turning into that Winger speech of all the other speeches that didn’t make any sense but sounded really inspirational.

Bo takes it there.

Korra, tell me that AS THE AVATAR you are now more concerned with protecting innocent lives than just winning the Stanley Cup (I mean, what? Go Devils! Also, what team doesn’t benefit from a little R&R /extra practice between matches? Take it as a gift)

Korra, get your priorities in order.

1)    General safety of the populace

4)    Figuring out sensible solutions to the Amon issue (Get spies. SPY WAR!!!)

5)    Learning more about Republic City and its governance

CHIEF BEIFONG AGREES WITH THE AVATAR!?!?

Also, I’m so with Tenzin on that one.

If you don’t start to do some talking and conceding on actually making sure that non-benders aren’t treated as, or thought of as lesser, you’re gonna be bantha poodoo.

And Amon will be right to revolt!

And I just noticed that everyone in this room, talking about this issue, is once again, a bunch of benders.

Oh Tarlok, is being a jerk again. He just basically made Beifong assume responsibility for all of the spectators. AND AS LONG AS IT WASN’T ON HIM ANYMORE, HE WAS ALL “GAME ON!”.

Also, my does Tenzin have no party? He’s just … Ned Starkin’ it. Being noble. … Alone. Thankfully, this is billed as a kid’s show, so it’s highly unlikely that he’ll get his head chopped off.

AND NOW THEY’RE HAVING A PRIVATE CONVO IN THE HALL

CAN I PLEASE BE RIGHT ABOUT HER BEING TENZIN’S ASAMI?!

His dad and Beifong got along awesomely (can you imagine growing up with Uncle Aang? That would be great. He would be your favorite uncle. No question).

KORRA’S PUTTING IT TOGETHER!!!!

“WHY AM I EVEN TELLING YOU THIS?”

I love that Korra’s making Tenzin reminisce/put on a stupid sparklyface/be embarrassed about his younger self.

Okay, I get that Amon is a daunting evil genius, but I am really starting to suspect a mole, because otherwise I have no idea how he predicts things correctly so often.

I mean, I would love for there to be a mole because THAT WOULD BE GREAT.

Secret theories/dreams about the mole:

b)    If it’s not, I hope it’s some faceless/nameless council member that we haven’t met yet, who’s bitter about being unimportant

c)    It would be great if it were Beifong, but if it were, I feel like that would be mentioned/ revealed /subtext in this storyline between her and Tenzin. And alas, there’s no sign of that.

e)    The Wolfbats could be the champs because they figured out how to do sneaky sabotage chi-blocking. Which seems less feasible given the logistics of pro ending, but, hey, a girl can hope.

…. Hopefully this stadium doesn’t blow up, but it probably won’t. I feel like Amon’s going to use it to chi-block Korra and the gang publically.

Cut To: The Probending Arena for the Championship Finals

THERE ARE CARTOON PEOPLE DRESSED UP AS THE FIRE FERRETS IN THE STANDS!!!

Also, I’m going as them for Halloween now (the fangirl dressed like Korra. Not Korra).

Asami and Mako are blowing kisses to each other, and Korra’s rolling her eyes and groaning.

Why do the Wolfbats have the costumes/hair/pyrotechnics of an 80’s hair band?

Ooh, Maybe it’s because they paid off the refs/the whole world.

KORRA’S HANGING ON BY LITERALLY ONE HAND

MANAGES TO HOLD ONTO MAKO

SWING HIM BACK ONTO THE PLAYING PLATFORM?

Remember that one time when she was the avatar and therefore was allowed ungodly luck/arm strength?

Also, Korra, you really gotta stop being tempted by the idea of just kicking the crap out of people as your first recourse. It’s just not very productive.

And does anyone else find it weird that Mako’s the playmaker/sensible one in the trio?

I mean, thank god, otherwise I would get more annoyed with him all the time, but it’s just weird (nice weird, mind you, but weird) to be reminded that he’s helpful and an essential part of why they’re a good team.

Everybody gets to be awesome at stuff and an awesome person.

Korra kicked the guano out of Tano

(and she still keeps calling him Pretty Boy.

BEIFONG AND KORRA SHOULD SO BE BEST FRIENDS PLEASE?

The … Wolfbats won by hitting the fire ferrets in the face with rocks. Seriously guys?

THEY HAVE BIONIC HAND WEAPONS IN THEIR POPCORN!!!!

Best use of concessions ever.

So… they’re taking out the police? I guess? Or just regular audience members (that would be really dumb)?

We’re going with the police.

Amon’s creepy man is electrocuting the fire ferrets in the pool.

This is also bringing up a lot of Pokémon flashbacks.  I mean, when Pikachu wasn’t winning because of his Heart and Love For Ash, he was winning because some dumb hick from whatever one-horse “city” they were in would forget that water conducts electricity. Blah blah blah.

Oh no! They’re going to electrocute the reporter/narrator.

“I am currently wetting my pants, folks.”

And here’s Amon, on the platform, staring down Tano.

Kora’and the fire ferrets are floating belly up, getting fished out of the pool

The Wolfbats blow compared to the chi-blockers/Equalists. Those guys are brutally efficient.

DID AMON TAKE THE WOLFBAT’S POWERS?

Korra’s getting dragged and now there are flashbacks.

And what are these flashbacks?

There’s … Toph, I’m pretty sure, and Aang, and I don’t know who/what else.

Maybe Amon is that guy that Aang thought he put away?

That other guy they mentioned once a couple episodes ago?

Amon was bullied as a child.

So now you’re going to take away an epic part of people’s identities?

Someone did not go to therapy.

(Although to be fair, if he’s not lying, some bender did take away HIS FACE. …so… that is rough)

Okay, the Wolfbats are alive.

Not happy, not bending.

Amon just talked about bending as an impurity (and he just unfurled some crazy flags all over the stadium, and I didn’t even know that things could do this, but somehow he just went from 0 to Nazi in like, two seconds).

Man, and just when I thought we’d dodged a darkness bullet in terms of the dead Wolfbats issue.

Cut to: The Fire Ferrets tied up under the tournament platform.

Pabu is going to save the Fire Ferrets. By eating some rope.

In terms of, only some are born with bending, but everyone can buy a bionic hand chi-blocker/taser.

Amon’s airlifting himself out of there.

…With no special care paid to Korra and the gang…. which is weird to me, but … presumably he has other, bigger plans for her later

Uh, see that part where the water doesn’t reach?

This is where that airbending training you’ve been neglecting would help.

Man, these fight sequences are so much better than the probending sequences.

Uh I think Beifong just did some break dancing earthbending.

Cut to: They’re safe on the ground with Tenzin and the Fire Ferret bros

Beifong: “I played right into his hands.”

Yes, yes you did.

That was the end of the episode.

Okay, so… while a lot of stuff did happen in this episode, I feel like, more than anything, this episode sets us up nicely for the rest of the season.

Amon’s free (because with his hot air balloon escape shenanigans, he is clearly also Carmen Sandiego), The Wolfbats have won the championships, I guess (but they’ll also never pro bend again. I mean, they’ll never bend again at all), the Asami/Mako/Korra triangle is on the back burner, and we’ve planted the seeds of

b)    The fact that Korra’s still not an airbender yet, and she’s going to need to be.

I’m pretty stoked for all of that to unfold.

(And if Korra and Beifong could be besties Mentor/Mentee, that would be really really great).

See you next week!