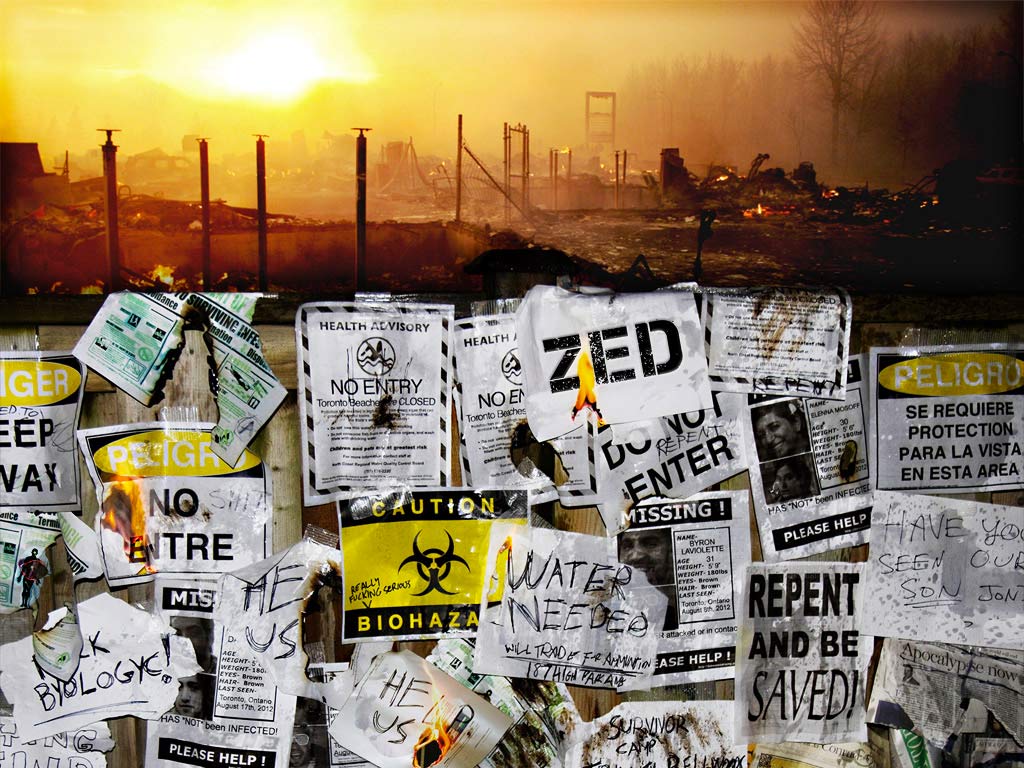 Preview: ZED (The Zombie Apocalypse is Here and Now)

This looks awesome. Why am I not going to be in Toronto for this?! Why?! Why? Waaaaah.

Oh, my darling reader, you’re so polite—anything for you. ZED.TO is an interactive theatre experience in various locales in/around Toronto, spanning several months (it goes until November), and yeah, it’s about the zombie apocalypse. Specifically, ZED tracks the rise and fall of ByoLogyc, a fictional biotech company based in Toronto, and the subsequent ZOMBIE APOCALYPSE!!! This thing has theatre, it has zombies, it has sinister biology—I could practically burst into a loud and macabre rendition of “My Favorite Things,” but I’ll spare you. According to the ZED website, we’re currently in Phase One of the project—the ramp up of awareness, fundraising, and laying the groundwork for future interactive events.

Clearly, I’m excited about the idea of ZED. But, I haven’t actually seen anything other than the website/haven’t been to an event, so we should remember to approach with caution. Interactive theatre is tricky and, despite their prevalence in popular media of late, so are good zombie stories. Interactive theatre’s tricky because well… how far is too far? How does the theatre company set ground rules, and how does the audience feel free to participate, and yet, somehow magically know and follow the rules? At its best, interactive theatre makes it so that the audience gets to play, and at worst it can be wildly uncomfortable. As I’ve mentioned before, I had the pleasure to work as a steward at the Boston production of Sleep No More, so I tend to have high hopes for interactive theatre—but of course, everybody’s gonna have their own perspective, and experience. Zombie stories are tricky because you can’t have distractingly bad science (because I will get irate and obnoxious about it, and nobody wants that), but you shouldn’t really focus on the science either (in my humble opinion. …There are zombies to fight, man! I don’t want a discourse on OChem), and you should preserve a realistic sense of what people are actually like under duress (sure, there are some heroes, but there are a lot more looters, and wusses, and cruel/self-interested opportunists than martyrs), because that’s what makes it interesting.*

*Zombies themselves are tricky because depending on the mythology you’re working with, a shovel or a double tap isn’t always enough

Having thoroughly investigated the ByoLogyc website, all I can say is that if the minds of The Mission Business (the “adventure laboratory” behind ZED) can pull off the whole project with the kind of care and attention to detail that’s gone into the site so far, this thing is going to be stupendous.

If you like zombies, and theatre (and zombie theatre) you should check out the Zed.To website, follow @ZEDToronto and @ByoLogyc and get ready to participate in the apocalypse.