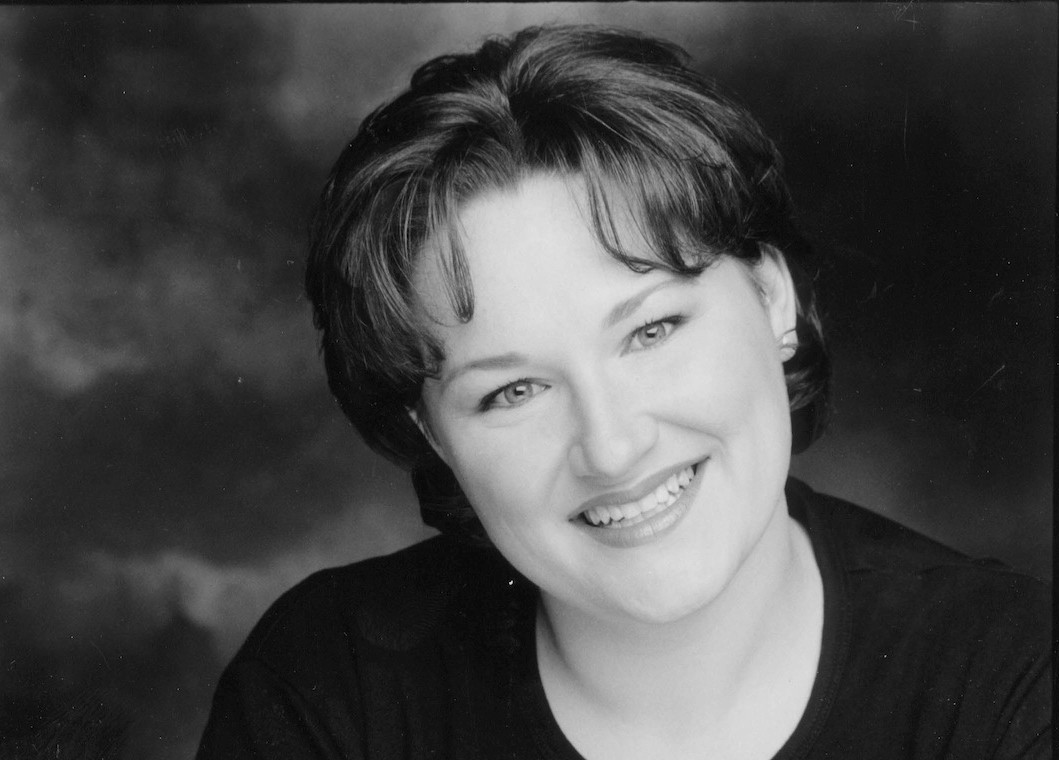 Thank god for “The Best of Fringe, Uptown”. Without that fantastic series at The Young Centre for the Performing Arts, I would have missed three of the best productions of 2011. One of those superb pieces was Remember, Maggy?, a heartbreaking yet very funny story about two polar-opposite sisters and the role memory plays in their lives. It’s a brilliant piece that I hope to see mounted again and again. It’s best actor, Denise Oucharek (nominated for Best Fringe Performer in the 2011 My Theatre Awards), gave such a stirring and nuanced performance that it’s still burned in my brain.

Can you remember your first experience with theatre?
Yes, I played Mary in a kindergarten Christmas pageant!  Legend has it that my mother was late for the performance and I flat out refused to go on until she arrived.

What actors and actresses have always inspired you? Are they the same today?
Brent Carver has always inspired me.  I first saw him play Hamlet at Stratford when I was in grade 9.  My mom was a chaperone on that trip.  On the way home on the bus, I was unusually silent.  My mom asked me what was wrong and I told her that nothing was wrong, I was just thinking about the future and that I had decided what I wanted to do with my life.  When she inquired further I told her I wanted to do what Mr. Carver did, so she said, “oh, so you want to be an actor?”  “No, I don’t want to be an actor, I want to do what he did.”  I could not fully articulate what the difference was at that time but I now think that what I was discerning was the difference between those who “perform” or “show” and those who simply exist as a character.  They just “are” that person, so fully present in that character, that play, that moment.  Anyway, I would like to strive for that kind of work.  Don’t know if I will ever be able to, or have the opportunity to do so but I still hold that ideal up for myself, there is always more and you can always be better.

If you could perform on any stage in the world, which would you choose?
Wow, that is a loaded question.  I’m not sure.  I love our beautiful large T.O theatres like the Royal Alex, the POW, the Winter Garden/Elgin and of course the newly renamed Ed Mirvish Theatre and have been lucky to have performed in a couple of them but I would have to put these ones on the list: The Met, ANY Broadway Theatre, and the stunning Koerner Hall here in T.O.  I really love the atmosphere of London’s West end too; such a hub of activity so put any of those beautiful historic theatres on the list too!!!

Where did you study/develop as an actor?
I took acting classes in Mississauga while growing up but my post secondary level training came from Queen’s University in Kingston.

Do you have any dream roles you think are perfectly suited to you or something completely against type you’d love to try as a big challenge one day?
Again, a loaded question and the list is long and varied.  I would like to play both Mamma and Jessie in night mother, Becca in Rabbit Hole, Lady M in the Scottish play….and the list goes on.  It’s the same for musicals, endless.

Which directors and actors have had a major influence on you throughout your career?
Mr. Carver we have already discussed, and I could name all the big actors and directors of course who’s inspiration is obvious to so many in the industry but I think that realistically speaking it is the actors and the directors I have worked with directly who have had the greatest influence on me, the people who I have shared both the good and bad experiences with in productions that thrived and failed.  I wouldn’t trade any of them because they all shape who you are which in turn shapes your work.

What’s your favourite role you’ve ever played or production you’ve ever been in?
I loved playing Lily in The Secret Garden, one of the most beautiful singing roles ever; Anna Russell a one-woman show I perform about the Canadian comic/music satirist legend; Rosie in Mamma Mia; the Witch in Into the Woods,  and Kate in Remember, Maggy?

Tell me about Remember, Maggie?, how did you develop your original character?
Kate was developed through the rehearsal process with director and author Matt Murray.  She has a long arc to her journey, which was fun to find.  There comes a point where she cracks and can no longer enable her sister.  She has to recognize her own role and contribution to the disintegration of the relationship and ultimately free herself from it by finally having a voice and taking a stand.   I am very different than Kate and frankly, her vulnerability scared the hell out of me.  I am a really guarded person and it was hard to find those places at times.  The cast of women was so wonderful and we just clicked.  This made it safe to explore.  Matt had a wonderful way of letting us explore outside of the scripted material itself, which was really useful.

How did it feel getting picked for the Best of Fringe?
Maggy is only the second Fringe production I have ever been a part of, the first being in the 2010 Fringe; Joe White and the Seven Divorces in which I played the role of “Doc”.  Both of those shows were chosen for Best of Fringe and that is just amazing.  Everyone’s goal is to create good and truthful work but to have it recognized in that way is really special and unexpected.

Do you have a favourite moment in that production?
I have several favorite moments in Remember Maggy? But I would have to say that the moment near the end of the piece where Kate finally finds her voice and takes a stand for the first time in her life is perhaps my favorite.  Such a painful personal triumph of character and the times when those moments were really connected and grounded was really fulfilling.

What are some of the challenges and rewards of doing a Fringe show over a regular run?
The logistical challenges are the hardest, getting the right people and then working around the schedules of a busy cast to put the piece together but the reward is being a part of something new, something you can explore before anyone else and put your stamp on.  Being on the ground floor of anything is a wonderful honor not to be taken for granted.

You also spent 2 years in the Toronto cast of Mamma Mia. What was that experience like?
I loved being a part of Mamma Mia.  I was involved very early in its history in T.O and it really was a thrill.  I was a huuuuuuuge ABBA fan growing up so it was really surreal to be singing that stuff on stage every night.  Truly a career highlight.

How much fun is Rosie?
Rosie is such a wonderful role.  In the first year of my contract I was lucky to have the chance to perform her quite a bit, an opportunity not often afforded an understudy and I was so thankful.  When I left the show I had always hoped I would have the chance to play her again someday.  Perhaps I still will, only the theatre Gods know for sure!!

If you could pick one definitive moment in your career up to this point, what would it be?
Well, I would have to say landing a part in Mamma Mia.  Doing a large commercial production puts you on the radar of certain people, which is nice.  I have always felt like I was growing into my place in this industry, still do.  Don’t know where I’ll end up but I know it’s where I feel I fit best.

What are you doing now/ what’s your next project?
I am currently continuing to work on my one-woman show Toad, The Anna Russell Story written by Marc Richard, with bookings here and there.  I also teach/coach as well as serve as Artistic Director for The Mississauga Youth Theatre which I have done for almost the last 20 years.  That, combined with being Mom to 2 young children keeps me fairly busy.  Don’t know what lies ahead but I’m ready for it, whatever it is.

Do you have anything you’d like to add?
I guess I’d just like to add how very thankful I have been for my Fringe experience.  Being a part of the Fringe somehow seems to connect you to such a far-reaching span of colleagues that you may not otherwise have had the chance to connect to.  Everyone is on even footing, working hard to develop and promote his or her work.  It is special and has a feel of excitement and passion, which is inspiring and motivating.  The quality of the work I saw at last years Fringe was outstanding my work to be acknowledged in any way is mind blowing to me.  Long live the Fringe!