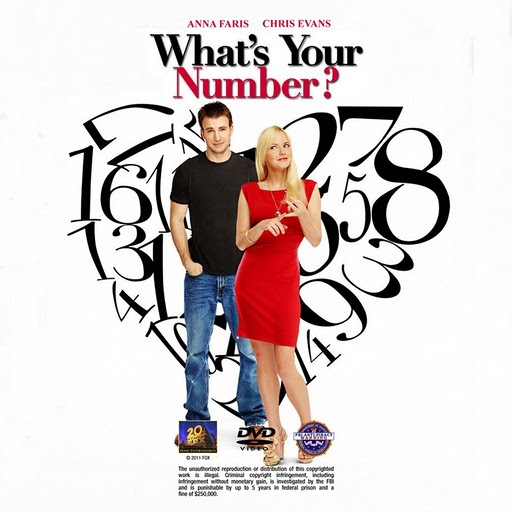 I am the first one to admit that I flipflop on this issue. I am a massive Rom-Com fan. It’s probably my favourite genre. When I was little and we went to Men in Black for my brother’s birthday and I got really scared by that opening scene where they blow up the alien, my mother and I snuck across the hall to the theatre showing My Best Friend’s Wedding, and it’s been my comfort food ever since. I think Love, Actually is one of the most all-round perfectly crafted films ever made; When Harry Met Sally has an unparalleled script; Never Been Kissed is laugh-out-loud funny and achingly heartfelt. But that love also makes me hyper critical sometimes. Of all my Rom-Com-loving friends, I’m the only one who refuses to watch 17 Dresses again and rails against He’s Just Not That Into You‘s twisting of its own founding principle;  I think Bridesmaids is overrated (still good, but overrated), and (I know it’s lacking the “com” part of the equation, but) I simply cannot stand The Notebook. So I sometimes stay away from the genre when some brave filmmaker attempts to sell it to the cynical modern audience in this age of hipster detachment and rebellion against earnest sentimentality and romantic ideals. I find most romantic comedies these days impossibly strained (New Years Eve), horribly miscast (One Day), too tampered-with (Something Borrowed), flat-out frustrating (Friends with Benefits) or downright depressing (why on earth are we teaching young girls that they should fall for neanderthals like Gerard Butler in The Ugly Truth?!). So when critics rallied against Anna Faris’ predictable search for “the one”, What’s Your Number?, calling it crass and soulless, I changed my plans and saw something else instead. Then, in the wee hours of this morning, I randomly followed my instinct to order it On Demand. And I’ve got to say, I kind of loved it.

Inconsistent, I know; maybe I was just in the right mood. But, as someone with a very low tolerance of raunch for raunch’s sake, I’ve got to say I didn’t find it all that raunchy. And isn’t that what “crass” usually means? People use it as a substitute for “raunchy”, “low-class” and “foul-mouthed”, and while What’s Your Number? isn’t the picture of sophistication, it’s none of those things either. The trailer, for example, cut Ari Graynor’s character off as she explained that Chris Evan’s Colin doesn’t like to play the guitar naked because it’s cold against his… An edit like that makes me think that what’s next is some sort of filthy euphemism; in reality, the end of the line is “penis”- dear human beings, that’s not even an interesting word, let alone a dirty one, it’s matter-of-fact. Also, I would imagine that, yes, that would be cold, Colin has a point. In any case, for a comedy about how many men one woman has slept with, What’s Your Number? is far from a sex comedy. It’s a Romantic Comedy- capitol R, capitol C. It’s got all the tropes (and isn’t ashamed of them like so many others this year- yes, you, Friends with Benefits) but it somehow doesn’t feel machine-made the way New Years Eve did. What’s Your Number? follows a beloved formula and follows it well- what’s wrong with that?

Anna Faris’ bumbling, doe-eyed blond shtick can be grating, and I certainly had trouble buying her as the daughter of an uppity socialite, but she’s charming as Ally, realistically flawed with just enough actual person-ness to carry a movie like this while a Jessica Biel or Mila Kunis would have just annoyed me with their “why does everyone break up with me?!” routine. Graynor is delightful as Ally’s engaged sister Daisy and I was refreshed to find that Ally’s worries weren’t concentrated on competing with Daisy and melting down over it being her younger sister who’s getting hitched (“oh, at 28 I’m so old! and I will never be loved and therefore have no worth at all! I’ve clearly lost the game of life!”- is anyone else sick of that crap?). Two of Daisy’s woefully underused bridesmaids are the always-fabulous Eliza Coupe and (welcome back!) sweetie pie Heather Burns. Blythe Danner is perfectly cast (if boringly familiar) as the prissy, controlling mother and Ally’s roster of ex boyfriends is filled with such fantastic faces as the overwhelmingly perfect (and thus brilliantly cast) Dave Annable (as “we will come back to this point” Jake), Faris’ real-life hubby Chris Pratt (a personal favourite!), Martin Freeman (of Love, Actually, The Office and impending Hobbit fame), SNL‘s Andy Samberg, a wonderfully horrible hipster Zachary Quinto and the dangerously slimy-chic Joel McHale; (the well-tuned ear can also pick up that it’s totally Aziz Ansari leaving that voicemail as “Jay from Club Med”). I wasn’t sold on Ed Begley Jr. as Ally’s supposedly disinterested father but near the end it dawned on me that my opinion of him had been formed entirely by the assumptions his family (mostly his ex-wife) made about him and that he was actually kind of wonderful- I particularly enjoyed his “our rhythm is a little offbeat” pep talk and subsequent wild wedding dancing.

The cast is pretty solid, and Gabrielle Allan & Jennifer Crittenden’s script is better than it’s given credit for being, so they’ve taken care of most of the comedy (along with Faris’ chops as a physical comedian), but the romance is largely carried by Chris Evans as the sexy playboy neighbour Colin. I know, that sounds horrible, but it’s somehow not. First of all, despite his Captain America “I’m an action star”-ness, Evans is actually perfectly suited to Rom-Coms. He got his start in the surprisingly sweet Not Another Teen Movie (playing every Freddie Prinze Jr. role ever) and here he proves yet again that he can sell a complete character transformation and the inner-nice-guy thing like the best of Rom-Com royalty. He’s got the sort of easy timing that’s funny without pining for laughs and I’m giving him total credit for his surprisingly hot chemistry with Faris, because that’s not her strong suit, but it was there anyway. Colin is every not-brilliantly-developed leading man in the “right in front of your eyes” brand of love story, but Evans makes it work, and that’s really what it comes down to with these things. They can write clever banter, assign sexy costumes, tinker with the lighting, but if the actors don’t capture that butterfly feeling at the heart of the genre, the movie simply won’t work. It’s Evans that makes What’s Your Number? work.

As a general rule, I’m not crazy about films where the perfectly decent, well-educated, well-mannered good guy (let’s call him “the James Marsden model”) is dumped in favour of the snippy, often a bit sleazy, generally unreliable, probably somewhat damaged “true love” guy (even if those qualities are masked, or ignorable- as they are here). It drives me crazy in The Notebook, it’s simply reprehensible in The Ugly Truth and even bothers me a bit in Xmen. (This is why I love My Best Friend’s Wedding so much- he ends up with the better girl, even though she’s less “exciting”). The idea that Jake was wrong for Ally because her mother liked him (hi, Notebook!) just wouldn’t have sat well with me if it weren’t for the actual chemical evidence. It’s not because he didn’t support her sculpting (that was just lazy writer trickery) and it’s not because he was put off by her having slept with 20 men (I’m actually sort of on board with that one- major prude here, reporting for duty); I honestly didn’t mind the easy dismissal (and mild subsequent vilification) of Jake, because he was so very clearly wrong for Ally- she fit better with Colin, and that was really well conveyed through actual dialogue and interaction, not just through silly sculpture-related gestures and the general assumption that “too good to be true” is an actual thing. This wasn’t one of those movies where the bad guy is “made a better man” by the heroine’s love, or their flaws are overcome “because they’re soul mates”, she just goes with the guy she likes better- it’s a lot less epic and a lot more tolerable.

What’s Your Number? is far from perfect, but I can safely say it was in my top 2 Romantic Comedies of 2011 (I can’t help it, I really loved Something Borrowed), and in a sweetness-starved market, a nice dose of oldschool romantic optimism in a conventional Rom-Com setup was exactly what I needed.