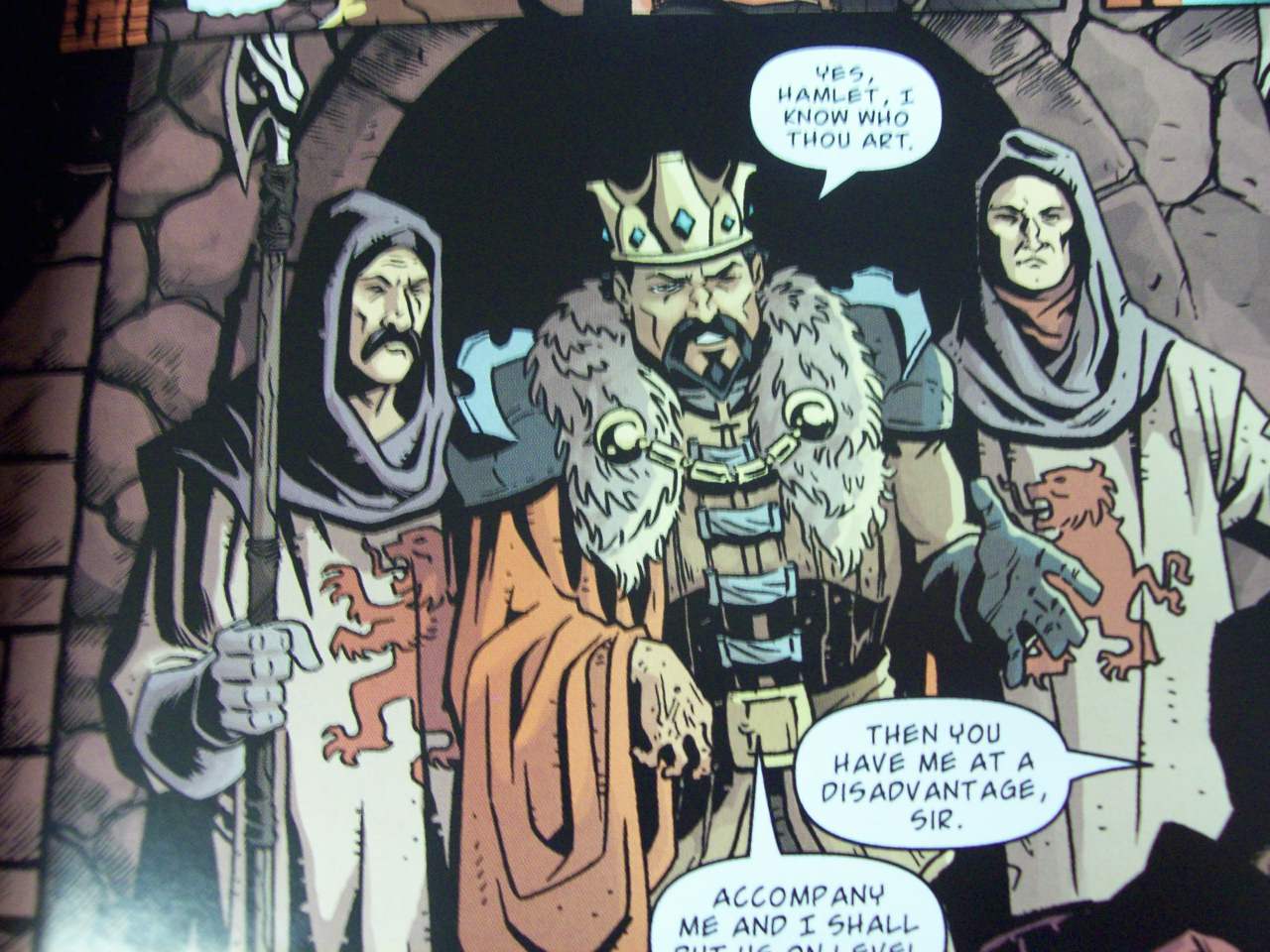 Remember, Kill Shakespeare is a comic book series about two factions of Shakespeare characters trying to save or kill the god/wizard Will Shakespeare. In this corner, we have The Heroes (trying to save Will): Hamlet, Juliet, Othello, Falstaff, and co. In this corner, we have The Villains (trying to kill Bill and steal his magical quill—I couldn’t help myself. Also, not a euphemism. Really, that’s their evil plan.): Richard III, Lady Macbeth, Iago, and (sort of) the Witches.

My opinion has changed (I know. It’s a mid-January miracle!).

Volume 2 fixed all the problems I had with Volume 1.

I wanted more depth? Done-zo. The world in Volume 2 has history, and weight, and it’s just…deeper. We mostly get that when the characters make it clear that they had lives before the events of Volume 1, and have opinions, and hang-ups, and complicate the mythology around the wizard/god Shakespeare with their own beliefs/interpretations. It’s pretty wonderful.

I wanted more back-story? Poof! Back-story for pretty much everybody of interest. Juliet tells us how she came to lead a revolution, Hamlet clarifies his story, and the Othello and Iago back-story they allude to in Volume 1 comes out. The way Hamlet told his history made me appreciate this Hamlet as a specific character in his own right—one who is torn and confused, but mature and intelligent. He explains his relationship with his father and it’s actually one of the best, most interesting interpretations of “He was a man, take him for all in all” that I’ve ever read/heard/experienced (Hamlet I.ii.394. Yeah. I just laid a citation down on you. You like it). The Othello and Iago history is handled especially well—with appropriate psychological ramifications, nuanced questions of villainy/heroism, and deft use (but not surrender to) the plot of the play.

I wanted more character psychology? Alakazam! There it is. Hamlet gets plenty (as usual), Othello and the other heroes get flashes. Iago gets some fascinating stuff to do. And Richard. Richard gets to be a great character—much more than a cookie-cutter villain, but in subtle little lines, without any clunky Let-Me-Tell-You-Why-I’m-Homicidal monologues.

And the plot keeps rolling, so we meet new characters, see a reverse-balcony scene, and do our best to keep track of Lady Mac’s very tangled web. The art remains wonderfully colored, cinematic, and excellently paneled—particularly in the mirror section (you’ll see), and the Easter Eggs just keep coming.

It’s not perfect—the language can be an odd mélange of direct quotes from the plays, some thee’s and thou’s, and some anachronistically modern turns of phrase; the art can get a little too crowded sometimes; the end is kind of weak—and not everyone’s going to like it. But Volume 2 gave me everything I asked for, so I had a ball.

The end of Volume 2 feels like The End, but they left themselves a window, so we’ll see.