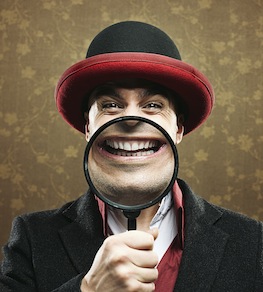 As I mentioned in my last review, November was full of Shakespeare. My second show was at Brandeis University, featuring an original adaption of Comedy of Errors by Bill Barclay, a Resident Acting Company member of the Actor’s Shakespeare Project. Barclay also directed this unique production, which starred Brandeis University students with award-winning community actors.

The production dazzled at first glance because it was set with a Middle Eastern influence on a thrust stage. A stream of instrumentalists stealthily took the stage when the lights dimmed, and strummed, beat, and jingled the entrance of the foppish Duke of Ephesus, played by Ben Gold. I’d never seen a funny take on the stoic Duke, who condemns poor Aegeon (played with pathos by Chuck Schwager) to die at sundown. One of my favorite parts was the use of puppetry by the actors. The opening scene of Comedy of Errors typically struggles through a long stream of exposition by Aegeon, but Schwager’s empathetic portrayal and the shadow-puppet storytelling substantially helped the scene’s pacing.

The pacing as a whole was a huge success for Barclay’s production. The scenes transitioned seamlessly with the help of Barclay’s original music and no blackouts. I was impressed with the musicianship and theatricality of this troupe. The instruments were not traditional orchestra instruments, but the musicians carried the intricate melodies with gusto. I was especially impressed with the recurring motifs, which strengthened the production’s themes and storytelling. I was unsure what the changed location revealed about the story, but I don’t consider this Shakespeare play to be an amazing thematic work, and I appreciate the play for its rich storytelling.

To that end, the cast did an admirable job creating the play’s farcical moments. The best actors were Antipholus and Dromio of Syracuse, master-servant team played by Aidan Horowitz and Jared Greenberg, respectively. This pairing had exceptional timing and delivery of the Shakespeare lines. I found their mastery of the language to be commendable for their young age, especially since both actors lack any formal Shakespeare training. Their facial expressions added scores to their performance. Their chemistry was palpable, and their friendship felt truly genuine. This production sparkled with extra energy because the play included two sets of twin actors, exactly what the story requires, but few companies can accommodate this need. Opposite Greenberg was his twin brother Zachary Greenberg, playing Dromio of Ephesus, and opposite Horowitz was his twin brother Dotan Horowitz, playing Antipholus of Ephesus. Whatever mastery of the language Zachary and Dotan lacked, they made up tenfold in energy. Their scenes raced and swerved and neither actor let the language impede their focus or goals.

I can’t say that energy always helped the performance, however. Nicole Carlson as Adriana, Antipholus of Ephesus’s wife, and Leah Carnow as Luciana, Adriana’s young sister, were some of the most dynamic actors in the production, but I don’t know if this spark was as productive as intended. Carlson acted like a raging squirrel who let nothing, or no one, stop her from getting what she wanted, namely her husband. Her vocal register agitated and annoyed within minutes. Carnow could barely save the scenes from splintering headaches as she would often match Carlson’s vocal patterns and storm. I respected their understanding of the language, but I wish they had channeled this knowledge into a more nuanced performance.

The ensemble was commendable in their ability to create fully fleshed-out characters from their minimal stage-time, and each crowd scene buzzed with an appropriate level of personality. Barclay deserves respect for his ability to draw this skill from his young actors without overdoing the activity onstage. Overall, the show buzzed with just the right amount of energy for a highly enjoyable interpretation of one of Shakespeare’s weaker plays. These actors, especially Jared Greenberg and Aidan Horowitz, did not make their performance weaker because of the texts’ limitations. Instead, they excelled by adding their own interpretation and nuances to the text. Together with Zachary Greenberg and Dotan Horowitz’s energy, these four actors were a delight to watch and to laugh at through the evening’s debacles and triumphs. There was just enough naïveté to make any mistakes into a comedy, creating a wonderful mix for Comedy of Errors to excel as a production.